Freedom camping spots causing problems around Whangārei could be in for the chop as the district grapples with a 160 percent increase in freedom campers in just three years. 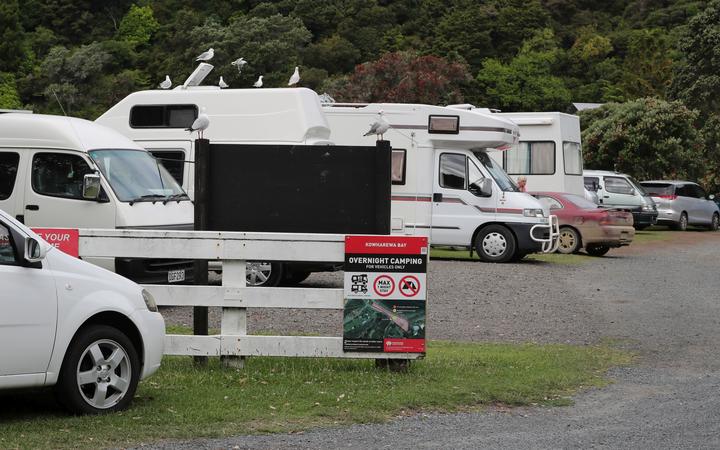 The increased demand means the council has brought forward the review of its first-ever Camping In Public Places Bylaw which came into force three years ago. A public consultation review is scheduled for September/October and a new draft bylaw is expected by December with final adoption in February.

Restrictions under the bylaw review would have to be done within the constraints of the Freedom Camping Act, Strohush said.

Strohush said freedom camping growth came alongside a big increase in the number of visitors to Whangārei which also put pressure on popular beaches and public places. There were 7000 extra visitors between 2017 and 2020.

Demand was expected to continue growing, even with Covid-19 impacts. "We expect demand to bounce back going just with domestic tourism."

International travel would likely resume in five to 10 years, adding to domestic growth.

There had been a drop of only 20 percent in Whangārei district freedom camping numbers at Queen's Birthday weekend, the first long weekend after the Covid-19 lockdown.

"There were 333 freedom campers staying this year compared with 419 last year," Strohush said.

Vehicles that aren't self-contained cause concern

More freedom campers resulted in conflicts over competing uses and difficulties with public access in problem hot spots. There were concerns over freedom campers travelling in vehicles that weren't self-contained. Overcrowding was also among the issues.

Eleven other freedom camping areas are also to be dealt with - eight are new default sites that are to be regulated.

Three already-designated freedom camping sites are to be modified at Te Matau a Pohe bascule bridge (Hatea River), Finlayson/Reyburn Lane beside the Whangārei Town Basin and at Parua Bay.