A survey of freedom camping in Kaikōura has found most locals believe it is of little or no benefit to the town, damages the environment and poses a risk to health and safety. 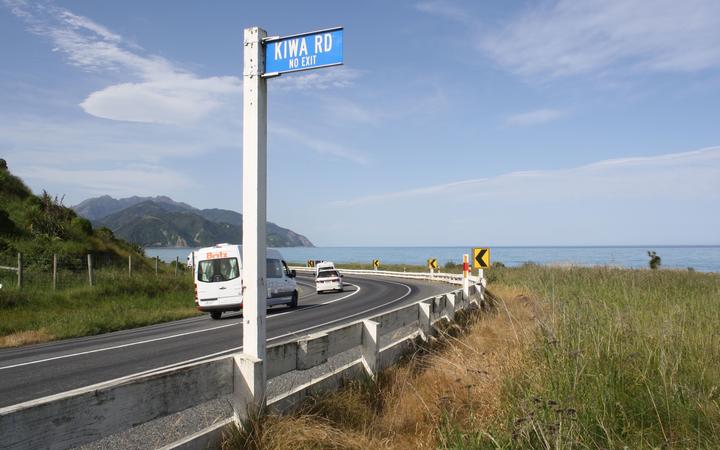 The survey also recommends a rethink of council policy on freedom camping in the wake of Covid-19.

The report was commissioned by the Kaikōura District Council and carried out by NZ Tourism Institute researchers at the Auckland University of Technology over summer and autumn, after the council's Responsible Freedom Camping Bylaw came into force in December.

Visitors, businesses and residents were quizzed on their experiences and thoughts on freedom camping in Kaikōura and asked for suggestions on how the system might be improved.

Comments included: "Their cost is both financial in managing them and their waste and a cost to our environment when the many non-self-contained campers defecate and urinate and leave wads of faeces-covered toilet paper when they stay where there are no toilets."

"How can a community that is meant to pride itself upon green ideals, sustainability and caring for its environment spend so much of its hard-earned resources providing facilities for a group that gives very little back but takes so much?"

Other residents said freedom campers were an "eyesore" in areas the public used, and often formed groups that intimidated locals, and restricted the use of pathways.

"Constantly seeing toilet waste near all the designated areas - totally degrading our town," one respondent told the survey.

Under the Freedom Camping Act, councils can regulate freedom camping but they cannot absolutely prohibit it.

A third of visitors reported however that they had stayed at least one night at non-permitted locations Kiwa Road and Okiwi Bay.

A number of Kaikōura businesses were also unimpressed with the freedom campers: with 46 percent saying their businesses were directly related to the visitor industry, 53 percent disagreed that the campers were good for their business or the local economy, and 60 percent said they had a negative impact on the natural environment.

The survey canvassed the views of 439 freedom campers over summer and found 68 percent were New Zealanders and 32 percent were from overseas, mainly Germany.

The average stay in Kaikōura was two nights, and the average spend was $181 in that time, with overseas visitors spending slightly less. 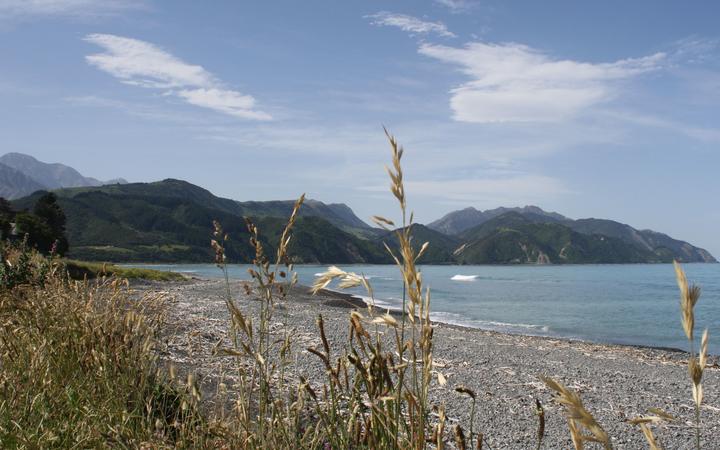 Just 38 percent had also stayed at a motel or paid campsite, and 60 percent said if freedom camping had not also been available they would have left. The freedom campers had a much rosier view of their visits than the locals' take on it.

Most felt they had a positive effect on the natural environment, with 74 percent reporting they had collected rubbish and cleaned up campsites and beaches.

Fifty percent felt they had also helped the local economy, by supporting local businesses, arts and crafts and tour operators.

They also had some suggestions for improvements Kaikōura could make to enhance their experience, including better camp sites, shower and toilet facilities, cycle and walking tracks and more outdoor experiences, like fishing trips.

The vast majority of businesses said they wanted better systems put in place to control or restrict freedom camping and less than a quarter believed the bylaw would result in effective management.

Some suggested free sites should be moved from the town centre to other sites with basic facilities that could be monitored and policed.

Fewer than 10 percent of businesses surveyed had any plans to explore the opportunities campers presented.

That raised an important question for the council consider, the report said.

"Who are you creating value for? Is it the communities of the Kaikōura district or the tourism system in these host communities? Or both? There is a growing realisation in destination management that tourism is everyone's business including community.

"Residents have a strong sense of attachment to Kaikōura and the beautiful, natural environment where they can participate in outdoor activities.

"There is no question however that Responsible Camping in Kaikōura has led to what locals perceive as a degradation of their town and the natural environment; and has also underpinned and fuelled tensions between residents and RC visitors and between residents themselves. "

As the world navigated the coronavirus crisis, governments and communities would need to apply a new perspective on 'responsible' camping, the report warned.

"The influence of Covid-19 on consumer behaviour will leave little tolerance for overcrowding; and even less for health and safety issues brought about by visitors - especially where community and business do not perceive that visitors bring adequate economic returns to the local area."

Post-Covid, local residents would be less tolerant of overcrowding and that called for stronger approaches to manage camper numbers in Kaikōura, the report said.

"If there is not enough room for social distancing visitors will go somewhere else. Destinations that focus on attracting 'more visitors' will have less income as space and distance becomes the new 'gold' for tourism - favouring destinations that are hygienic and not crowded."

Community respondents had expressed concern not only for the environment but also for their own health and safety and quality of life, and these concerns would likely grow, post Covid-19.

"Many feel violated by (freedom campers) and are deeply concerned at the misuse (or even abuse) of community resources and the impact that campers are having on their town."

That indicated that freedom camping in Kaikōura was not sustainable in its present form, the report said.

"The questions that need to be answered are: Has freedom camping in Kaikōura reached the point of diminishing marginal returns? Are the costs now outweighing the benefits for residents and businesses? To some extent, the findings from the surveys point to a 'yes' response to both questions."

Strong management plans would be needed now that visitors could travel between regions and engaging the community in that was essential, the report said.

"Community is the most important stakeholder in tourism planning. It is important to leverage residents' strong sense of ownership and ties to Kaikōura and ensure that community be empowered to engage with (freedom camping tourism) and have opportunities to make decisions about matters that directly affect them."

That could be as simple as a Facebook group; or a new section linked to an existing local web portal, the report said.

The council should also find a way to monitor freedom camper numbers, watch for overcrowding that excludes locals, report bad behaviour and enforce rules by beefing up patrols by staff, wardens and the ambassador scheme.

It should also investigate a user-pays system for facilities like toilets, showers and waste disposal, it concluded.

"The new post-Covid normal will undoubtedly require a community centric and ecosystem approach to RC tourism; one that protects both the environment and community quality of life."

The Kaikōura council said the freedom camping bylaw it introduced last summer was effective, contrary to the opinion of many locals who gave it the thumbs down in a council survey.

"It was brand-new and the approach taken especially in the earlier part of summer was on education and not enforcement. It was new to campers, community and the council," spokesperson Kate Finnerty said.

"The camping ambassadors were recruited just before this period and were effectively testing processes and practices initially. All this was planned.

The council did not know how many verbal warnings were issued to campers because those records were not kept, but the ambassadors issued a total of 25 fines of $200 over the summer for various offences including camping in a prohibited area; failing to correctly dispose of waste; breaching campsite restrictions; staying at a location for more than one night.

However, only five of the fines were paid.

The council had to cancel the other 10 - either because they were incorrectly issued, or the drivers had returned overseas. Pursuing them would be cost-prohibitive, it said.