E-scooter company Lime has made a formal proposal to operate in Rotorua, with planning under way for a six-month trial of 250 scooters.

The proposal comes seven months after Lime's e-scooters were banned from Auckland amid safety fears.

In a report to a Rotorua Lakes Council committee meeting on Thursday, council chief executive Geoff Williams said staff were "working through the relevant regulatory requirements" in response to Lime's request to trial the e-scooters in the city.

"A six-month trial involving 250 scooters will be undertaken at some point to allow [the] council and Lime to assess the effects of the activity.

"Detail on timing will be provided in due course, given the delay due to the Covid-19 epidemic."

Responding to questions from the Rotorua Daily Post, council operations manager Jocelyn Mikaere said Lime's application was still at the proposal stage and no decisions had been made yet, including timing for the trial.

The trial was not expected to have a cost to the council and no public consultation was required "at this stage" but the council had recommended Lime make contact with iwi "due to the land area at the lakefront being part of the 'gifted reserves' from Ngāti Whakaue to [the] council".

She said Lime was the only e-scooter operator to submit a proposal to operate in Rotorua.

A local company had expressed interest before the lockdown but the council had not received a formal proposal.

She referred questions about the proposed operation to Lime.

Lime public affairs manager Lauren Mentjox confirmed the company was talking with the council about bringing Lime e-scooters to Rotorua, and said Lime was "committed to working together to get the best outcome for the community".

She was unable to give an indication of timing yet. The company was also having similar conversations with other councils, including Tauranga City Council. 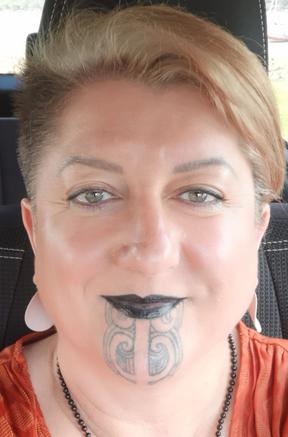 CCS Disability Action midland region general manager Colene Herbert said e-scooters should be ridden on the cycleway, not the footpath.

Devices such as e-scooters could compromise footpath safety, she said.

"I think they're creating unsafe spaces for pedestrians and for people who have compromised physical abilities."

Herbert said the council should consult with a "broad spectrum" of the community before conducting the trial.

"If you miss that really important step then you're potentially putting people at risk.

"Exploring the impacts prior to the impacts happening - that's always a good place to be."

"I don't see it being too much of a problem. It's worth having the trial."

He hoped the trial would be "monitored and evaluated well". 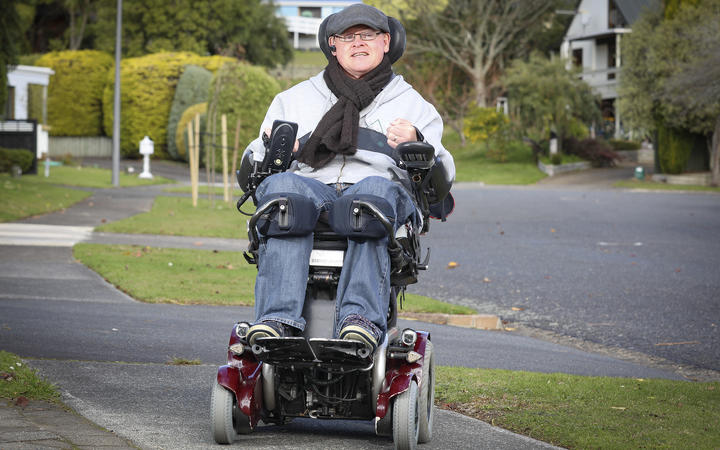 Tim Lee is a wheelchair user and says e-scooters across footpaths could be another obstacle for wheelchair users, but is open-minded to the trial if it's monitored and evaluated well. Photo: Andrew Warner / ROTORUA DAILY POST

However, fellow wheelchair user Roger Loveless said he would be "quite horrified" at the prospect.

He believed infrastructure - such as footpath widening, maintenance and curve cut-outs - needed to improve to accommodate e-scooters.

"Lime scooters are not really the problem. It's sharing the footpath."

Mandy Gudgeon worked for 12 years as an accessibility advisor with a disability service in Rotorua.

She said there were many kinds of disabilities, including invisible ones, and it was important considerations were made for people of all types of ability and impairment while the trial was under way.

She "sincerely hoped" the e-scooters would be speed limited, and "even better" if they were geo-fenced.

Geo-fencing allows companies to control where e-scooters can be ridden and limit their speeds in certain areas, and has been used in other cities such as Wellington.

Grey Power Rotorua president Miriam Ruberl said there was often resistance to something new and there were mobility scooter users who went too fast too.

If the trial was "well managed", the success of e-scooters in Rotorua would be "down to manners and consideration".

Lime scooters were removed from Auckland streets in December last year, along with locally-owned rival Wave, amid safety concerns.

A 23-year-old man, Toben John Hunt, died after an accident on a Lime scooter in Auckland in September 2019, and more than 2000 riders had been injured in the city.

An Auckland-centred study found there were 21 people who required 23 operations from e-scooter injuries between mid-October 2018 and the end of February 2019, at a total cost of $404,925.

In a Facebook post, we asked the people of Rotorua whether they were keen to see e-scooters on the streets. Here's what they said:

"[It would] be a mess like Auckland, scooters left lying around."

"Great idea but will they last? No."

"They'll end up broken, stolen and lying around town. People will get hurt and will keep A&E and lakes care busy with injuries. It will last all of five minutes."

"Dumped haphazardly all over the pavements in Auckland. What would prevent Rotorua doing [the] same if allowed?"

According to NZTA, e-scooters can be used on the footpath or road, but not in designated cycle lanes.

On the footpath, a user must operate the device in a "careful and considerate manner", at a speed that does not put other footpath users at risk, and give way to pedestrians and mobility device users.

On the road, e-scooters must be ridden as close to the side of the road as possible.

Helmets on e-scooters are not legally required, but are recommended.