Auckland Mayor Phil Goff has hit back at claims parts of the $1.4 billion Eastern Busway project are under threat due to council funding cuts. 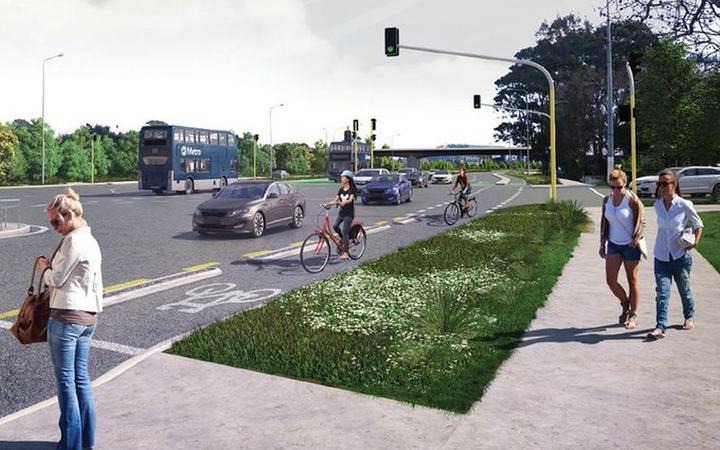 Mayor Phil Goff said any impact Covid-19 has on the Eastern Busway funding will be limited to delaying some land purchases associated. Photo: Supplied to LDR

Last week the council announced it will have to make across the board funding cuts to projects and services in this year's budget due to a projected fall in its revenue of over $500 million during the 2020/2021 financial year due to Covid-19.

In a press statement last week National MP Simeon Brown claimed parts of the Eastern Busway project, including the Reeves Road Flyover and the Pakuranga Bus Station, were now at risk.

"The choice placed before Pakuranga residents shouldn't need to be made, and can be avoided if the council and government finalise Auckland's portion of the $3 billion 'shovel-ready' infrastructure fund, which was promised in Budget 2020.

"Decisions are yet to be made on this funding, but the Eastern Busway seems an obvious choice given the Mayor himself has put it to the government for additional funding and said it will 'create a boost to jobs and incomes and assist Auckland's economic recovery.'"

The Eastern Busway will see three new stations at Panmure, Pakuranga and Botany connected by bus and cycle and walkways and is expected to be completed by 2025.

Last month Auckland Transport announced it was now accepting bids on a $450m contract to build the last stages of the project.

Goff said the busway is going ahead as planned and any impact Covid-19 has on its funding will be limited to delaying some land purchases associated with the project.

"The proposed budget has not been reduced further despite the challenging financial environment, which reflects our commitment to the project.

"The proposed changes in the proposed Emergency Budget would not see any significant changes to the timeline, scope or design of the project."

But he said he is still waiting to hear back from the government on which infrastructure projects, including the busway, will get additional funding.

"We want and expect the government to decide as soon as possible the projects that will be included in the 'shovel-ready' programme."

Goff said unfortunately it has to follow its own budgetary process and can't include funding that hasn't been finalised with the government.

"We have confirmed that most of the projects we put forward do meet the Government's criteria and will be considered. However, the shovel-ready fund is hugely over-subscribed so only some of the proposals are likely to be accepted.

"Ministers are looking at these decisions now and we hope to see confirmation of successful programmes over the next two months."

The Auckland Council submitted a list of 73 key shovel ready projects to the Infrastructure Industry Reference Group in April. The taskforce was established by the government to seek out infrastructure works that are ready to start and can be used to stimulate the economy and reduce the economic impact of Covid-19.

The council wishlist included a number of major projects in south Auckland, including the Puhinui Station Interchange, the Eastern Busway and the Puhinui Stream Restoration Programme.

Finance Minister Grant Robertson said last month that an announcement would be made in weeks.

But the fact the council last week announced an emergency budget and is facing having to make across the board funding cuts means any government support it can get would be welcomed in the current environment.