The mother of a teenage boy who was told to shave his moustache or be suspended from school will call for a review of the rule. 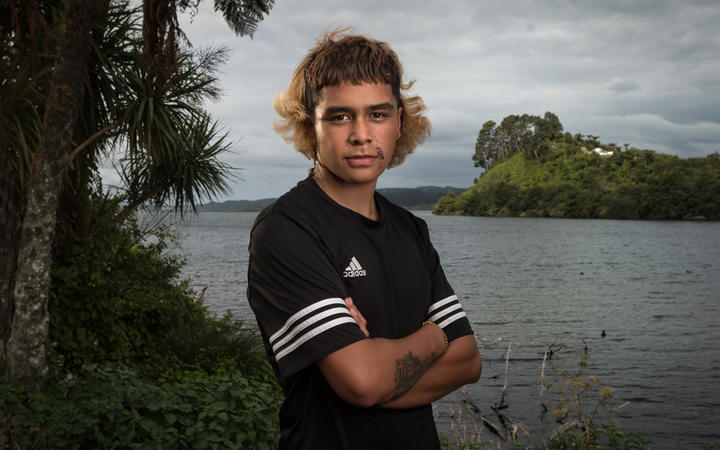 Kauri Huriwai-Flavell, 15, was sent home from his school until he had shaved his moustache. Photo: Rotorua Daily Post / Stephen Parker

In late February, Paerangi Haimona told the Rotorua Daily Post her son Kauri Huriwai-Flavell, 15, was warned he would have to shave his moustache or he could be stood down for disobeying Rotorua Lakes High School rules.

He did not shave and on his return to school after a weekend, he was sent home until he had shaved.

On Tuesday night Haimona addressed the school board of trustees at their monthly meeting.

"I don't see any qualms with our boys actually having a moustache, it teaches them self-grooming.

"It's not a teacher's job to try and tell our students how to look."

She said she had been told by one of the deans the reason for the rule was because some of the year 13s could not grow moustaches.

"So it's all about being equal, which I thought was a rubbish excuse," she told the board.

In February, principal Jon Ward told the Rotorua Daily Post Haimona had signed a document saying she would ensure Kauri would abide by the school rules.

"You can't suddenly say a week later you don't want to ... She chose to come here."

Haimona told the meeting the school prospectus, which provided a uniform guide, had not mentioned facial hair.

"I don't want to fight with you guys, I just want them to choose, to have that freedom to choose."

Board chairman Bill Lawson said the board had to support whatever the approved school rules were.

"That's not to say that you can't initiate a review of a rule that you don't think is appropriate and that's what we as a board will invite you to do.

"So if you want to write to Mr Ward and initiate that review, you're welcome to do that."

Lawson said that would initiate a consultation process that would include the senior leadership team of the school and "appropriate parts of the public".

"If there is a good reason to change the rule that will be changed, if the consensus of opinion is that it should not be, then it won't be."

He said the school rules were available online.

Haimona said the rules and regulations should be in the prospectus' uniform guide and that not everyone had access to the internet.

Outside the meeting, Haimona confirmed she would be writing to the principal to call for the review of the rule.

Haimona's niece, Jahnte Green, also attended the meeting and addressed the board.

She said her 13-year-old brother, who also attended the school and of whom she was a caregiver, had a similar issue.

He had been asked to shave at school and complied, but Green said she would have appreciated being contacted by the school about it.

"He's not up in arms about it … but he is really bummed out about the fact of his moustache."