Big changes are needed in the way regional development is managed according to New Zealand's $300 billion infrastructure industry. 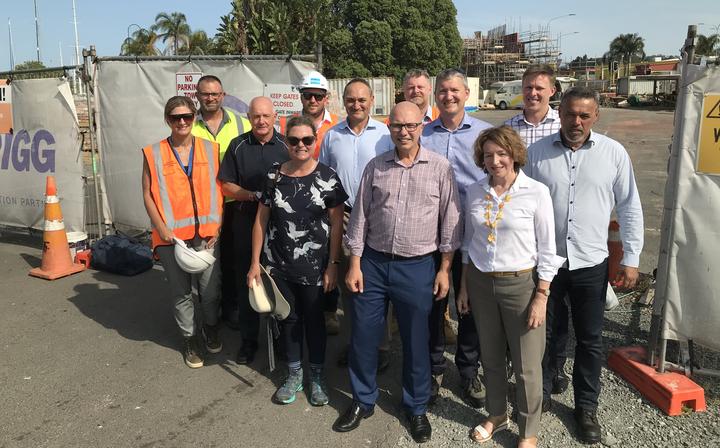 That's according to Infrastructure New Zealand (INZ) CEO Paul Blair who said decisions about how and where development proceeded needed to be considered in a new way.

His comments were made in Whangarei on Monday as INZ held its quarterly board meeting in Northland for the first time. Board meetings are split between Auckland and regional New Zealand.

The INZ Whangarei visit was organised before just-announced $1 billion government infrastructure spending into Northland, that latest development hugely boosting the importance of the visit and sector generally.

Blair said the resource management act (RMA) needed to be replaced by a sustainable development act. There would be a set of national environmental standards. Development would be able to proceed where it could meet those standards.

Blair said recent Government spending for Northland was undoubtedly good for the region, but the North wouldn't be able to make the most of that spending if changes to resource management and other laws and regulations didn't happen.

"Without that it will reduce the positive benefits from the Government's infrastructure spend," Blair said.

He said decisions about the region's future development needed to be made on a regional basis. Northlanders needed to think of their region as Northland Inc - one overall entity, rather than individual separate districts.

Blair said there was no longer a place for a specific local community to have a local parochial view on potential development. Northland was a region and a project's benefit or otherwise needed to be considered with that lens.

Blair said it was also no longer okay to consider only environmental impacts in regional development decision making. Social, cultural and economic perspective was also needed.

One example of this in Northland might be the case where a large proposed development in a more remote rural area where resource management decision makers ruled it could go ahead because it offered significant social and cultural benefits - and only slight environmental degradation.

Blair said development was about considering the four wellbeings - social, cultural, economic and environmental, rather than making the latter the sole decision-making influencer.

Decisions made around how the funded projects took shape needed to be made from the perspective, he said. That meant the Far North, Mid North, Kaipara and Whangarei all being involved in this regional consideration.

The fact much of the infrastructure spend was physically focussed on Whangarei didn't mean other areas missing out, he said.

"There's no reason for example, why people from outside Whangarei couldn't commute there to work," Blair said.

Opua and Whangarei both had a marine construction sector. New development in this sector would usefully link these locations.

Government funding into Northland will bring significantly increased urbanisation for the region.

Blair said central government wanted to be able to have more of a say in how this urbanisation and development and management of the region's land happened.