Almost 180,000 Northlanders are being called on to get behind a new Kia Kaha Northland social media campaign to bring five huge infrastructure projects to the region. 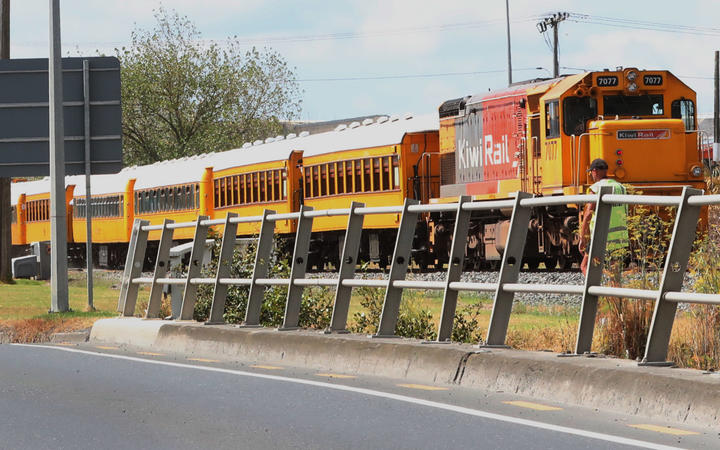 "It would be a complete failure by this generation of Northlanders and a betrayal of all our mokopuna to let this opportunity be lost," Far North's John Carter, Whangarei's Sheryl Mai and Kaipara's Jason Smith said in the joint launch.

Getting the projects north would benefit Northland and New Zealand's economy as a whole, they said.

Northlanders - and others outside the region - were all being encouraged to participate.

A Kia Kaha Northland campaign's promotional video appeared on 300,000 Facebook and other social media accounts yesterday to alert Northlanders and other New Zealanders to the new campaign.

A four month window between now and May was the moment in time for Northlanders to lobby for these once-in-a-lifetime projects, Carter, Mai and Smith said.

"Major infrastructure decisions to be made over the next four months by Prime Minister Jacinda Ardern and Deputy Prime Minister Winston Peters will determine Northland's economic prosperity for the next hundred years," the mayors said.

Northlanders' lobbying would be critical in making sure the five projects came to Te Tai Tokerau, they said.

"For example, while the Prime Minister announced on December 9 the car and container port in Auckland's CBD will close, her Government has not yet decided where it will go," the mayors said.

"All the people of Te Tai Tokerau must tell the Government, the National Party and all of Parliament that we want all five projects to start now," they said.

"Northlanders also needed to lobby politicians at all levels too through social media, emailing and calling or writing to New Zealand's Prime Minister and Deputy Prime Minister, the Leader of the Opposition as well as their local electorate and list MPs."

The Kia Kaha Northland campaign belonged to those who participated on its social media or became otherwise involved, the mayors said.

Kia Kaha's purpose is to show Northlanders are behind the five projects coming north.

Northland Chamber of Commerce chief executive Stephen Smith said he was wildly enthusiastic about bringing the five projects to the North - and the new social media campaign.

His organisation had already liked the campaign's new Facebook page and was sharing it with others.

The five projects had to be viewed as a package for Northland.

Alan Preston, Save Our Rail Northland campaigner, said the Kia Kaha campaign was great news. He had liked and shared it via his group's Facebook page.

He said rail would bring huge economic benefit for the region and offered an important opportunity for strategic future proofing Northland and wider New Zealand in the face of an oil shock.