A crayfishing company has reignited an "emotional" battle to get its boats back in the water on Marlborough's east coast after the 2016 earthquake. 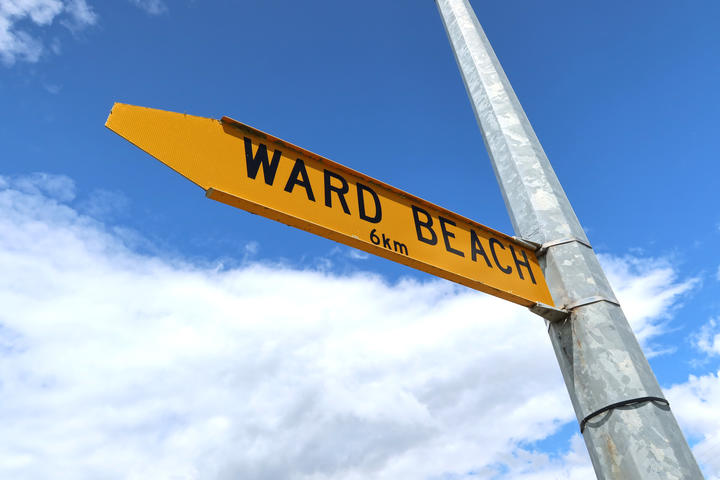 Burkhart Fisheries is asking to build a gravel causeway so it can launch boats at Ward Beach Photo: Chloe Randford / LDR

Burkhart Fisheries was left high and dry after the 7.8-magnitude earthquake raised the region's coastline by up to 3 metres in places, leaving its normal launch site unusable.

The company got permission to make a temporary launch site, but when that expired started dragging its boats further up Ward Beach with bulldozers to a new launch site. Conservationists complained to the Marlborough District Council that the bulldozers were threatening bird nesting sites.

The company received permanent cease and desist orders from the Environment Court in August 2019, around the same time their permission to make a temporary launch site back down the beach expired.

But this week, Burkhart Fisheries lodged a resource consent with the council to dig up gravel from the northwest corner of Ward Beach, 45 kilometres south of Blenheim, to restore the temporary launch site.

Technical advisor Larnce Wichman said not being able to launch boats from the beach had dealt a "big blow" to the Burkharts.

"It's not just in the access to the fisheries, but also to the factory and to the people they've employed in the industry," he said.

"We continued paying staff while trying to get consents out [after the earthquake], and sort out the corner of the bay. But we had to stop at some stage and obviously they had to find other work."

The rocks lifted by the earthquake stopped boats from launching about 65 per cent of the time, even if weather was permitting, and also formed a bar, which spun out surf breaks, Wichman said.

This had cost the company about 85 percent of its access to fish stock along Ward Beach and Cape Campbell, he said.

"It's quite emotional for the guys to go out there and get back into the business. Regardless of their family name, they've still got their individual businesses, and that's been affected greatly."

The company asked this week to use a "large digger" to shift about 3500 cubic metres of gravel, then turn it into a causeway.

It wanted to do this up to five times a year over the course of a week for a duration of 15 years, so it could fish "without having to consistently reapply to council for a new [resource] consent".

The company's application noted that "a small number" of the threatened banded dotterel nested on the south end of Ward Beach, and said it would run a survey of birds within 100m of the site before any works started during their nesting season.

"No works will be carried out if ... threatened birds are nesting, such as the banded dotterel, within the 100-metre area."

It also proposed to "gently and slowly" remove seaweed and driftwood buildup on the beach during the banded dotterel's nesting season, so the invertebrates they fed on survived.

When asked if the works would affect the beach's landscape values, the application pointed out the area was already "relatively modified", with parking, a camp ground and a toilet.

Wichman said the company had been launching from Ward Beach for 42 years before the quake, "without any complaints".

"There are no other alternative launching locations, apart from Waipapa [south of Clarence] or Port Underwood," he said.

"We tried to get a big boat into Port Underwood and undertake fishing activities, but going to Cloudy Bay [off Cook Strait] every day was not an option. It was a nasty piece of water there."

Burkhart Fisheries had found "no permanent solution", he said.

The application was flagged as a "discretionary activity", which meant the council could impose conditions if it was granted.

The public could weigh in on the application until 17 February.