The highway was badly damaged by the 7.8 magnitude earthquake on 14 November.

The route south opened just before Christmas, but work on the northbound part of the highway is still ongoing. The repairs are expected to be complete by the end of the year.

"We're spent another three to four hours getting to Christchurch per truck," he said.

It meant all drivers must stay a night in Christchurch, rather than get down and back in a day.

"It's costing all of our customers a substantial amount more in freight." 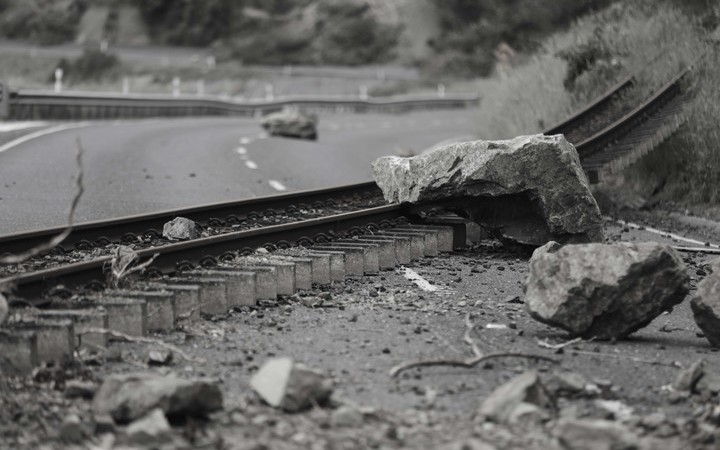 Crews charged with clearing SH1, north of Kaikōura, "should be working round the clock, seven days a week, to get the road open, then go into normal mode".

"All we want is the road open. They can engineer how they want to fix it permanently later on."

"That's not good enough for me," Mr Millton said.

"If you could take the weekend in and perhaps add a few more hours to the day, you might shorten the gap between now and Christmas by about three months.

"It's the economy of the country, it's not just my farm."

He said contractors were on site from 6.30am, six days a week, and were working hard to repair SH1.

They aimed to reopen the route by Christmas.

"We know how important it is for the local community and for the people of the South Island."

"These slips are still really unstable."

Every morning, helicopter crews inspected the slopes to ensure nothing had changed overnight, to ensure it was safe for crews to work below them, Mr Mutton said.

Many of the workers were specialists.

They worked as fast as they could in a "highly sensitive" environment, he said.