Huge underwater mudslides triggered by the Kaikōura earthquakes have wiped out all seabed organisms in a previously flourishing area. 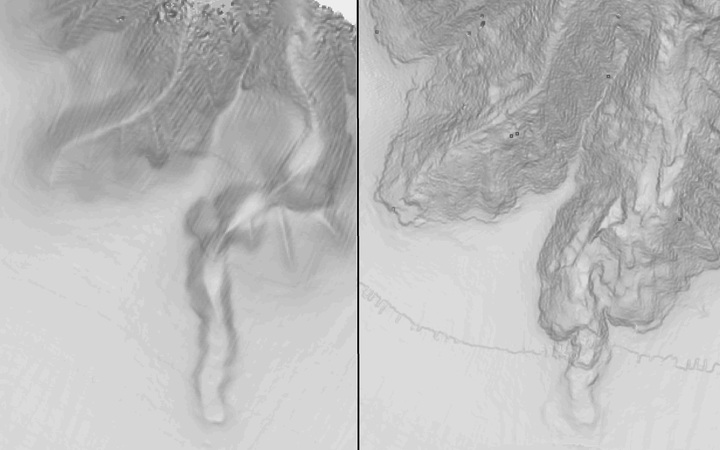 The Kaikōura canyon before (left) and after the earthquake, showing the mud flow. Photo: NIWA

Scientists from NIWA have made two research trips to the Kaikōura Canyon this year to assess the effect of the November quakes.

They discovered mudslides that occurred at the canyon's head had sent vast quantities of mud and debris into the canyon's central channel.

A survey done in 2006 found the canyon's seabed hosted one of the highest volumes of organisms living in the mud, known anywhere in the world.

But the latest post-quake surveys found not one instance of an organism living on or in the seabed.

NIWA marine geologist Dr Joshua Mountjoy said a huge slipping event caused by the earthquake had removed the mud - where organisms had flourished - from the canyon's upper slope.

"[Previously] everything at the head of the canyon was smooth and draped in mud. Our new data shows ... almost every part of the upper slope had mud removed from it."

The amount of material that had cascaded through the canyon was massive, he said.

"Some individual landslides are more than three times the size of the landslides that damaged the road to the north of Kaikōura."

"There was an extraordinary amount of life living in the bottom of the canyon which we think was a consequence of the very high marine productivity of the whole region."

That survey's results contributed to the decision to make the area a marine reserve.

The difference between then and now was extraordinart, Dr Bowden said.

"While fish were still found in the area, this time [we] didn't record evidence of a single organism living on or in the seabed over a stretch of nearly six kilometres of seabed.

"Nothing," he said. "It was quite sobering, and a catastrophic event for the ecology of the canyon." 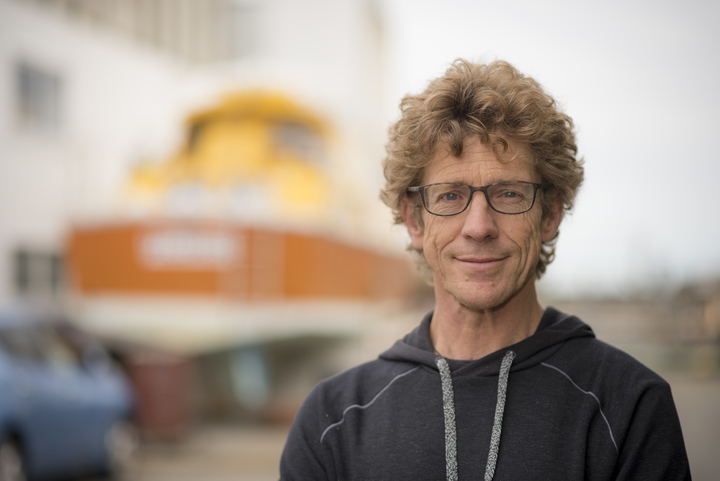 The consequences for fish, whales and other creatures who fed on the creatures living in the seabed were unknown, NIWA said.

The news might not be all terrible, Dr Bowden said.

"We suspect that events like this might happen every few hundred years in the Kaikōura Canyon. It will be very interesting to follow what happens from here, and I will be highly surprised if it doesn't regenerate."

The surveys also suggested that the likelihood of a damaging tsunami being generated from landslides in the canyon had not increased, and may in fact be lower than previously thought.

The Ministry for Primary Industries said it would work with NIWA, the Department of Conservation and local iwi to decide how the ongoing effects of the landslides should be monitored.

The ministry had already committed to a $2 million emergency research package for the Kaikōura region, that covered species of critical importance, inlcuding crayfish, sperm whales, fur seals and Hutton's shearwaters.