Judith Collins has been described as both dog whistling and standing up to wokeness for endorsing the idea of a referendum on the use of the word Aotearoa. But no matter her motivation, she set in motion a wave of hurt. Te Aniwa Hurihanganui reports on the harm done when debate spirals into racism. 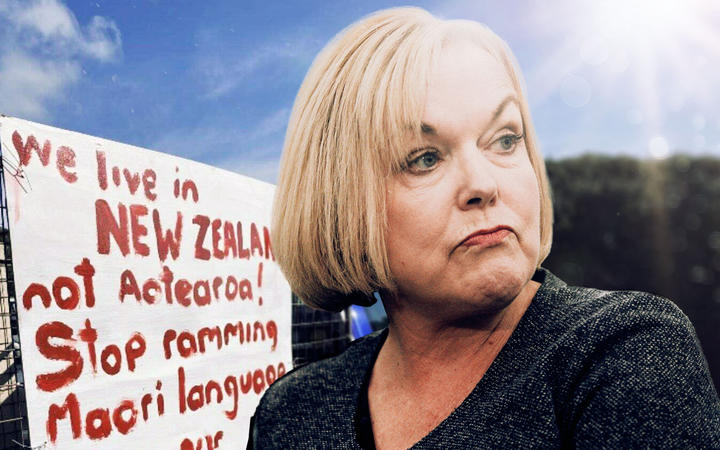 Judith Collins says provincial New Zealand is worried about the use of the word Aotearoa. Photo: RNZ/Vinay Ranchhod

Judith Collins was poised as a mob of Parliament reporters thrust their microphones and shone their harsh camera lights at the National leader, eager to get her take on the name Aotearoa and the suggestion her colleague Stuart Smith had made that there be a referendum on its use.

Collins did not hesitate. "I have an issue with just a change without anybody being consulted," she said. "If you look at most of the government agencies, they're now changing it; the prime minister changes the way she talks about it, you barely ever hear her talk about New Zealand these days."

Her remarks soon set social media alight. Some New Zealanders celebrated the idea of a referendum, agreeing the government appeared to have made a de-facto change to the name of the country. Others scorned, describing a referendum as an unnecessary expense and a distraction from other far more critical social, economic and environmental issues plaguing the country. 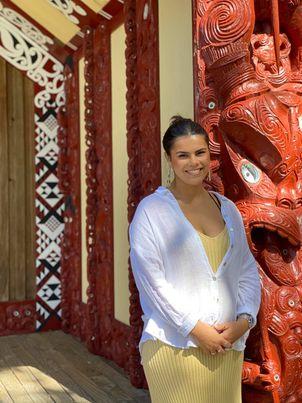 But as the headlines flashed and debate swirled online, a darker discourse emerged. Some New Zealanders expressed their distaste for te reo Māori in general, calling it a dying language, worthless or pathetic.

Others described pre-European Māori as savages, too busy fighting with one another to come up with a collective name for the country, and too incompetent to be scientists or celestial navigators.

Phoebe Sullivan, 20, was sitting in a Law School study room, a dedicated space for Māori and Pasifika students. Looking at her phone, she watched the racism rolling in. She was physically in a safe space but she didn't feel so safe anymore, she says. She noticed her shoulders slumping, a sigh escaping her lips.

"People say awful and extremely hurtful things on social media," she says. "Opening kōrero around race only gives them the opportunity to share their racist views on Māori."

She says the debate felt personal. It felt like an attack on her cultural identity, her language, and her people.

"It makes me question who I am as a Māori person. And in particular, how I need to act and present myself to other people. I think it can be hard to be unapologetically you when half of society is criticising your culture."

What was Judith Collins trying to achieve when she pushed an Aotearoa referendum to the top of the news agenda? We couldn't get an answer out of her - she'd gone quiet. Instead, her press secretary sent us a statement: "We have already made our position on this matter very clear".

Collins had earlier told RNZ she was personally relaxed with either name for the country, but many New Zealanders, particularly "provincial New Zealand", were upset at the widespread use of the name Aotearoa, when they hadn't been consulted.

Collins has been accused of dog-whistle politics, of race-baiting, of desperately trying to climb back up the polls by adopting a political approach like that of controversial former National leader Don Brash. She's also been praised for standing up to wokeness, for voicing New Zealanders' fears, for pushing for democratic decisions. But no matter what her motivation was, she set a wave of harm in motion. Long after she stopped giving interviews on the proposed referendum, it flowed on. 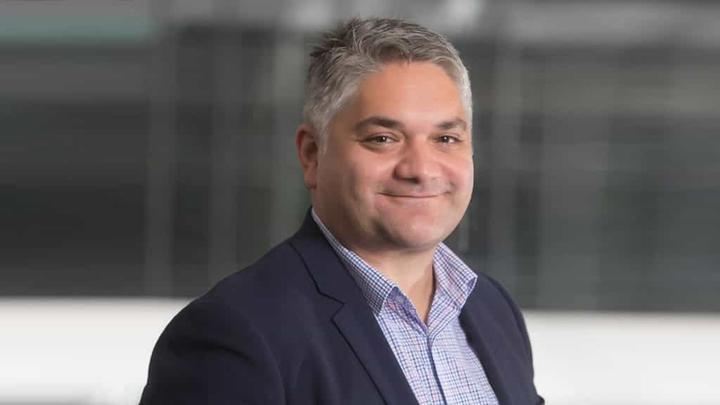 Matthew Tukaki says his household was shaken by a letter sent to his home address as the Aotearoa issue swirled Photo: supplied

It was Matthew Tukaki's partner who found the white envelope in the mailbox, the name and address of the stranger who had sent it printed on the back. She opened the seal and pulled out a hand-written note. The words, scrawled in blue-point pen, were jarring.

"Te reo Māori is a dead language," it said. "When is someone going to stand up to the likes of Matthew Tukaki and the like who are trying to, and succeeding in telling the world they are a superior race."

It wasn't the first time a racist letter had been sent to the household, but Tukaki says he had managed to shield his whānau from the abuse until then. His partner, waiting for Tukaki to return from work, scuttled around their home, unsure what she should do or who she should call. She was still visibly upset and shaken when Tukaki arrived home.

"It created a great lot of pain in my home on Friday. There were a lot of tears. It is quite a confronting letter," he says.

That the person who penned the letter knew where the family lived was scary.

Speaking about the letter, the usually outspoken chair of the National Māori Authority is lost for words.

"I think I'm a fairly resilient person, but when you get a letter like that, when it's sent to my home and my whānau read it, that's not on them, they shouldn't have to read those words spoken about our people, about our whānau." 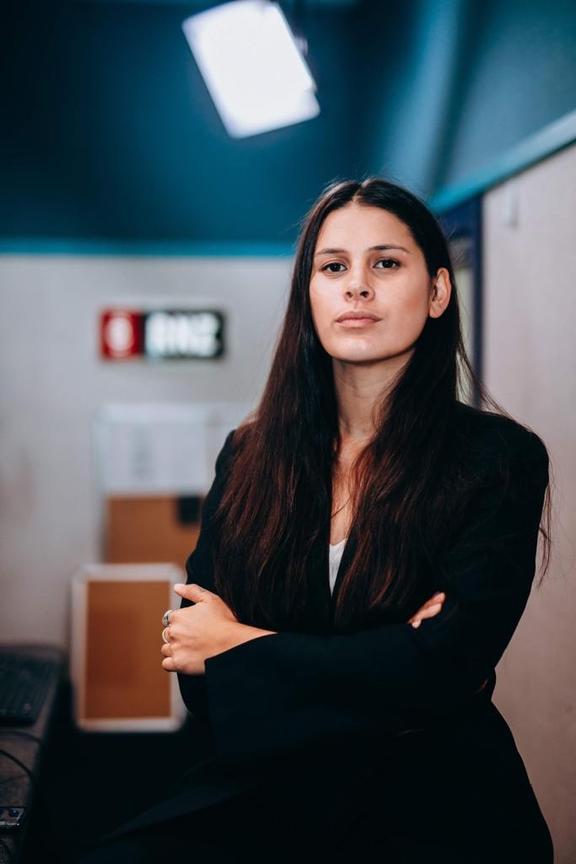 Tukaki believes it's no coincidence that the letter arrived in the thick of the debate around the name Aotearoa.

"This is politicians who are creating an operating environment that emboldens these racists and these nonsense sort of conversations," he says.

He wasn't the only one to receive racist abuse as the Aotearoa referendum created headlines. RNZ's Midday Report presenter Māni Dunlop noticed a surge in racist texts landing in the programme's inbox. She's used to these waves. They come whenever a Māori issue hits the headlines. There was a surge last month when a group of academics penned a letter claiming Mātauranga Māori wasn't science and another earlier in the year when plans for a new Māori Health Authority were announced.

Some days she can deal with the messages, laugh at them even. Some days the messages feel personal, and they get to her.

"They will come to us and might just say, 'Look I've heard this, I don't like it, you should do something about it,'" he says.

Scanlon suspects the rise is likely due to an increase in the use of te reo Māori by broadcasters across the spectrum.

"Generally, I think te reo Māori is being used more across all forms of media, so that means people are seeing and hearing it more often. For some people, that's great. For other people, they find that challenging," Scanlon says. 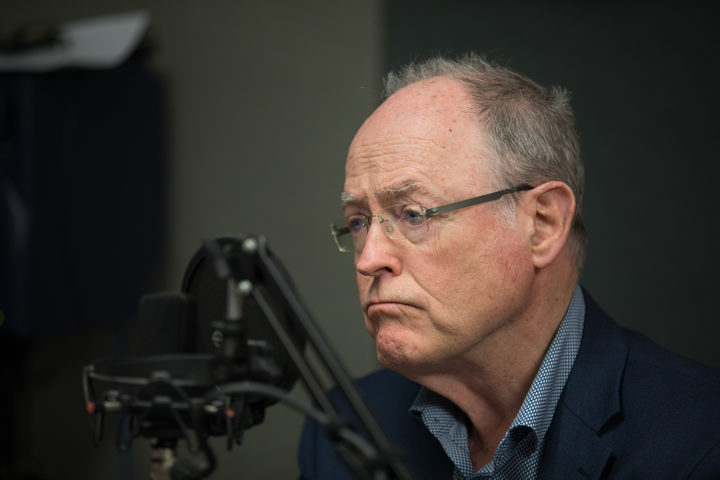 In 2004, Don Brash gave a speech warning there was a 'dangerous drift towards racial separatism' Photo: RNZ / Claire Eastham-Farrelly

Sometimes the waves die down quickly. Other times, they create ripples that go on and on, like in 2004 after Don Brash gave a speech at the Orewa Rotary Club warning there was a "dangerous drift towards racial separatism" and the "entrenched Treaty grievance industry". A dissertation by Otago University's Abby Suszko noted how the speech lifted the lid on New Zealand's race relations, "exposing Māori to attack over wider race issues, leaving many Māori feeling under siege".

Could the Aotearoa debate do the same? There are already ripples. Hurricanes part-owner Troy Bowker has called Sir Ian Taylor's social media remarks on successful Māori Olympians "another example of European NZers not being proud of their own ancestors and sucking up to the left Māori loving agenda". Fallout from the spat is continuing.

But, how much do any of these remarks really matter? Is the upshot that Māori briefly suffer hurt feelings? Research suggests when comments move from debate to racism, the impact is much greater than that.

Research that appeared in the New Zealand Medical Journal last year, Racism and health in Aotearoa New Zealand: a systematic review of quantitative studies, found there was a consistent link between experiences of racism and a range of negative health measures, particularly mental health.

That adds to an already large problem. Ministry of Health statistics show Māori have a higher burden of depression, anxiety and psychological distress than non-Māori, with Māori adults one and a half times more likely than non-Māori to report a high or very high probability of having an anxiety or depressive disorder.

What helps protect against this? Studies indicate that when Māori have a strong connection to culture and language they are more likely to experience healthy mental wellbeing. 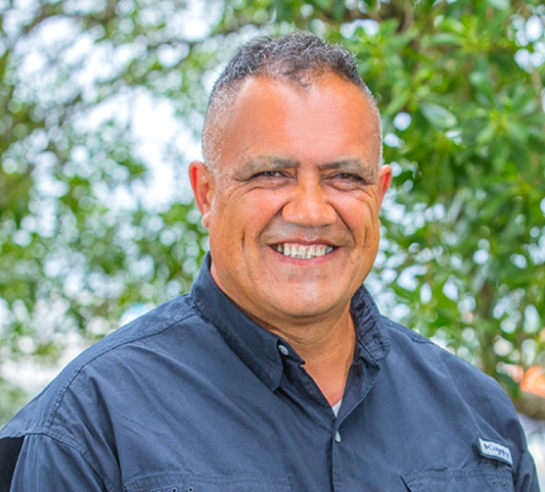 So, when Māori culture and the use of te reo Māori is attacked, the stakes are higher than they may initially seem. For a people who were beaten for speaking their language, who were robbed of their land, it can feel deeply personal - and deeply hurtful - to hear complaints that te reo is becoming too widely used.

The Aotearoa incident has had a particularly nasty sting. Many Māori were raised with the knowledge that the first person to see the islands, Kuramārōtini, called out from her waka, "He ao! He ao! He Aotea!" Māori Historian Rawiri Taonui believes the name Aotearoa was used among Māori years before European settlers arrived in the country. The name has featured in many of the manuscripts and old mōteatea (traditional chants) he has studied over the years.

Following Judith Collins' call for a referendum, a swathe of social media comments focused on the idea Aotearoa was a word with little history, that it didn't deserve to be an official name for the country.

To be told your name for your country is wrong can be, as political commentator Morgan Godfrey says "harmful".

"It's especially harmful for people who are Māori to see the things that are important to them, and the things that speak to deep issues about who they are, up for debate. We shouldn't be debating things which are deeply personal and deeply cultural to people."

Te reo Māori lecturer Vincent Olsen-Reeder has seen the hurt the Aotearoa referendum debate has caused, but he says there is reason to be hopeful. He doesn't believe the viciousness seen online reflects the attitudes of most New Zealanders. In fact, they are embracing te reo Māori, he says. His students, particularly Pākehā, are eager to learn te reo, he says. They are filling lecture halls and classrooms and replacing English words with te reo wherever they can. 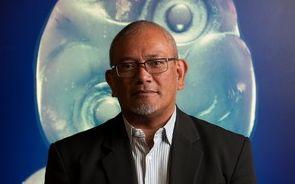 The Māori Language Commission is proud of how far the country has come in embracing the language too. Chief executive Ngahiwi Apanui says a Colmar Brunton poll it commissioned last year found 84 percent of New Zealanders felt te reo Māori was an important part of New Zealand culture.

And even provincial New Zealanders, who Collins claims are upset by the use of the name Aotearoa, are actually supportive of te reo, he says.

"The funny thing about the notion that provincial New Zealand does not want te reo Māori is that the biggest engagement we got from te wiki o te reo Māori last year was from South Canterbury.

Apanui says National looked outdated when it called for a debate on the use of the name Aotearoa. He says it's "probably the last stand against te reo". But if there is to be a referendum on the name, he isn't worried.

"I think if Judith Collins wants a referendum on the use of Aotearoa, she might regret that because, at the end of the day, the data that we see probably supports people changing the name from New Zealand, which is not even an English name, to Aotearoa. And if that happens, I'll be a very happy chappy."