The Hurricanes halfback TJ Perenara says he's been speaking to fellow players and team management following comments from board member Troy Bowker​ which the All Black says contained "underlying racism''. 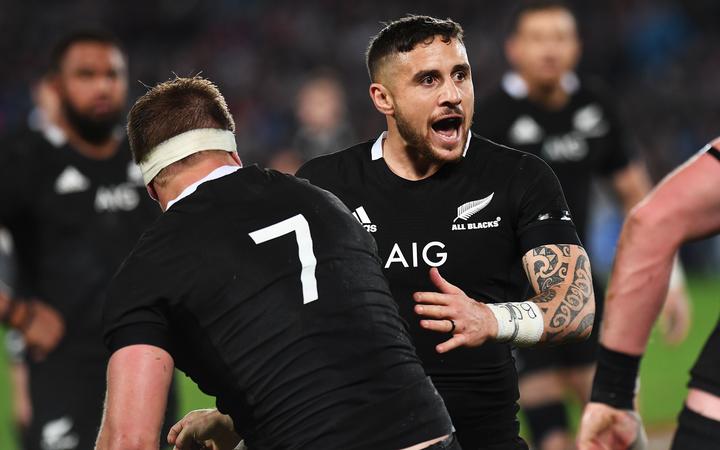 Bowker took aim at Sir Ian Taylor in a social media post, accusing the animation entrepreneur of Ngāti Kahungunu and Ngāpuhi, of "sucking up to the left Māori​ loving agenda", after Taylor posted a response to National leader Judith Collins' backing for a referendum on the use of the name Aotearoa for New Zealand.

Bowker who is the executive chairman of Wellington-based investment company Caniwi Capital, which has a stake in the Hurricanes, and is on the Super Rugby franchise's board, called Taylor's post "a load of absolute nonsense".

"Another example of European NZers not being proud of their own ancestors and sucking up to the left Māori loving agenda. FFS. Wake up NZ."

The Hurricanes have since released a statement from chairman Iain Potter saying they did not support Bowker's remarks and that Bowker wasn't an employee.

"As a part owner of the Hurricanes, Troy is entitled to a director's role and consequently, we are not in a position to control his opinions when he speaks and represents himself or his businesses outside of rugby. The Hurricanes do not support the remarks in question," Potter said.

The All Blacks and Hurricanes star Perenara has used social media to speak out against Bowker's comments.

"Troy Bowker's comments with their underlying racism are insulting. I've begun conversations with other players and management, and expect these conversations to continue over the coming days," Perenara said.

"As with other franchises, Hurricanes players past and present have come from a range of different backgrounds. Our collective identities have long provided us with a source of strength and pride.

"The mental, emotional, and cultural safety of our players is crucial and needs to be assured. Our supporters deserve better and should be able to back us without feeling conflicted.

"Right now I can't see how these things can happen if the status quo is maintained, and am seeking answers as to what the next steps are.

Taylor had posted on social media linking to a Tom Scott cartoon with the words: "How come NZ excels on the water in yachting, rowing, kayaking etc? Answer: Our ancestral DNA!" The cartoon depicts both a British sailing ship and double hulled Polynesian canoe.

Bowker attacked Taylor's post and asked him "what percentage Māori are you?"

"Another example of European NZers not being proud of their own ancestors and sucking up to the left Māori loving agenda. FFS. Wake up NZ."

"Please show some pride and respect for the achievements of your own ancestors like the Māori do.

"Worshipping Māori like you are doing is disrespectful to your other ancestors."

Taylor was born in Kaeo in Northland and raised in Raupunga on the East Coast between Napier and Wairoa, though he has lived in the South Island for more than 40 years.

He has a Māori mother and Pākehā father.