A secretive group who spent four years tunnelling into the side of a country road in search of a mythical race of pre-Polynesian giants' skeletons have called off their dig.

But one of the diggers, who has revealed his identity via Facebook, has warned a "reiki protection is on the cave dig". 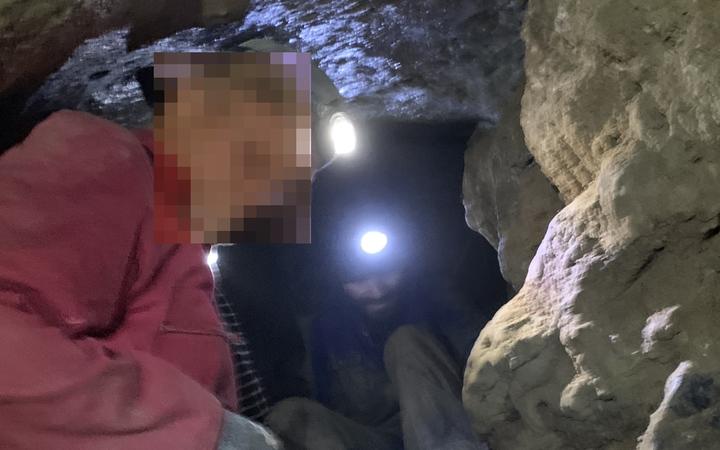 Last week, RNZ revealed iwi, academics and the landowner were concerned by the anonymous group's dig in the Waikaretu Valley, west of Huntly.

The group, who updated their progress on a blog, were searching for evidence of pre-Polynesian inhabitants of New Zealand.

They believed they had found a bone in the tunnel that belonged to a giant human up to 2500 years old.

But after viewing photos and a video of the bone, multiple experts told RNZ it likely belonged to a moa.

The dig was done without the consent of the landowner, or consultation with iwi who have tīpuna and taonga buried in the north west Waikato area's limestone caves.

In a blog post on Saturday, the group announced they would abandon the dig, writing that the world will "now never know for sure if this cave was filled by hand specifically to hide some fourteen 8'+ pre-Polynesian skeletons."

In the post, the group said they would focus on three other locations in their search for proof that a race of eight foot humans beat Polynesians to become the first humans in Aotearoa, which they told RNZ would be "the most talked about worldwide story of the millennium."

Today, Rodney Davidson, a reiki practitioner from Northland, confirmed he was involved in the dig.

He posted a warning on Facebook: "Be aware that a Reiki protection is on the cave dig and has been since the start too. It has made it,s [sic] presence felt on at least two occasions to great benefit in fact. Abuse it in anyway and there will be a ' result ' ! I have no control over this so all your choice!"

There is no evidence of human habitation of Aotearoa New Zealand prior to the arrival of Polynesians.

The pervasive myth that an earlier population of Moriori was displaced by Māori has been repeatedly rejected by academics.

The 1916 and 1946 editions of the School Journal taught generations of school children many myths about Moriori. They include that they were wiped-out by Māori during an 1835 invasion, and that they were conquered due to their inferiority.

A true account of the history of the iwi is about to be entrenched in law.

READ MORE: Moriori Treaty Settlement to be signed: 'It's been a long wait'

Other alternative histories suggest that prior to the arrival of Polynesians, the country was settled by Egyptians, Celts, Greeks, Chinese, Melanesians, or Phoenicians.

Evidence from the archaeological record, linguistics and DNA analysis shows Polynesians first arrived in New Zealand in the 14th century.

Halcrow said "conspiracy theories" about the settlement of New Zealand by non-Polynesians were "grounded in racist ideologies."

She raised concerns about the number of people following the group's blog, saying, "It does really highlight what some New Zealanders think, in terms of pre-Māori conspiracy theories, with really racist undertones. It's not grounded in fact, so people should be aware."

Eru Whare of Ngāti Taahinga, chairman of Pukerewa Marae which is near where the group was digging, said, "I wouldn't put it down to racism. I think it would be a lack of education and understanding of cultural values."

"It's very hard for our people to try and decipher why people would do such things. And whether they are looking for, you know, big giants or moas. I mean I can understand... But for guys just going in there without any consultation. Well, that's something else. That's a pretty disturbing approach."

University of Waikato teaching fellow Dr M Dentith, who studies conspiracy theory, fake news, and secrecy, said theories about pre-Polynesian inhabitants of New Zealand were often used to make some variation of the claim, "'Well, if white people were here first, then the Treaty is null and void', or 'We did to Māori only what they did to our distant ancestors'".

Dentith said much of this could be put down to a lack of education around New Zealand's history and prehistory.