More than a 100 years since Moriori were slaughtered, enslaved and falsely classified as extinct, a true account of their story is about to be entrenched in the law. 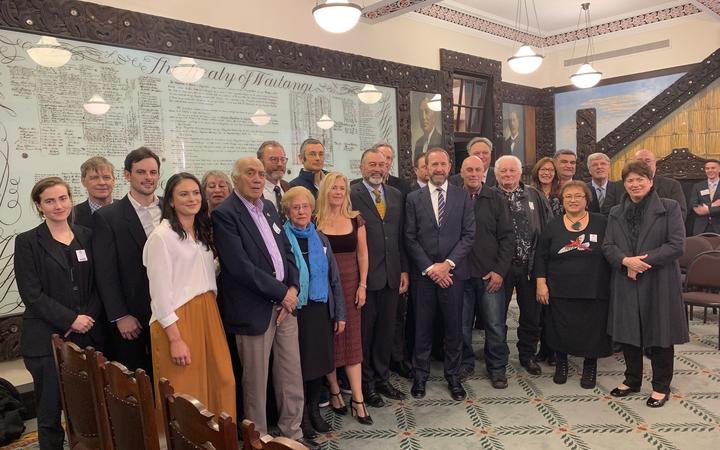 Moriori descendants and representatives of the Crown will meet in Rēkohu, or the Chatham Islands, today for the signing of the Moriori Treaty Settlement.

The settlement redress includes an agreed historical account, a Crown apology, and $18 million.

The 1916 and 1946 editions of the School Journal taught generations of school children many myths about Moriori.

The chief negotiator for the Moriori settlement, Maui Solomon, said the settlement would right those wrongs.

"The truth is that Moriori made a conscious decision to set aside warfare and killing and to live in peace over 600 years ago," he said.

"They adhered to this ancient law of peace even when their Island was invaded in 1835 and have maintained this unbroken covenant to the present day."

Moriori were left virtually landless by 1870, but through the settlement they will see the return of several commercial properties, protection of wāhi tapu, and joint management of some reserves.

Solomon said his people had been waiting a long time for justice.

"It really goes back 158 years to when our ancestors sent a petition to governor Sir George Grey in July 1862 for justice, for freedom and for return of land so it's been a long wait and the last four years, especially, have been pretty intense."

The injustices suffered by Moriori go back more than 150 years.

In 1835, a contingent of about 900 Taranaki Māori from Ngāti Mutunga and Ngāti Tama travelled to the Chatham Islands and killed a sixth of the Moriori population.

Those left behind were enslaved and offered no reprieve from the Crown until 1850.

In the years that followed, institutions such as the Colonial Museum collected and exchanged kōimi, the skeletal remains of Moriori ancestors.

Treaty Negotiations Minister Andrew Little said like many people, he grew up with a very different story.

"What I learnt at school was that Moriori were gone, they were an original race and they were effectively eliminated by Māori," he said.

"I have learnt an enormous amount since then, and it goes back to the work of Michael King and other historians who did the scholarship and were able to start to tell the story that Moriori are a living and thriving race."

He said the Crown acknowledged its failure to protect Moriori.

"Their grievances are serious, some of the most serious you could imagine," he said.

The treaty settlement will also include the restoration of Moriori place names including the original name for the Chatham Islands, Rēkohu.