Now We Are Five (Million) - As our population nears 5 million, Guyon Espiner reflects on how different attitudes were to Māori culture, language and history in the New Zealand of his childhood, population 3 million, compared to the country his daughter is growing up in today. 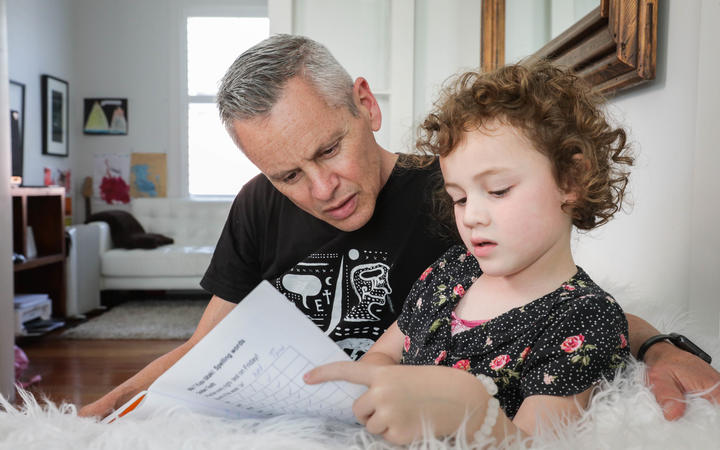 "The British were our enemies. That's what my friend said." It's the beginning of a long conversation my 6-year-old daughter Nico has instigated in order to stay up well past her bedtime.

She's picked a good one. Soon I'm searching for Aotearoa: The New Zealand Story, an illustrated history of New Zealand by children's author Gavin Bishop. It's easy to spot among The Tiger who Came to Tea, The Witch in the Cherry Tree and the books I read in the mid-1970s when I was her age.

Conversations with Nico remind me of that David Lange quote about Mike Moore - a mind like a pinball machine wired by a colour-blind electrician, or something like that. Me te kōtiriri. Like a meteor. Ants in your pants.

"My skin is white." She strokes her left forearm. Kiritea.

"Just because you have white skin doesn't mean you're not Māori."

She's picked a good night too. Firstly, it's Guy Fawkes, so it's going to be difficult to sleep anyway. ("I don't celebrate fireworks. It's British.") Also, Mum is away. With Mum home it'd be one story and then bed. Inaianei tonu! Kaua e whakaroaroa. Right now. No messing around. But my wife is at a conference in Christchurch, my old home town. It's called LIME - Leaders in Indigenous Medical Education. Emma has one year left at medical school. 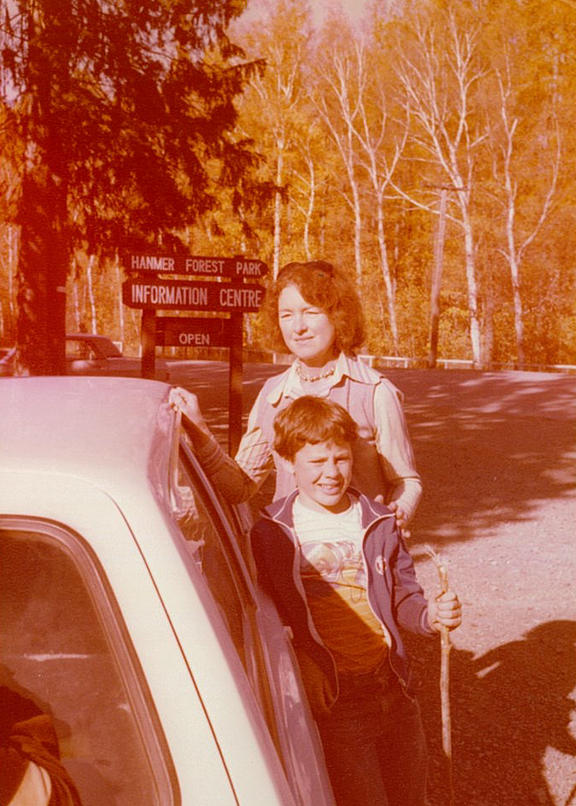 Guyon and his mother in 1980 Photo: Supplied

"Dada. What did your mama do?"

Nico has taken to saying 'What the heck?' whenever she's genuinely surprised by something.

"They called them housewives. She looked after me and my two brothers. Dad worked and she cleaned the house and made all the dinners. One time when I was your age I was at home sick from school and watched her routine. She had this magic potion called Silvo. It stank."

"Yes it does. She polished the brass with it. Every second week on a Wednesday."

"She hid the drinks behind the mirror."

We've been through this before but she wants to hear it again.

"On the night my mum died, my dad - your grandpa - told me that she had been a secret alcoholic. She hid her gin in little jars and containers around the house."

"That's true. And you will have to think about that when you get older because problems with alcohol can be genetic."

"Genetics is whakapapa. You never met her but she was very smart, your grandma. She read lots and lots of books. She was a librarian when she was a young woman growing up in Britain."

"Wait. Was she British? What the heck? Were the British our enemies?"

Nico knows that if she pushes the right buttons - flicks the levers of the pinball machine at the right time - she could eke out another hour or so. Not as good as Ralph Breaks the Internet. Not as good as Ever After High or Story Bots. But better than bed.

"Yes, your friend is right, that in some cases the British were your enemies. The British did lots of bad things after coming to New Zealand. But not all bad. Things aren't always black and white."

"Well, black. But what I mean is that no one is entirely good or entirely evil."

"Well, maybe Hitler. But that was another war."

"Māori and Pākehā both fighted Hitler."

They fought together, yes. In both the world wars."

"I am Māori and mama is Māori and you are Māori too."

"What the heck? But you speak Māori."

We've been through this many times.

"Wait. Are you British?"

Back to Aotearoa, the Gavin Bishop book.

"Yep, so that was about 1000 years ago when Māori first came to Aotearoa. Then there were the whalers. Those guys? They are the missionaries, don't worry too much about them. The Musket Wars."

"That's where our marae is!"

"Her people fought my people! What the heck!"

"Yep and my ancestors probably fought yours."

We get to the bit about the Treaty. Whakanewhanewha. Trickery. Deception. Whānako. Cheat. Steal.

"What does that say, Dada?"

"That says: The New Zealand Settlement Act 1863. To punish the Māori who fought to keep their land, about 1.4 million hectares was taken by the government."

It's nearly nine o'clock before I get her to bed. 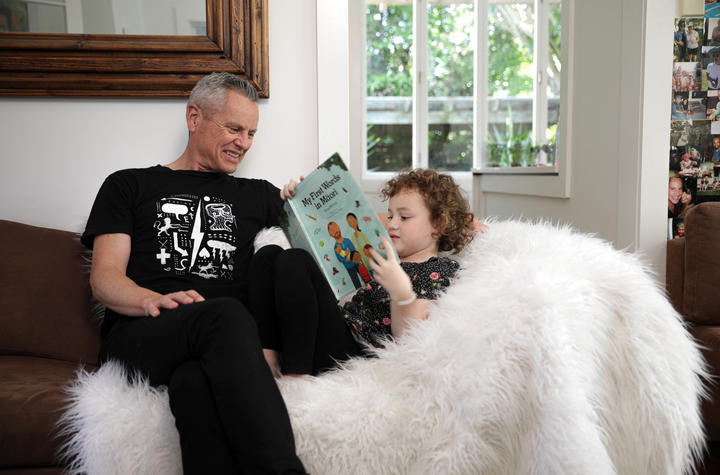 "Why is it called wai māori?"

"Well māori just means normal. Like, a normal horse would be hōiho māori."

We drive across Auckland to the rūmaki unit - immersion classes in a mainstream school. I tell her that I used to walk to school at her age. Dad would never have dropped me off or picked me up. Dadas didn't spend much time with children in those days.

"So when your mum died, where was the tangi?"

"There wasn't one. We went to a hall in Christchurch. You know how we went to Papa Sean's tangi at your marae? At Tūkorehe? We went there for four days right? Even though we didn't know him really well and we weren't related to him."

"He was really good at Māori language."

"Lots better than you."

"Yes. But do you know how long I spent with my mum? They call it a funeral and the whole thing was about two hours long."

"I wouldn't have known what a tangi was at your age. I didn't meet any Māori kids until I was in high school. So, maybe 13 years old." 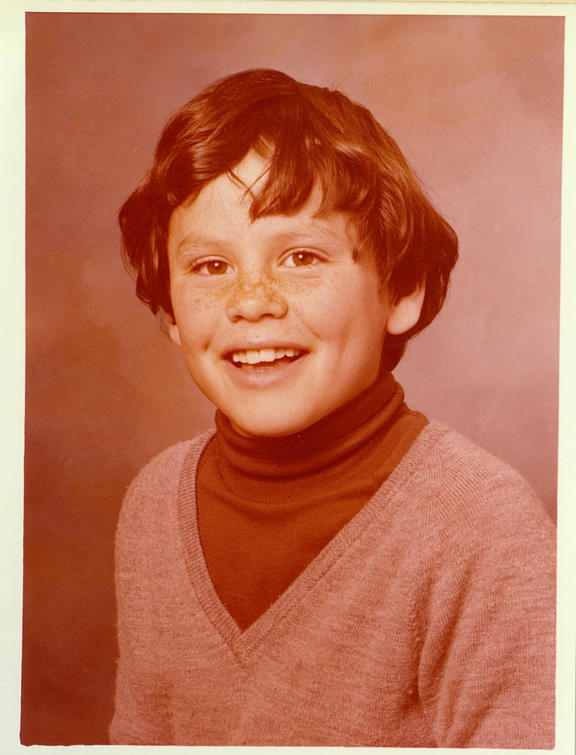 It's only after I've dropped her off and am driving on to work that I realise that's a lie. The book - Aotearoa by Gavin Bishop. His daughter was at my primary school. Just because you have white skin doesn't mean you are not Māori. I am parroting Nico. Or is she copying me?

It's true there weren't many Māori in the wealthy area of Christchurch that I grew up in during the 1970s. But I didn't even see the ones that were there. They were invisible to me. So was the language. We mangled the names beyond recognition. Tai Tapu was Tie-tap. The Waimakariri River was the why-mac. Motukarara was mot-chew-ka-raa-ra. The battles, the land confiscations, the heroes, politics, legends, villains and myths were airbrushed from history - not only at primary school but at high school too.

It takes me nearly an hour and 15 minutes to get to work at RNZ, taking in the drop-off detour. The last 10 minutes is a walk through the central city though, which is a good way to start the day.

I love my conversations with Nico, pinging around like the pinball machine, weaving in and out of our two languages, learning as we go. I probably get more out of them than her. But she does get to stay up late.

I think about how much more she knows about her culture and country than I did at her age. We've come a long way since the mid-1970s. But in truth it's been slow, grudging and bloody hard fought.

*This is the last story in the series, Now We Are Five (Million), exploring New Zealand as its population nears 5 million