Opinion - If you don't like being made to feel old, best ignore any headlines about Kylian Mbappé. The guy is so young he lists his hero growing up to be Cristiano Ronaldo, another player whose team was in contention for the World Cup when it started a month ago.

This morning, though, it didn't matter if you were trying to ignore him or not - Mbappé became a household name. 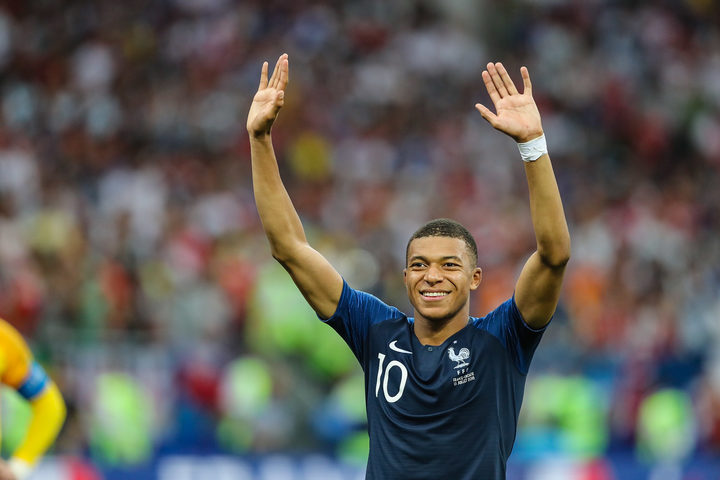 In much of the world, he already was. The Paris St Germain striker already commands a $311 million transfer fee, has played for the French national team since last year and scored 13 goals in their top domestic league. He won't be 20 until the end of this year, but his stunning arrival to the world's biggest sporting stage will ensure his name now crosses over to the international mainstream of sports discussion.

Mbappé hadn't even been born the last time France won a World Cup, which they did for the first time in 1998. His current French coach, Didier Deschamps, was the captain of that side.

For us in New Zealand, Mbappé and France's return to the top of the football world is a nice reminder that they are good at sport when they want to be. It's been tough to take them seriously when all we see is their hopeless rugby team get trounced by the All Blacks for the last seven years.

But the statement Mbappé left on the World Cup couldn't have been scripted much better. After a tournament that saw him score two goals to help knock Argentina out, it came down to a perfectly seized opportunity from 25 yards out.

It came just after Paul Pogba had just scored a screamer of his own, to put France up 3-1 after their two earlier controversial goals.

After receiving a perfectly timed pass along the deck from Lucas Hernández, Mbappé stopped and surveyed the situation in front of him: five Croatian defenders and the goalkeeper. Not a time for another run and dribble into the area, or a pass to Olivier Giroud - who hadn't been able to hit the side of a barn all tournament.

The Croatians hung back, daring him to shoot. Above, the Moscow sky had turned a ghastly grey. Claps of thunder had rippled over the Russian capital just like on 24 June 1945, when the NKVD threw down the captured battle flags of the defeated Nazis in Red Square.

However, the only thunder that could be heard next was the ball coming off Mbappé's foot as it traced toward the goal. The stunning strike found the bottom left hand corner of the net, giving Danijel Subašić little option but to watch it go past and seal France's World Cup.

If Pogba's strike had dazed the Croatians, Mbappé's knocked them out cold.

The rain persisted down during the trophy presentation, but it didn't dampen the mood. French president Emmanuel Macron was clearly in a mood to enjoy all the free political capital he'll get from the win, embracing the players in a soaked suit. Hopefully, the nation he leads (and a few others) can see the massive symbolism in what this team represents.

The overwhelming majority of the French football team are either immigrants or children of immigrants. Mbappé is one of them, born in Paris to a Cameroonian father and Algerian mother. Pogba is a devout Muslim. In the current political climate we have, you couldn't get a more resounding endorsement of what a diverse society can bring to your country.

Mbappé will most likely be one of the most talked-about and highly paid footballers for years to come. So, for parents currently on school holiday duty: there's a very good chance you're going to have a request from your kids for a new item of clothing - a Kylian Mbappé shirt.