French and Croatians in New Zealand are battling it out for the support of other Kiwis ahead of the football World Cup final. 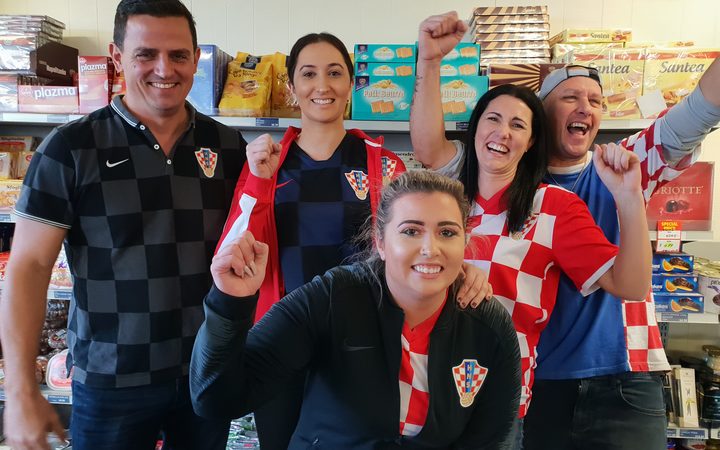 The Eurodell deli in Henderson is Croatian-owned and imports food from all over the country. Photo: RNZ

There's a nervous weekend ahead for fans from the two nations who will meet on Monday.

The Eurodell deli in Henderson is Croatian-owned and imports food from all over the country.

Its owners and many of the staff were decked out in their team's gear at work today.

Some of them admitted to a few nerves but others said Croatia had already won by simply making the final.

Croatia was a natural fit for New Zealanders to support - they brought wine here and Kiwi-Croations include Lorde and Sean Fitzpatrick, they said.

One staff member, Annette, was in no doubt.

"Croatia, 100 percent. We're a small country like New Zealand - get behind the underdog," she said.

Her colleague, Dinko, had another reason why Kiwis may feel some empathy.

Across town at the Pyrenees French Deli they had other ideas. 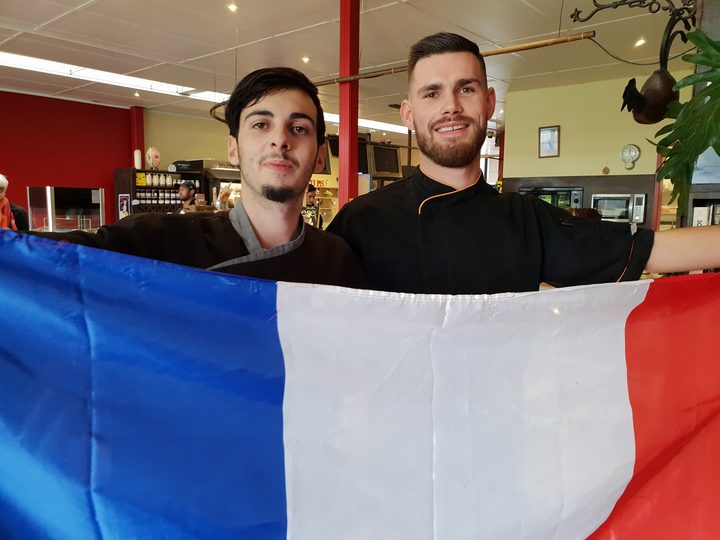 Workers at Pyrenees French Deli believe Kiwis will back them in the final. Photo: RNZ

Ayneric, who worked in the kitchen, said the friendly Kiwis that came in shared a love of French pastries and sport.

He could not imagine that New Zealanders would not support France.

"Because we are French and we are so proud to be in the final. We are very excited and we hope it's coming home, like the English say," he said.

His workmate, Alex, was appealling for the sympathy vote.

"We'll be singing 'allez les bleus' - it's amazing but if they lose ... it will be difficult."