FIFA World Cup: England can hold their heads high after their semi-final loss this morning, but today belongs to Croatia, who are within touching distance of the greatest prize in sport, writes Jamie Wall 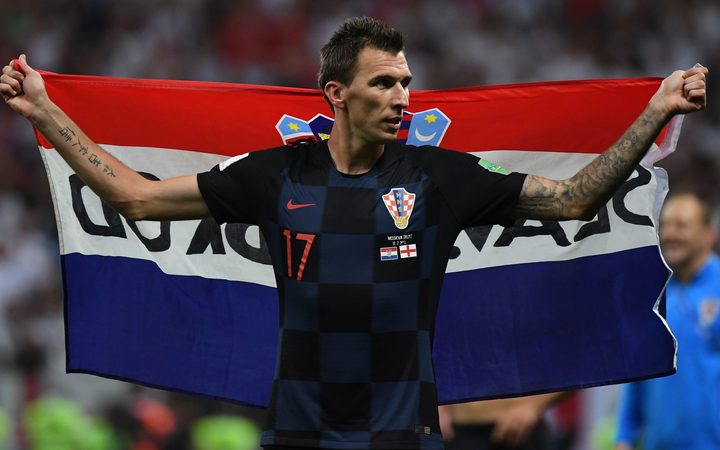 Football isn't coming home, England. Your fairytale ended in Moscow's cavernous Luzhniki Stadium this morning, as the English went down in extra time to Croatia.

The game ended 2-1, and the Croats managed to get themselves through their third overtime shift in a row. This time, at least, it didn't go to a penalty shootout.

But the goal from 'Super' Mario Mandžukić that sent Croatia into the lead was as heart-breaking as ever for long-suffering English fans. 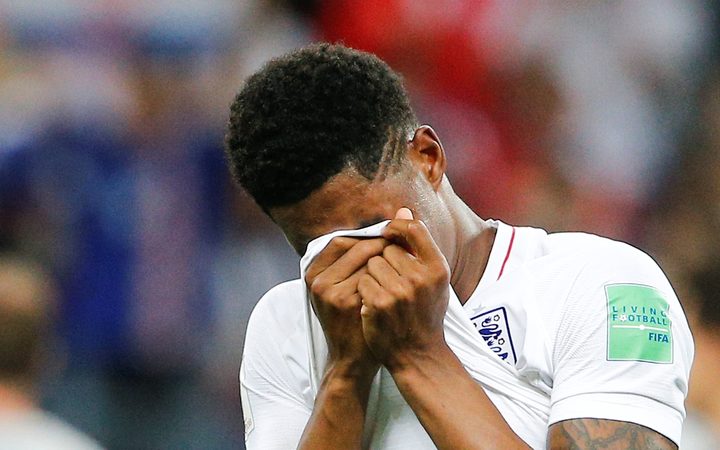 Marcus Rashford of England after their semi-final loss to Croatia. Photo: AFP

It was looking so promising after only five minutes. Kieran Trippier's stunning free kick from just outside the area seemed like something straight out of the David Beckham handbook, and sent hundreds of thousands of pounds' worth of beer flying into the English atmosphere.

What a beautiful angle of Trippier’s goal! pic.twitter.com/DdFltq4cIO

The game settled down after that, with the English seemingly content to frustrate the Croatians into fouling them and giving away possession. It'd worked well against Colombia, but this was a much classier side than the South Americans.

However, England will be wondering what might have been after Harry Kane's low shot late in the first half had beaten Danijel Subašić instead of harmlessly being parried away. Kane looked almost surprised to get such a great ball through from Jesse Lingard, and that moment of hesitation may have been the difference between coming back to the Luzhniki on Monday morning to play France in the final. 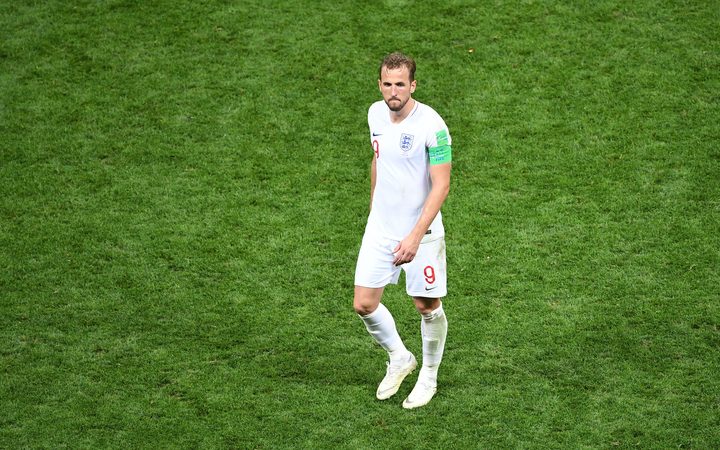 England's Harry Kane walks off the field after the team's semi-final loss to Croatia. Photo: AFP

After halftime Luka Modrić marshalled his Croatian side like the player he is, dominating possession and helping set up the equalizer to Ivan Perišić.

From there, it all started to feel horribly ominous for English fans. The Croatians were playing far, far more effectively than they had in the first half. While the game reached full time, all the momentum was with them.

Mandžukić's outstretched foot ultimately doomed the English, and it's fair to say that the strike after 109 minutes of football ensured the result was the right one. Croatia did more, controlled the ball better and created more chances.

In a nice bit of attention to karma, they also checked on the wellbeing of a cameraman trapped under their goal celebration, with defender Domagoj Vida going so far as to kiss him better after they got up.

It didn't take long for the rest of the United Kingdom to chime in exactly what they thought of the result, with former Irish captain Roy Keane summing it up nicely in this post match exchange with Ian Wright:

Roy Keane v @IanWright0 has just produced one of the TV moments of this World Cup. @GNev2 trying not to laugh sitting between them pic.twitter.com/EMujrk20sK

The outpouring of social media support for Croatia from Ireland, Scotland and Wales came thick and fast throughout the game. Much of it was comical, but plenty more were pointed remarks that a lot of England's historical dealings with her neighbours hadn't been forgotten just because the World Cup was on.

But it's important to remember that while England can hold their heads high, today is about Croatia. The last time England played in a World Cup semi final, Croatia didn't even exist. When it finally did emerge from the collapse of Communist Yugoslavia, it did so through a brutal war of independence. 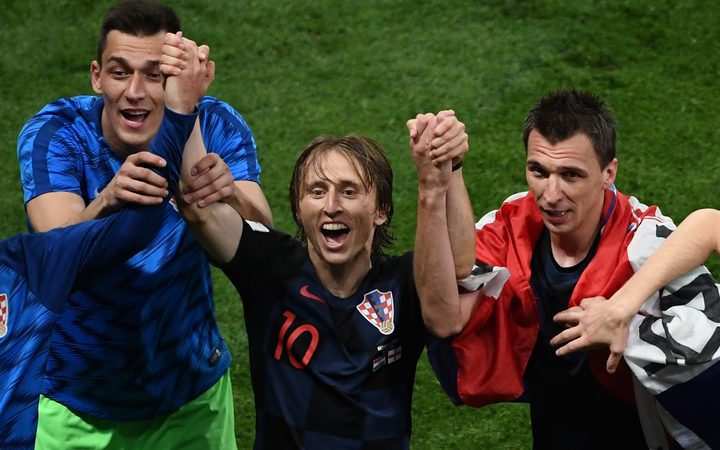 It is a young, proud nation of just over four million people - smaller than New Zealand and within touching distance of the greatest prize in sport.

When he was 6, his grandfather was shot dead.

His family became refugees, in a warzone.

He grew up to the sound of grenades exploding.

Coaches said he was too weak and too shy to play football.

They've just gone one better than their previous best World Cup effort - a semi final loss in 1998 to eventual champions France. In a nice bit of symmetry they'll meet again in the final for the 2018 World Cup.

Just imagine if they were to pull it off and win.