England fans were left dejected as Croatian supporters revelled in their team's 2-1 win over England in extra time. Here's how social media reacted: 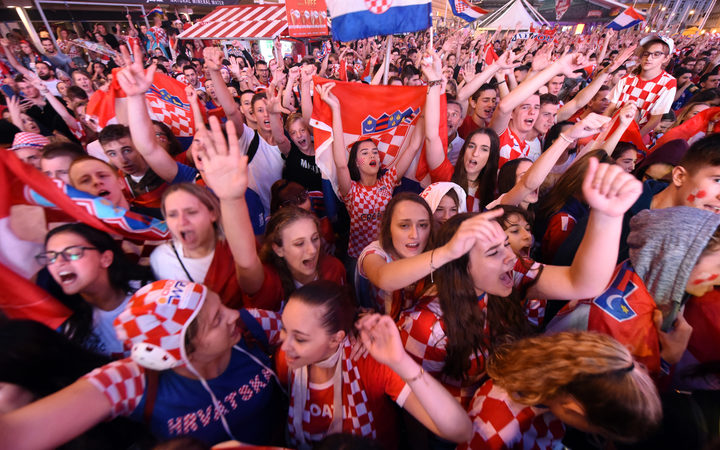 It began well for England.

The scene in Zagreb as Croatia's fans celebrate reaching the #WorldCup final.

Second smallest nation in history to do so and they're the first nation to win three-straight World Cup games in extra time. Incredible fight. #CRO #ENGCROpic.twitter.com/nFW2qrhiZa

England captain Harry Kane said the loss hurt, and thanked everyone for their support.

It hurts a lot. It will hurt for a while. We can be proud and we'll be back. Thanks for all your support. #ThreeLions #ENG #WorldCup pic.twitter.com/mJKOWtAOlK

Prince William, the Duke of Cambridge, and British Prime Minister Theresa May both expressed how proud they were of the England team:

I know how disappointed @england must feel right now but I couldn’t be more proud of this team and you should hold your heads high. You’ve had an incredible #WorldCup, made history, and gave us fans something to believe in. We know there is more to come from this @england team. W

Wasn't to be this time but it's been a great journey that's made the country proud. We'll be flying the flag on Saturday. #ThreeLions #CROENG

The UK papers are hailing the team as heroes, saying they did the country proud and thanked them for their effort in the World Cup.

Thursday's Daily Star
"You did us proud"#tomorrowspaperstoday#bbcpapers
(via @hendopolis) pic.twitter.com/hnYMDNqnDb

Thursday's Daily Express
"We lived the dream... thank you England"#tomorrowspaperstoday#bbcpapers
(via @hendopolis) pic.twitter.com/1H7dkBspds

Man of the match over and over again# Modrich✔✔✔ #CROENG #WorldCup #England #CROATIA➡➡https://t.co/e0nwmUMCQ9 pic.twitter.com/JyhQ8gMNdN

"How did you celebrate Croatia making it to the semis?"

"Well, I launched my sofa out the window mate, obviously." pic.twitter.com/jo0Zb1kyXa

And others just enjoyed making fun of England.

All of England right now pic.twitter.com/ADhsKsBnke