Champions Germany crashed out of the FIFA World Cup after suffering a stunning 2-0 defeat by a tenacious South Korea on Wednesday that eliminated them in the opening round for the first time in 80 years. 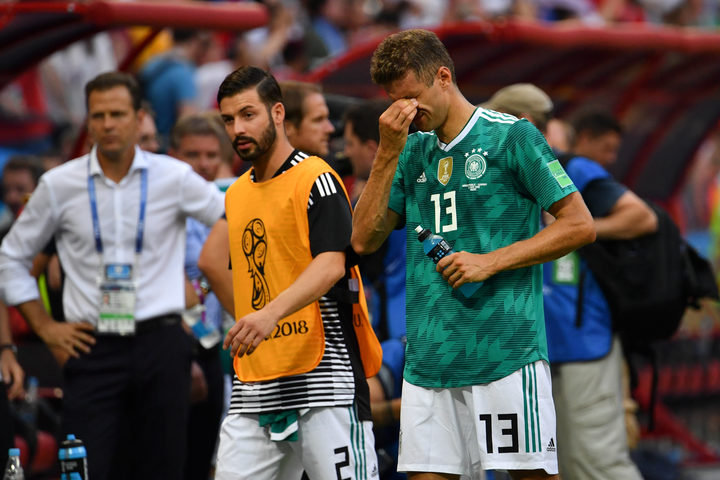 Germany would have progressed with a win at the Kazan Arena but barely looked capable of scoring against the Koreans, let alone going on to successfully defend the title they won in Brazil four years ago.

In the final frantic minutes in front of 41,835 flabbergasted fans, Kim Young-gwon and Son Heung-min finished off Joachim Loew's Germany side with two stoppage-time goals to condemn them to finishing bottom of the group on three points.

Instead, they will head home after a scarcely believable failure, having been unable to break down the South Koreans and after a shock 1-0 loss to Mexico in their opening group match. 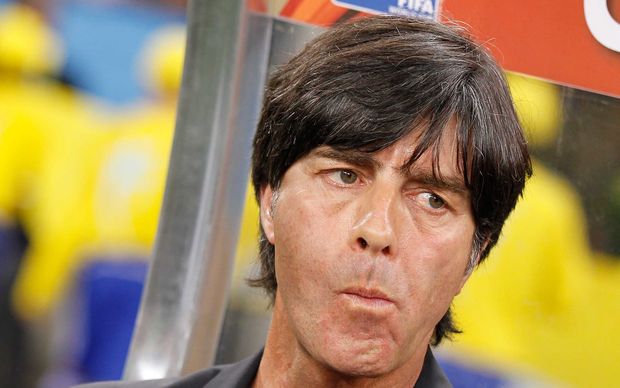 Coach Loew struggled to explain it.

"I cannot say why this was for us," he told reporters. "It was a bit of overconfidence ahead of Mexico - that we can press the button and win.

"It turned sour. I must take responsibility for this. The entire German football lost, the team lost. A lot of things we built up since 2006, always at least (a) semi-final. We have to apologise for that."

The South Koreans, who had no idea of the score in the other match, rejoiced as if having won the tournament, while 11 German players hoped the ground would swallow them. 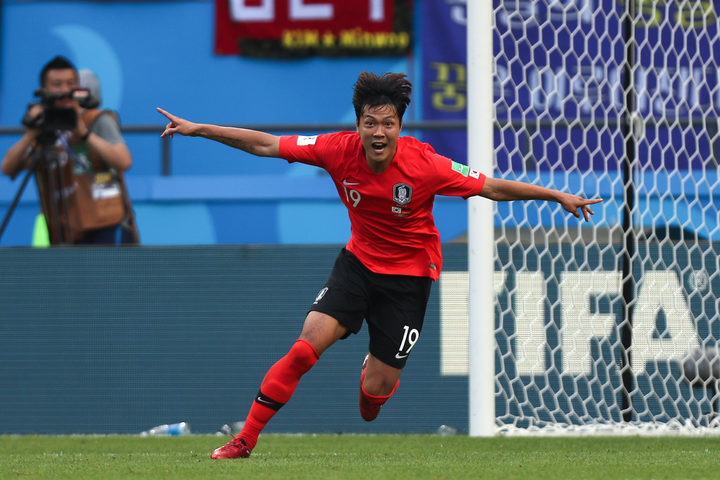 Sweden won the group after thrashing Mexico 3-0 to also deny South Korea a spot in the knockout stages.

Once the Swedes had taken the lead in their concurrent match, the equation grew grim for Germany.

Loew sprung changes after the break, bringing on Mario Gomez and Thomas Mueller, who was dropped from the starting side, but a collective paralysis seemed to have taken hold.

Offered a free header from close in with minutes left on the clock, Mats Hummels missed the ball completely, a perfect snapshot of an afternoon of serial ineffectiveness going forward.

"We believed until the end even with the 0-1 (deficit) we tried to turn it but we could not score," said Hummels, after Germany became the tournament's third champions in succession to go out at the group stage.

"We had a lot of chances, even me I should have scored in the 87th (minute).

"Today it was not easy but, yes, no team could get through easily." 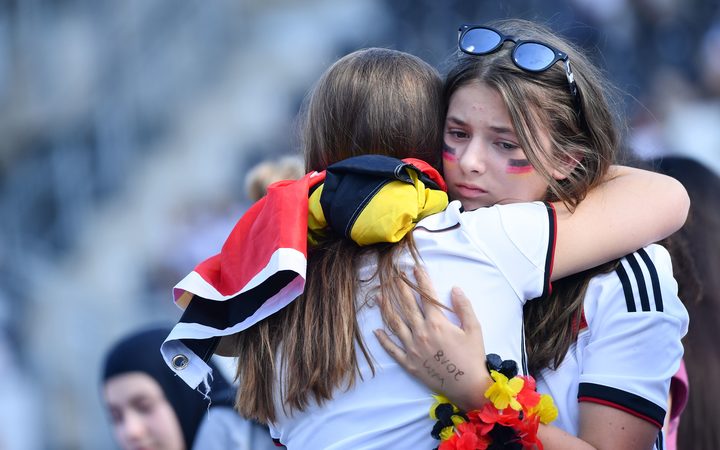 Toni Kroos, the hero in the 2-1 win over Sweden, tried desperately to spark his side in the second half but was denied by South Korea's Cho Hyun-woo in the 88th minute, one of a number of fine saves by the keeper.

"We were playing for the Korean people," said Cho, a cult figure at home for his ostentatious, orange bouffant.

"It was only after the match that we found out the other score, of course we were disappointed and thatG��s why some of us cried."

Kim Young-gwon broke the deadlock in added time when he found himself alone in front of goal after a corner and poked the ball home from close range.

The goal was ruled out offside on field but confirmed by use of the Video Assistant Referee.

South Korean celebrations went up another notch when Son sprinted to retrieve a long ball, and with Germany's captain and keeper Manuel Neuer having gone upfield to try to help his side score, the Tottenham forward fired a low shot into the net to wrap up the win and leave the Germans distraught.

"We need to congratulate our opponents," Loew said.