A Kāpiti district councillor is warning residents have lost control of their rubbish, with tonnes of it ending up in a controversial landfill. 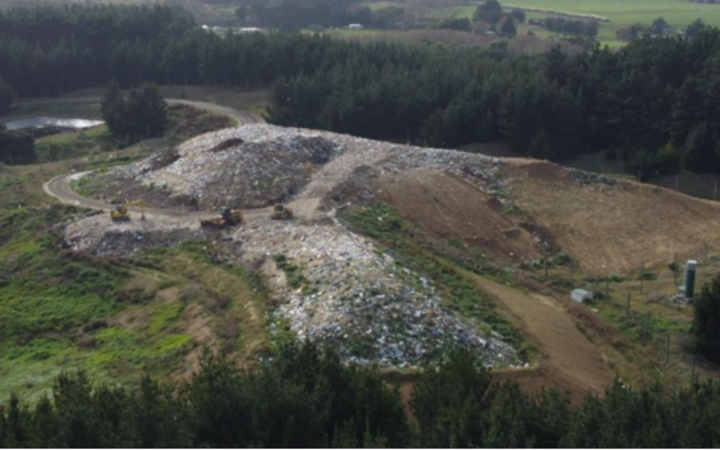 A lot of the rapidly growing area's waste has, for years, been dumped at the Levin landfill near Hōkio Beach.

Hōkio is in breach of some resource consents, though it is still operating.

It has been a flashpoint of complaints and court action, culminating in a deal - now fraught - done in 2019 to shut it by 2025.

Kāpiti District Council said its contractor Midwest Disposals, and not the council, controls where its rubbish goes.

Mayor K Gurunathan said the Resource Management Act put it on the contractor to use a consented landfill.

"So when they take it from our transfer station, it is then their business to put it where they choose," he told RNZ.

"Residents have lost their voice completely on how they want to treat their sustainable rubbish and how responsible they want to be," Elliott said.

"Do they want to still continue sending their problems, throwing them over the fence to Hōkio, or do they want to do things better?"

Hōkio local Rose Cotter was not happy with the situation.

"I would say keep your rubbish, send it somewhere else. It's growing a mountain in our backyard of rubbish."

Elliott said Kāpiti, in 2012, set a goal for the area to be "zero waste" by 2020, with dumping at Hōkio envisaged as a stopgap until then.

Instead, while households were being encouraged to recycle, construction and demolition waste had only increased. This now makes up half to three-quarters of all the district's waste.

Its website has a lot to say about waste minimisation efforts, but little about where landfilled rubbish goes. RNZ has asked for more information.

If Hōkio dump closed, it is expected more Kāpiti waste would go further north, to the massive Bonny Glen tip near Marton, where some already goes now.

"I would hate to be a person in Marton listening to this. Kāpiti has to take responsibility for its own rubbish."

"KCDC do not 'own' or determine where the waste goes," general manager of Midwest Disposals, Paul Mullinger, told RNZ.

"There is no contract that bans waste going anywhere. Kāpiti waste is currently split between Hōkio landfill and Midwest's Bonny Glen landfill for disposal."

Midwest and its subcontractor EnviroWaste Services operate Hōkio dump, which is owned by the Horowhenua District Council.

Bonny Glen is lined and set up to take many millions of tonnes of waste on nearly a hectare of land in Rangitīkei.

Midwest is a 50-50 joint venture between Waste Management and Enviro Waste, both of which are owned by the Chinese government or other interests in China and Hong Kong.

A spokesperson for the Kāpiti District Council said they were not in a position to build their own landfill as it was too unaffordable.

"From an environmental perspective the drive has been to co-build larger compliant regional landfills either by consortium or councils (like in Christchurch) or by industry (like Bonny Glenn)," they said.

"As an example, New Plymouth recently decided to truck all their waste to Bonny Glenn in Feilding, instead of building a new landfill as it was unaffordable."

Cotter acknowledged that closing Hōkio dump would force rubbish elsewhere, but at least it would not be getting dumped on "pristine" sandy paddocks that could readily leach pollutants into Hōkio stream, she said.

The old Hōkio dump, opened in the 1970s, is not lined and tests show it is leaching pollutants into the stream; the current dump nextdoor that has operated since the 1990s is lined.

A nearby drain has toxic ammonia in it as a level that is a threat to sensitive species.

Two are at the low-risk end and one significant - the failure to undertake any methane surface monitoring.

Hōkio is also being investigated over waste from Wairarapa recently dumped there.

This is "slightly contaminated topsoil from an orchard in Greytown" used to cap the dump, according to minutes from a group set up to try to close the dump.

The district council said tests showed the topsoil was okay, and that soil like this has been used to build BMX tracks elsewhere.

However, after a complaint, the regulator the Horizons Regional Council called in an external expert.

It expects to get a report back in two to three weeks.

"Horizons understands that Horowhenua District Council believes that the material could be accepted at the landfill and followed the appropriate process," Horizons said.