Search efforts to find baby orca Toa's pod will ramp up this weekend as crews make the most of a fine weather window. 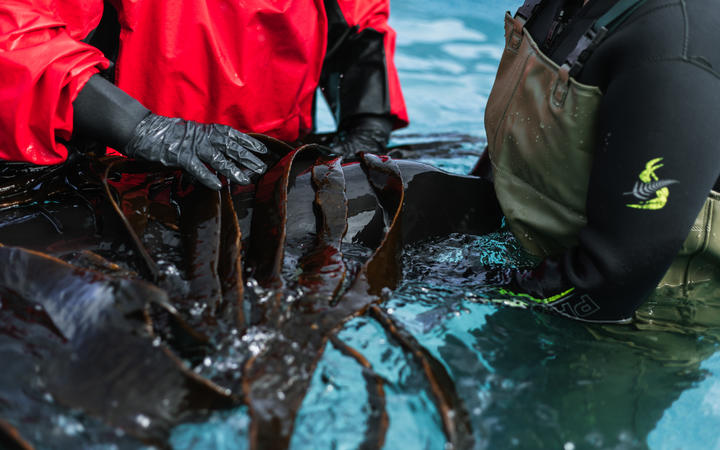 The orphaned calf was moved from a pool to a sea pen last night where he began calling and zooming around.

Two planes and a Department of Conservation (DoC) boat were searching the sea off the Kāpiti coast today after a confirmed sighting of an orca pod this afternoon.

Spotters are hoping the pod is the one that abandoned Toa on 11 July.

An orca expert and volunteers are looking after the juvenile, named Toa, in a sea pen at Plimmerton as he recovers from injuries.

DoC's operations director Reg Kemper said Toa was being well looked after when he saw him today and was loving being back in the sea.

"He seems OK. He didn't feed for a little while, but he's taken two feeds earlier today so he seems to be back to relatively good health."

The pod seen off Kāpiti coast has not been relocated, but teams will be back out tomorrow, Kemper said.

The public is also asked to keep a look out for orca pods, and report any sightings - including details of location, the number of whales and the time of the sighting to DoC.

It has been nearly two weeks since the three to six month old orca stranded near Plimmerton, north of Wellington, meaning a decision over his fate looms.

"It is a fairly difficult situation. It is very complex," Kemper told Checkpoint.

"There is a lot of emotion connected to it. Everybody involved has a long term interests of Toa at heart. There are a range of views around about the best outcome overall, but we're going to have to do some planning and work through that. There's no decision at this point. At the moment we're just totally focussed on trying to get him reunited with that pod and trying to track them down."