A voluntary poo patrol has scooped up kilograms of dog-doo from Dunedin's popular West Harbour walkway.

A few weeks ago, Antonia Wood told Checkpoint her family had had enough of scraping dog faeces off, so she actually highlighted every last doggy discard to show how crappy the situation is.

Wood and 10 volunteers from the group POOP (Poo Off Our Paths) then literally took matters into their own gloved hands.

"I spray painted all the dog poo along the West Harbour walkway from St Leonard to town with some water soluble hi-vis spray paint, just to highlight how many dog poos there actually were. And also so other people weren't gonna stand on them like we had been doing," Wood said. 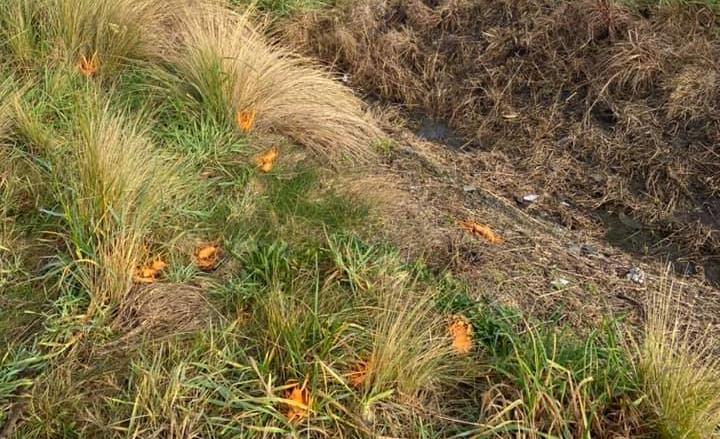 "We filled two large plastic tubs with our compostable bags from everybody's collection and we think that we came to about 30 kilograms of dog poo," Wood said.

"We can hardly the lift the tub at the end of the cleanup. 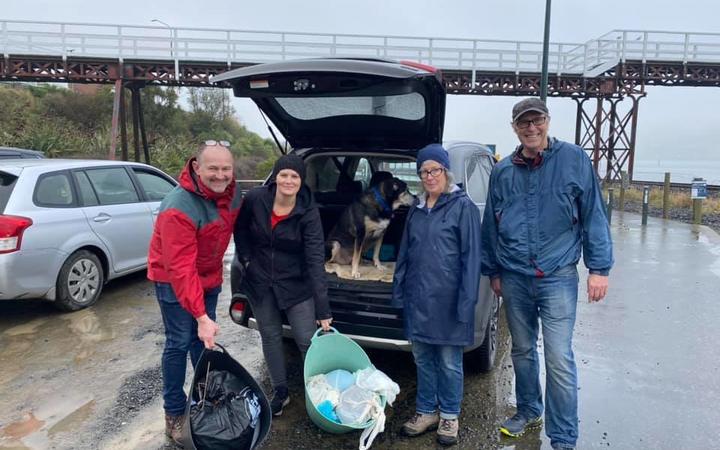 She said there was a combination of a lack of responsibility from some dog walkers not minding their dogs, and some not caring about leaving the poo.

"I think that some people think that they don't need to remove it but just flicking it off to the side of the path is okay and I think some people aren't looking at their dogs the whole time that they're walking, so they might not have them on a leash and don't see the poo to pick up."

Woods was hoping to raise awareness, with the Dunedin City Council also getting involved and installing extra signs.

"We've now got a whole lot of signs along the walkway about scooping the poo and keeping your dogs on a leash. So I hope that will help.

"I hope that this raises awareness of the responsibility of dog walkers so that we won't have to keep doing this, because we just want the dog walkers to take their own [dog] poos home."

Signage warns dog walkers they can be fined up to $300 if they leave dog poo behind.