A new marine protection area has been confirmed near Mōtītī Island, off the Bay of Plenty coast. 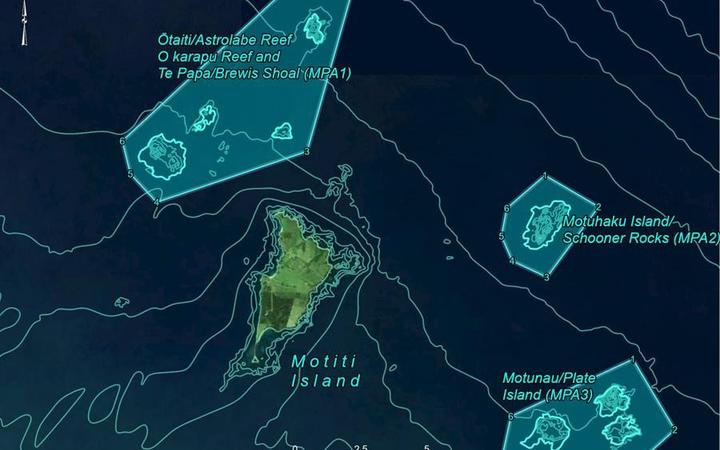 The new blanket ban will mean recreational, commercial, and customary fishers, divers and spearfishers will no longer be allowed to anchor on or take marine life from the three reefs making up the Mōtītī Protection Area.

These are Ōtaiti Astrolabe Reef which was the site of the 2011 Rena oil spill, Motuhaku Island Schooner Rocks and Motunau Plate Island.

The Environment Court directed the Bay of Plenty Regional Council to protect the area, after a successful case brought by the small hapū group, the Mōtītī Rohe Moana Trust.

The rules apply to all water users equally and includes those who catch and release.

Bay of Plenty Regional Council strategy and policy committee chairperson Paula Thompson said the marine protection area was introduced to safeguard the indigenous biodiversity that relies on these reefs.

"This marine protection area is the only one of its kind in Bay of Plenty and a really important and unique opportunity for us to better understand the health of the marine environment and the ecosystems it supports," she said in a statement.

"We've already begun monitoring these reefs and the taonga species that call it home but once in place we'll be looking to establish a benchmark so in the future we can see if the protections are working.

"We recommend anyone who goes boating in this area becomes familiar with the extent of the protection areas on our website."

The new rules come into place on 11 August.

For more information on the Motiti Protection Area visit www.boprc.govt.nz/motitipa.