The Greater Wellington Regional Council is being urged to establish a blue belt to protect the entire coast of the region. 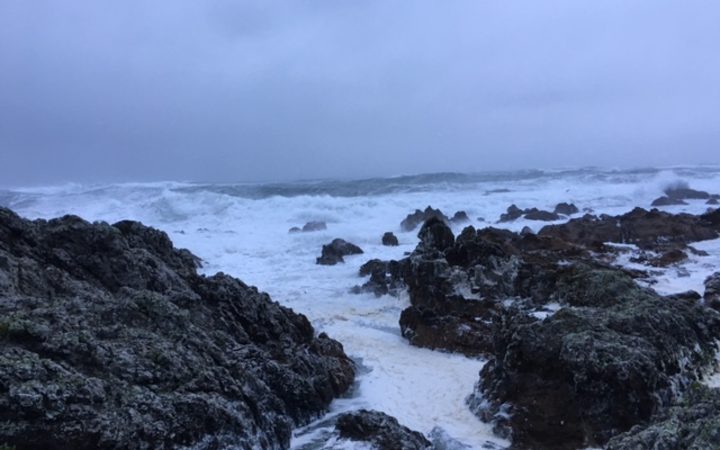 The idea, which is similar to protections made by the city's green belt on land, is being pushed by a candidate running for council.

Thomas Nash said it was the responsibility of the regional council to safeguard Wellington's waterways and marine life.

While many of the other candidates said they backed the idea, some were concerned about its impact on fishing.

A blue belt, but not a new belt

A blue belt for Wellington isn't a new idea, environmentalists campaigned for the City Council to implement such a plan in 2013.

But the City Council said even though it was still on their long-term plan from 2015-2025, it had been put down in the pecking order behind other freshwater initiatives.

The Council said that they were still in the middle of operations that do come under the Blue Belt umbrella, but it just didn't have that status.

The idea is now getting political support at the regional council, with candidate Thomas Nash, who is standing in the Pōneke/Wellington constituency, wanting to see the idea revitalised.

"Think about the green belt, or the town belt, in Wellington, and that is essentially a plan for managing that land for various purposes," Mr Nash said.

"Obviously this blue belt would probably be less strict in terms of restrictions on activities, but it would have the same purpose for a really important resource that has intrinsic value for us to enjoy."

The blue belt would extend for all 8000sq/km of ocean the regional council presides over, from Otaki on the West Coast to Castlepoint on the East.

"The real sort of motivation of this blue belt idea is the importance of restoring our marine habitats," he said.

"Both for bringing back the abundance of sea life we all value in Wellington, but there's the importance of carbon sinks."

Mr Nash said the recent example of Motiti Island in the Bay of Plenty placed the onus on regional councils to cater for culturally and ecologically significant areas.

In that instance, the local community approached their regional council, requesting several areas around their island were given the status of a "marine protected area".

But when the council refused, citing the Fisheries Act, that community took the council to court, and won.

Mr Nash said the outcome of that court case - which has since been appealed - means regional councils had a responsibility to protect biodiversity hotspots and mana whenua interests, in waters, as they do on land.

Technical advisor of the Motiti Rohe Moana Trust, Te Atarangi Sayers, said other communities would be heard because of it.

"I'm totally hopeful that this process will help communities inform the values that are significant for them.

"And for the first time I think we now have an opportunity as communities at regional level, to be able to inform the appropriateness of activities."

The main thing to come from the court ruling, which was first given in the Environment Court, and then upheld at the High Court, was that it provided an interface between the Fisheries Act and the Resource Management Act.

Mr Sayers said it was the latter that gave councils the authority to locate local areas of cultural and ecological significance, that could be then be used in conjunction with the Fisheries Act, to give to the Fisheries Minister.

"In essence, it's been one of those things where regional councils have a duty to inform their regional plans with the values that are protected in the RMA.

"But more to the point is that where else would the Minister of Fisheries, when setting fisheries management, get the information and context of special values?"

In a written statement to RNZ, Fisheries Inshore NZ chief executive Dr Jeremy Helson said the fishing industry was consistent in its support for measures that protected the marine environment.

But he criticised Mr Nash for his interpretation of the Motiti Island example.

What did the other candidates say?

Among fellow candidates, however, Mr Nash has significant support.

Of the 22 other candidates standing in the Pōneke/Wellington constituency, RNZ got in touch with 19, all of whom outlined their views on the plan:

John Klaphake - Yes (Y): We need to see ourselves as being part of an ecosystem. This doesn't stop at the coast.

Anand Kochunny - Maybe (M): I would, in principle, support the idea of a blue belt - subject to the proposal not being a further financial burden on ratepayers. With the possibility of looming rates rises from both GWRC and WCC, any Councillor should consider the financial impact of new proposals on ratepayers - and whether further impositions on the ratepayer are fair, necessary and justifiable.

Roger Blakeley - Y: By implementing a blue belt we could restore the fragile ecosystems on rocky reefs. It could revive the abundance of sealife. It could bring about more visits from whales and dolphins and penguins. Lots of benefits for the marine ecology of our coastal areas.

Daran Ponter - M: I'm happy to support further consideration of it, but mindful that there are other people that have issues. But in many areas, those communities can be easily accommodated.

Sam Somers - Y: The concept behind it is good. Needs to be more education behind the public, but I do support the concept, because it's protecting the marine life, and means we need tougher scrutiny on resource consents. Definitely will support it!

Lesleigh Salinger - Y: I'm all for putting in place resilience, protective measures for protecting the environment in the wider sense, on the coastal areas. It's a major task in a sense to set up resilient protective measures. An ambitious plan is needed but how's it going to be funded?

Tony Jansen - Y: Obviously with climate change and species extinction, we've got to do as much as we can to protect not just the green environment but the oceans as well.

David Lee - M: it's almost a given - the concept of a conservation area has already been set up. There's already a marine reserve. It would just be a case of business as usual.

Philip O'Brien - No (N): I am not keen on banning fishing around the Greater Wgtn area coast. There is already a marine reserve on south coast.

Victoria Rhodes-Carlin - Y: I strongly support it, I want to see more marine reserves like the one out on Island Bay. But I think it's really important that mana whenua are really involved in the decisions around protection and conservation management. I think that's probably the first step before we support a blue belt.

Alexander Garside - Y: I think it's a good idea. Ultimately things like fishing are good fun, and I think it would be hard to override it completely. But our oceans need our help. Fish stock need to replenish.

Yvonne Legarth - Y: I support a blue belt for Wellington. The marine environment needs recognition of its ecological and cultural values.

Bryce Pender - M: Sounds like a very interesting idea. I'd like to see a bit more, to delve a bit deeper into the plans. I'm in favour of it, but there are questions that would have to be asked. But it's definitely a worthy concept, for review and establishing what's going on.

Jill Ford - Y: I've been very active in the underwater area for a long period of time. I was one of the people who made written and verbal submissions for the reserve at Island Bay. One of the thing that makes me stand is the environment, and I'm very conscious of the fact that we have degraded the oceans. Very little fishing is sustainable. Wellington has had depleted fishing, and I would like to see more marine reserves. So a blue belt is fine, but I would love to see more marine reserves.

Phil Quin - N: I think we have more pressing challenges like fixing a broken public transport system and addressing what appears to be a budget crisis within the Council.

Helene Ritchie - Y: I'm totally behind it. It's been a long-standing issue. My son was involved - he's been involved with a protection group which is establishing a marine reserve from Timaru to Southland.

Gavin Bruce - M: I would probably expand it, but not all the way around. On the Cook Strait the weather protects it. But the reserves do prove that they work. As long as recreational fishers can make a living. Just got to make sure.

Ray Wilson - Y: I think I would support that. There's a lot of concern around over-fishing, and there's a lot of things we don't know. It pays to do everything we can to protect those areas.