Up to $247 million of New Zealand seafood exports to the United States are under threat because of ongoing court action.

The US Marine Mammal Protection Act requires countries selling seafood in to the United States to have comparable levels of protection for the likes of Māui dolphins, to what it does.

The same act was successfully used to ban seafood imports from Mexico due to endangered vaquita dolphins becoming caught in nets.

Sea Shepherd New Zealand director Michael Lawry said while this year's updated threat management plan brought in protections along the entire North Island West Coast, it did not restrict fishing far enough out to sea, where the remaining 57 Māui were known to roam.

"Not fulfilling that 100-metre depth contour which the scientists of course have been asking for for years - as well as the IWC and the IUCN have all been saying since about 2012 or 2013, you need to protect these native dolphins out to the 100m depth - and we're not getting that."

On the East Coast of the North Island, fishers are largely able to carry on as before.

Māui dolphin expert Professor Liz Slooten, who was providing evidence for Sea Shepherd's case, said MPI had yet to prove there were no Māui there, meaning they could be missing out on much needed protection. 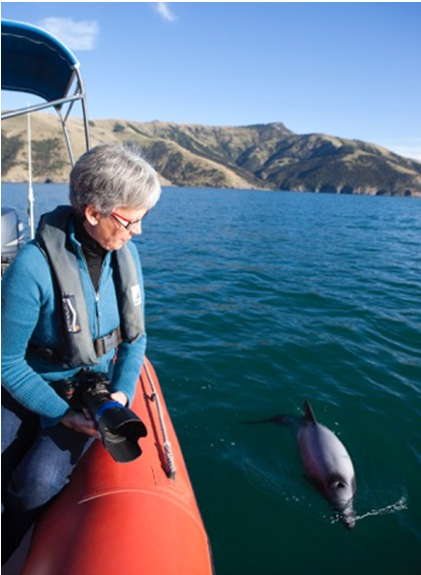 She said there had been 38 sightings on the East Coast in the past 12 years alone.

"Rather than saying, 'oh, there seem to be Hector's or Māui dolphins on the East Coast, let's find out more about this, let's find out how many there are, let's find out what their genetic makeup is', instead of that MPI seems to have been basically ignoring it."

DNA sampling of the seawater close to where these dolphins are will establish whether they are Māui or their closely related cousins, Hector's dolphins.

"That would be very easy to do," Prof Slooten said. "Basically what it would take is whenever somebody calls in one of these sightings then please can you empty your water bottle and fill it up with water taken close to the dolphin sighting and then take that water bottle off to your local Department of Conservation office and they will get it to Auckland University and they will do the genetic testing."

An important protection brought in this year was the ability of the minister to further restrict fishing if one more Māui was found dead.

Cameras were also monitoring by-catch on 20 of the roughly 180 trawlers and other fishing boats operating off the North Island's West Coast.

Sea Shepherd's Michael Lawry said with only 57 Māui left, even one more death could tailspin the population into extinction.

"Cameras are after the fact, right? So all we're going to be doing is be documenting their decline, really."

The New Zealand government has joined the action at the US Court of International Trade in New York as a defendant, saying "the analyses the plaintiffs have submitted to date are riddled with numerous factual errors and flawed assumptions."

The Ministry of Primary Industries said its US counterparts had already rejected a petition by Sea Shepherd to ban imports after finding New Zealand's protections were equivalent to those in place in the US.

The threat management plan was developed using the "best available science" and it stood by the measures, MPI said.

A hearing date has yet to be set but is likely to be in January.

The $247m at stake represents all New Zealand seafood exports to the US for 2019.

While only fish caught in the area inhabited by Māui would face a ban, Sea Shepherd's evidence is that the entire amount would have to be banned because of the country's lack of traceability around where fish is harvested.