National's Judith Collins says voters can trust her when she pledges to rule out key elements of potential partner ACT's economic plan, but insists the same can't be said of Labour and a wealth tax. 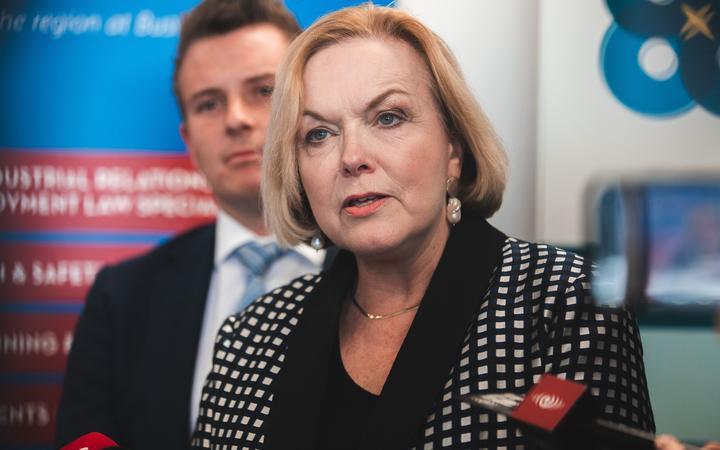 She stepped up her 'Stop the Wealth Tax' campaign over the weekend, and despite Labour leader Jacinda Ardern repeatedly ruling it out, Collins continues to insist voters should not take Ardern at her word.

The wealth tax is a Green Party policy, Labour's most likely partner if it's in a position to form a government after the 17 October election. The Greens want to tax individuals on their "net wealth" over $1 million, not including a mortgage or other debt. Co-leader James Shaw said his party would expect to have everything on the table for any post election negotiation, including the wealth tax.

Campaigning in Christchurch today, Collins laughed off the accusation from Ardern she was "rolling the last dice of misinformation" by continuing to claim a wealth tax would happen.

"I thought that was very funny, we're not the party that brought up a wealth tax actually, the coalition partner of Labour actually brought that up - the Greens," Collins said.

"They're the ones bringing it up, and I don't believe for a moment that these guys aren't going to come after everyone's money… that's been hard worked for and they want to take it off them." 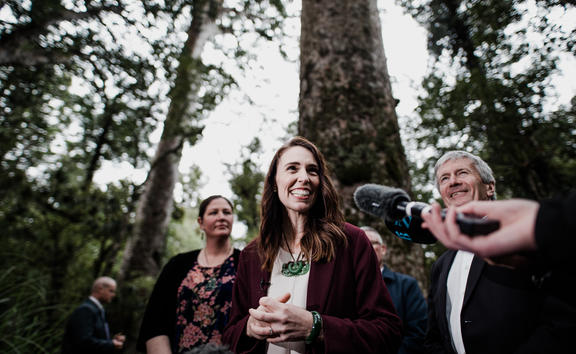 Ardern expressed her "frustration" today saying National should be "courageous enough to debate real issues and fact, not fiction".

So what would Collins rule out if in a position to negotiate with ACT for the government benches?

"We won't be doing a flat tax," she told reporters, "and we're not going to be cutting benefits".

When asked about slashing government spending, she said that "would have to be very carefully looked at, and obviously things like health and education clearly not, we already have substantial policies out on that."

But ACT might want Collins to take a closer look at its tax plan, as it doesn't have a flat tax policy; it's proposing cutting the current 30 percent threshold to 17.5 percent, leaving the income tax system with three rates.

It was put to Collins that she's taking the same position on ACT's policy as Labour is on Green policy, so why should voters trust what she says - "you can believe me… I'm not someone who takes chocolate biscuits to the negotiating table to show subservience".

However, National has had to correct wealth tax attack ads, as they were using inflated figures about how much people would have to pay, which Collins dismisses as a "digital error... but it was fixed - fine, no problem". 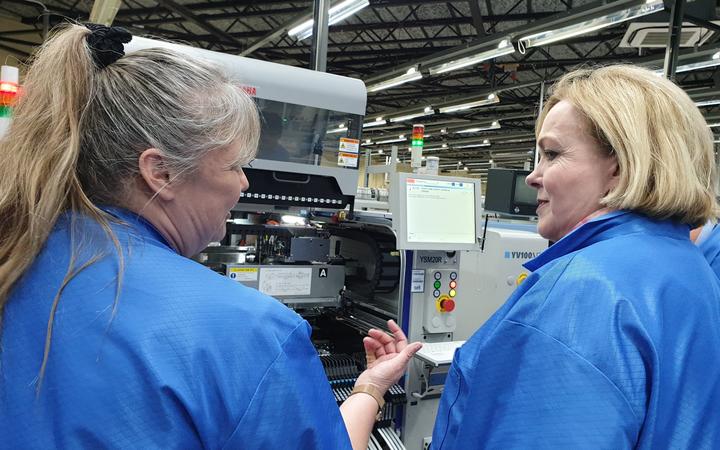 She continued to face questions about caucus disunity, but told reporters she wasn't interested in finding out who leaked a damaging caucus email last week, as she has a campaign to focus on.

"I don't need to do anything on that, my focus is very much on the people of New Zealand and the economy, I do not have time for anything as I'm focused on campaigning."

Echoed by deputy leader and campaign manager Gerry Brownlee: "No, no time to bother with that".

As the parties head into the final week there'll be no more policy from National, nor will it hold a big rally, like Labour's at the weekend.

"We did plan to have one and we were put into lockdown… we're just getting out there with the people, shaking hands, talking to people, listening to them," said Collins.

"It's not something we normally do… we're actually quite modest people in the National Party, we like to be out with the people."