The ACT Party wants to allow most returning New Zealanders to isolate in privately-run facilities - such as Airbnbs - rather than government-managed isolation hotels. 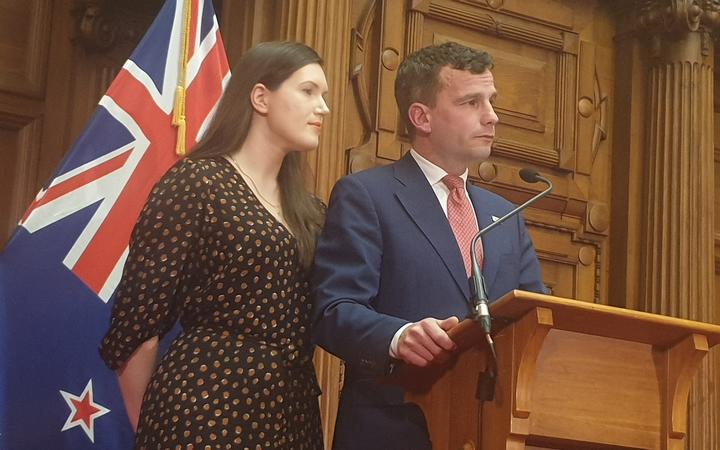 Party leader David Seymour announced the Covid-19 policy at Parliament this afternoon, saying New Zealand should model itself on Taiwan.

In Taiwan, new arrivals can quarantine at hotels, Airbnbs, or a private home, but are electronically monitored and face steep penalties for breaches.

Seymour said that approach was far superior to New Zealand's "prohibitively expensive and overly disruptive" strategy which required people to stay in a government-run hotel for 14 days.

"The government's job is to set clear rules of the game for isolation, and if you break those rules, then you can finish your 14 days in Mount Eden [prison]," he said.

"And I don't mean the nice new remand centre - I mean the old one they closed 30 years ago."

People could be monitored using GPS on smartphones, as in Taiwan, Seymour said. Rule-breakers would be subject to fines "well into the thousands", as well as the threat of imprisonment.

New arrivals would be risk-assessed based on their circumstance or the country they were coming from. For example, people with criminal records or deported gang members would continue to be housed in a government-run facility.

"At the moment, if you are a rail tunnel engineer coming to work on the City Rail Link you get treated the same as a 501 [deportee]," Seymour said.

"I don't think that makes sense."

People would "absolutely" still be subject to the current requirement to be tested twice during the 14-day period, Seymour told reporters.

Asked how that would be facilitated, he said people were already being tested all over the country, but initially certain areas could be stipulated.

ACT did not want to abandon the Covid-19 elimination strategy, but to explore ways to make it more affordable, Seymour said.

It wants a "Central Epidemic Command Centre" to be set up and tasked with "maintaining elimination while maximising overall wellbeing".

Seymour said its first task would be to improve contact tracing to such a standard that lockdowns - like the current one in Auckland - were not required to contain an outbreak.

"We've got to get a lot smarter than just telling everyone to go home and put a teddy bear in the window for five weeks every time there's an outbreak."

That would involve the use of more advanced technology, such as the CovidCard currently being trialled in Rotorua, and temperature testing at airports, Seymour said.