Opinion - How many people vote on a "feel-good" gut instinct, and how many demand detail and credibility?

Maybe we'll find out tomorrow. One major party wants to win your heart. The other wants your heart and your head. Just watch the leaders' debates. One leader repeats important value statements while the other emphasises the complexity of policy. 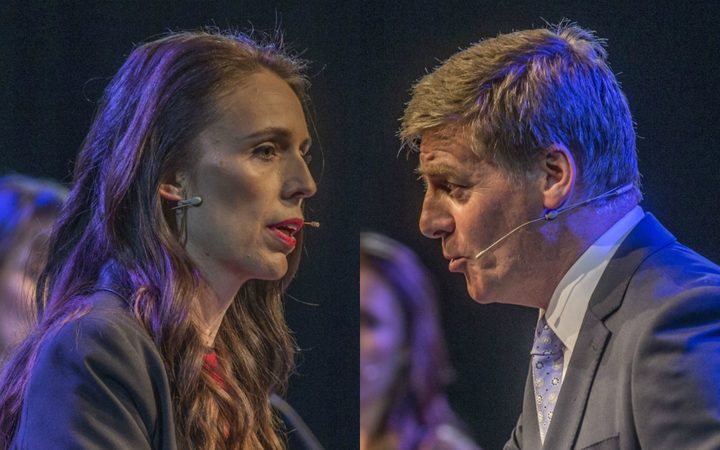 I will vote National for the New Zealand we all want to live in, where child poverty is rare, our rivers are clean, housing is affordable, and people can meet their aspirations.

On these issues, good intentions are not a substitute for good policy. We need to have both.

Both major parties say they care. Bill English is singleminded about changing lives and I believe he's turned the public service on its head to start making real inroads into poverty, child abuse and dysfunction. And Jacinda Ardern communicates empathy and concern better than any Labour leader in a decade.

But the left wing does not have a monopoly on compassion. We all want a government that works for everyone; we just have different ways of getting there.

I'll always choose to vote for the party that can execute a plan as well as offer a vision. This comes down to experience, depth and leadership. Voters will always respond to a tug on the heartstrings - but if it's not backed up by detailed policy, a capable team and a clear plan, what's the point?

Platitudes aren't policy. While Labour has come a long way from a standing start, my honest opinion is the backtracks and lack of detail show they are still not ready to govern. The party has struggled to develop new policy despite nine years in opposition.

I'll also vote for stability. This is not a vote for the status quo, it's a vote to keep moving on the path we're on. We have one of the most successful governments in the Western world. New Zealand is growing faster than Australia, the United Kingdom, Europe and the United States. This can't be taken for granted.

Voters may yet show us they prefer Labour's message and trust them to work out the details in government. But I think most New Zealanders know how good we've got it. They also know where their food comes from, and what drives our economy. Despite the so-called "rural-urban divide" talked about in this election campaign, I believe that when the economy is booming, we are all better off.

This comes back to compassion. I don't want economic growth for growth's sake. Growth is good because more jobs and higher incomes lift people out of dependence and poverty. And good economic management gives the government options. This is what sets right wing parties apart: they don't believe we have to limit our opportunities in order to get ahead.

So I don't have to choose between head and heart - I'm voting for both.

* Jenna Raeburn is the founding director of government lobbying firm Barton Deakin's New Zealand division and has been volunteering mosty full-time for the National Party for the past month. She was previously a ministerial adviser to Christchurch Earthquake Recovery Minister Gerry Brownlee and has held several other roles in the National-led government.