Voters in the Far North grilled candidates about poverty, economic depression and youth suicide as an education debate turned to wider problems. 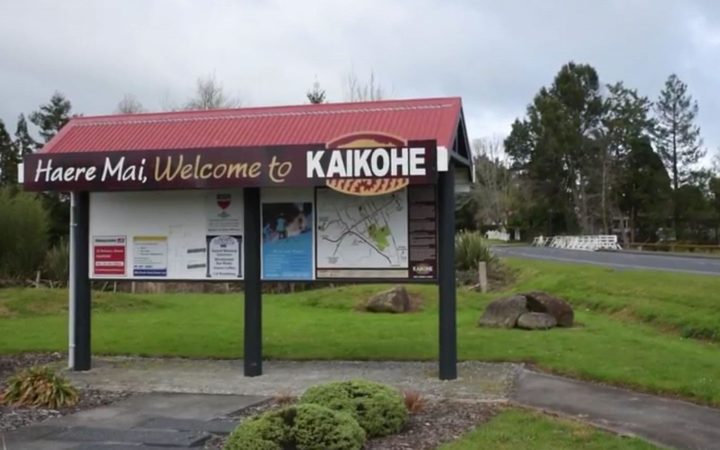 Welcome to Kaikohe: Locals are fed up with what they say is a lack of help tackling problems of job availability and poverty. Photo: RNZ

At the meeting in Kaikohe, Lucy Holly asked the candidates what could be done to reinvigorate the Far North.

"I've lived in towns in the North here and there were times when they were very prosperous.

"Is there some way that we can bring that back?"

New Zealand First leader Winston Peters said the Far North was struggling because it wasn't capturing the full value of what it produced - and that had to change.

"Why would we have a situation here where someone has got dairy farm north of Kaitaia and the milk's coming down the highway all the way to Kauri?"

It was the same for the timber and red meat industries, he said. "All the way to Marsden Point [oil refinery]", as products left the area "with no added-value whatsoever".

"That is because you've got a belief that the market will sort itself out. It's absolute humbug."

"We got sent a message and the message was 'National you have got to do better in Northland'.

"And take it from me, that message has been received loud and clear."

Some in the crowd booed and one person shouted Mr King was living in a "parallel universe" when he responded to Ms Holly's question on bringing back prosperity.

"We're the second highest growth region in the country behind Nelson, that's a fact. In Northland, you've got record building consents.

"You might choose to boo me but these are the facts," he said. 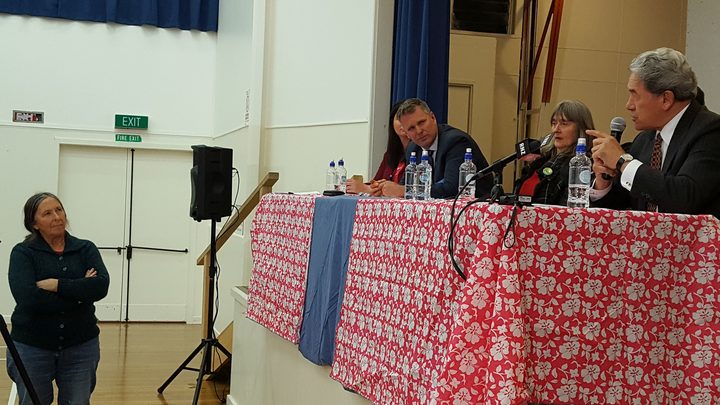 Labour's Northland candidate, Willow-Jean Prime, said poverty in the region was getting worse every year.

A local GP had told her about a woman who brought in a child bitten by a rat.

"She lives in Moerewa, when the flooding season happens the rats come up from the streams on both sides.

"[The family] live in rental accommodation. The houses are cold, damp, draughty, rat-infested. They don't have money to buy rat bait - rat bait is expensive."

Mana leader Hone Harawira, a candidate in Te Tai Tokerau, laid the blame at the feet of the country's two main political parties.

'It started with the Labour government privatising government agencies like health, like housing, like education and like welfare and selling off our state assets. They began it, but National's actually made it worse - they perfected it.

For Rawhiti Erstich-Coles, 16, the focus on the need for improved roads from many of the candidates throughout the night missed the mark.

"The Far North has some of the highest youth suicide rates in New Zealand and you continue to talk about development, roads.

"What I really want to know is, what will your party do to ensure that our youth have a secure future and will be able to vote?"

National's Matt King said the government had put extra funding into mental health, but said he understood personally where he was coming from.

"I was a policeman for 14 years and one of the worst jobs that we ever got to go to was teen suicides.

"You'd rather fight with gang members than go to suicide jobs because they were the worst," Mr King said.

Another Northland candidates meeting is being held in Mangawhai on Monday.