Internet Party leader Laila Harre has no doubt that Kim Dotcom believes an email which suggests his residency was granted in order to be extradited to the US is legitimate.

An email was published yesterday, purportedly from Warner Bros head Kevin Tsujihara, suggesting Mr Key had been involved in a plan to grant Mr Dotcom residency, so he could be extradited. Warner Bros said the email was a hoax and Mr Key said he knew nothing about it. 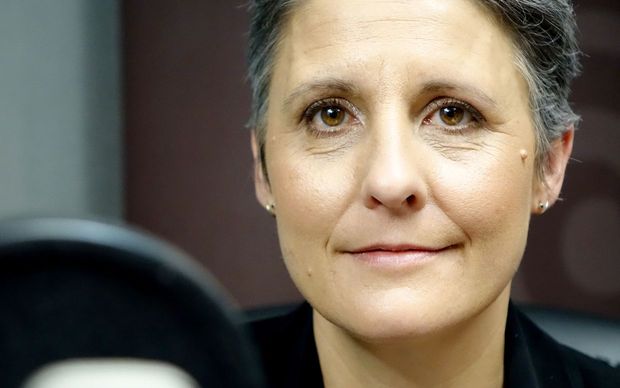 Mr Dotcom was due to release more details last night but did not, because the Mana Party had referred it to the Speaker of the House claiming Mr Key may have misled Parliament.

Ms Harre was asked on Nine to Noon how Mr Dotcom obtained the email.

"He has received very strong legal advice that the proper place for dealing with the circumstances surrounding the email need to be put into a judicial process."

Mana Party leader Hone Harawira said the Prime Minister had changed his tune over when he knew about Kim Dotcom and the raid on his Coatesville mansion in 2011.

"The Prime Minister has been really, really clear that a lot of things - 'I didn't see this, I didn't do that' - on a number of occasions.

"After that email came out he changed the nature of his conversation. He said, 'I don't recall, I may have seen it, I don't remember whether or not I saw it.'

The Office of the Speaker says it will not be dealing with Mr Harawira's privileges complaint, because Parliament has been dissolved and no new business can be initiated until the new Parliament is formed.

Mr Dotcom had promised he would reveal what Mr Key knew about him and when but at last night's "Moment of Truth" meeting in the Auckland Town Hall, he failed to come up with any evidence.

The expectation had been heightened by a story on the New Zealand Herald website earlier in the day reporting on the apparent email from Warner Bros chairman and chief executive Kevin Tsujihara.

Rather than answering questions on the email, Mr Dotcom lashed out at the media.

"You have failed New Zealanders in the past. Look at Dirty Politics - you are all part of that programme. You need to wake up and do your jobs. My case only affects me - it doesn't matter tonight. That's why we didn't make a big deal out of it."