Ms Turei became the party's co-leader in 2009 after the retirement of its founding co-leader, Jeanette Fitzsimons.

She is a member of the Parliamentary Services Commission and the Maori Affairs Select Committee, and the party's spokesperson on Education and Social Equity.

Before entering Parliament Mrs Turei was a lawyer and an advocate for the unemployed and beneficiaries. 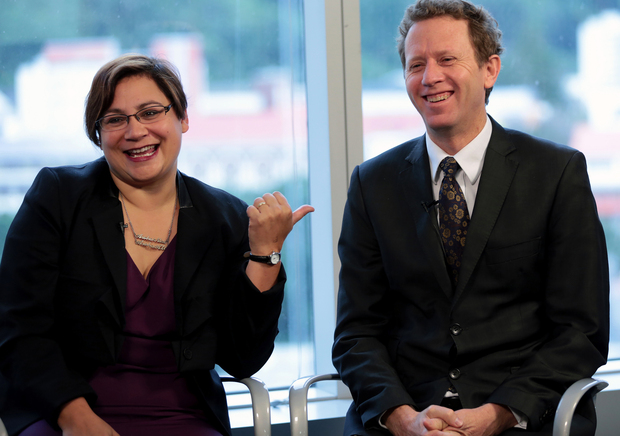 Russel Norman is a member of the Finance and Expenditure Select Committee, and the Green Party's spokesperson on Economics and Environment.

Before he became an MP Russel Norman worked in various roles including farming, gardening and in a sheet metal factory.

Dr Norman also has a PhD in political science.