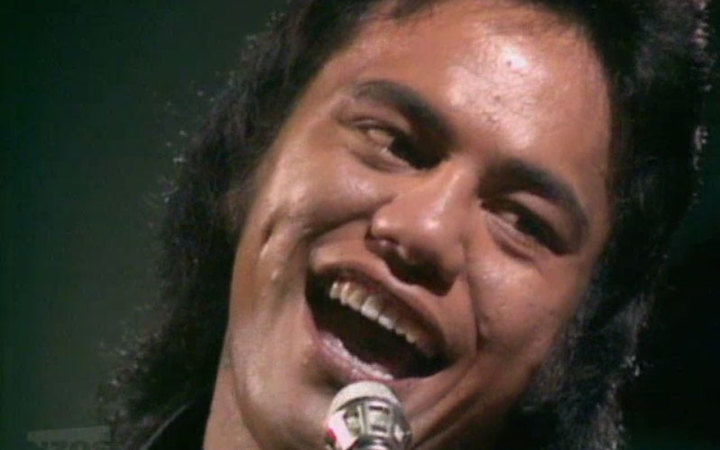 Bunny Tekokiri Miha Wahi Walters was born and raised in Katikati, and hit the charts in 1972.

His best known hits include Brandy and and Take the Money and Run.

He's described as one of the most prominent performers of the 70s, with chart success and a constant profile on TV and pop variety shows.

He died this morning in Waikato Hospital, with friends and whanau around him.

Friend and fellow singer Tom Sharplin said he first met Walters when he was 14.

"He was my soul brother, we met at a rugby function. I was singing by the piano and he was down the other end singing along and I thought, 'who is this Māori dude trying to out-sing me?'.

"Within a year, we both entered the Jo Brown Search for Stars, which was a talent search and we've been friends ever since," Mr Sharplin said.

They went on to tour the country, playing in pubs and clubs.

Sharplin said Walters was born to be a singer.

"He had a beautiful charm on stage and always presented himself in the best possible manner. I would listen to him every night before I'd perform, and I always knew I could never sing like he did.

"He was funny and quiet, a spiritual guy. We had a lot of fun together."

Sharplin fondly remembered a show they did on Stewart Island.

"We had a look through the crack in the curtain and Bunny was standing on stage, singing 'I Can't Stop Loving You', and there were three Māori women over to our left, that were standing there, and all of them had tears in their eyes. It was just a magic moment, but Bunny had that ability to touch people."

Mahora Peters, from the Māori Volcanics, also had a long history with Walters.

She said she was shocked to hear Walters had passed.

"We go way back to the 70s, we had him on our shows often. We knew him as a brother, fellow musician and a really fine gentleman.

"He had a magnificent voice and he knew exactly how to work an audience," Peters said.

She said Walters was due to met up with other New Zealand musicians at a reunion in February.

"It's terribly sad he won't make it. I spoke to him about it and I told him it would be okay if he didn't perform, we knew he wasn't well.

"We loved him, he was well loved and will be missed," she said.