The body representing the pork industry says Russia's sanctions on imports from some western nations have pushed more foreign pork into New Zealand. 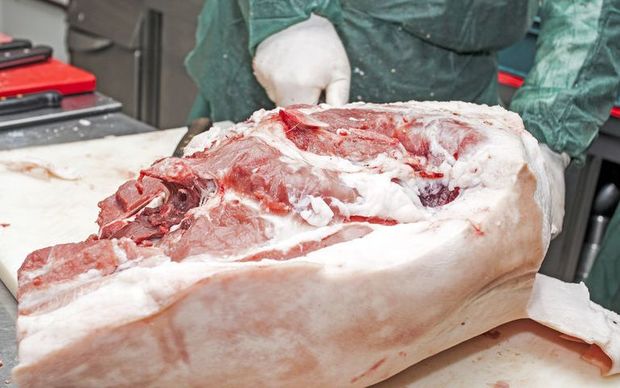 Russia has banned product from the European Union and some other western countries because of the political fall-out from the crisis in Ukraine.

NZ Pork chair Ian Carter said the cost of producing pork made it too expensive to export, and it has left the industry here competing with lower import prices.

He said, with Russia closing its doors, a huge amount has been diverted to New Zealand - and more of the half of the pig-meat products on supermarket shelves now come from imported pork.

"What that's done is put more pork on the international trade market, and so a significant increase has come into New Zealand through March, April, May.

"That, on top of some of the financial turmoil in Europe, has also seen product come in from there.

"The product has come at a fairly low [price] rate, lower than we can produce it in New Zealand. It doesn't have to meet our welfare or environmental standards; it's just traded pig-meat on the international market."

Mr Carter said the effects of increased pork imports into New Zealand may not be felt until later in the year.

"The understanding that we have is that not necessarily all of that product has hit the domestic market yet. It's come into freezers, ready for further processing into bacon and hams, and we understand that a reasonable amount of the product may be the legs for hams for Christmas.

"There are a huge amount of hams imported each year to meet that Christmas demand, so total volume hasn't necessarily hit the domestic market yet, so we haven't seen the full impact from the customers or through to the industry yet."

However, Mr Carter said the pork industry was doing well in other ways and was benefiting from lower grain prices because of the dairy downturn.