Australia have breezed through the second Cricket World Cup semi-final to secure a place in Sunday's final against the Black Caps. 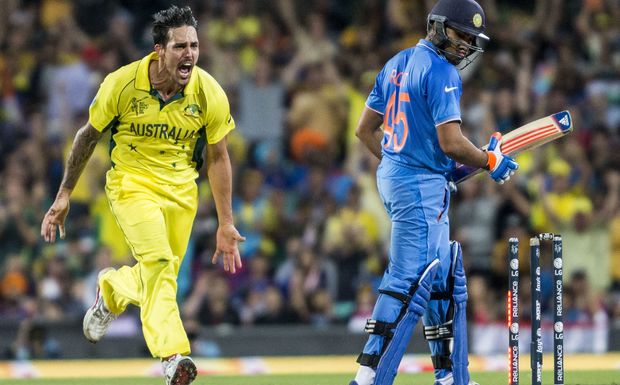 India's reign as cricket's one day world champions is over after Steve Smith scored 105 to fire Australia to a 95-run victory at the Sydney Cricket Ground, giving the co-hosts a shot at a fifth title in Melbourne on Sunday.

Smith's century helped Australia to a total of 328 for seven, the highest in a World Cup semi-final, and although skipper Mahendra Singh Dhoni hit a defiant 65 in what might be his final one-day innings, India were dismissed for 233 in the 47th over. 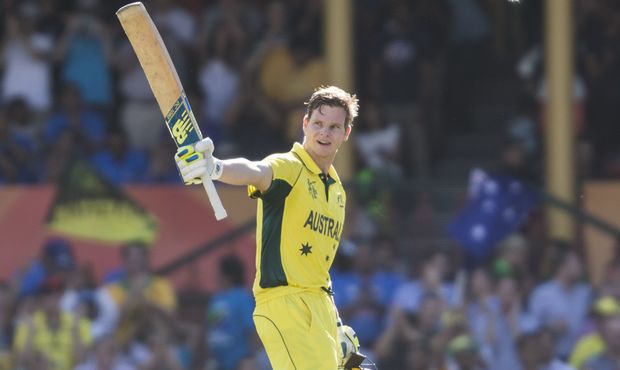 India might have fancied their chances of chasing the target down after making a solid start on a good pitch in perfect weather conditions and backed by the majority of a noisy crowd of 42,330 at the Sydney Cricket Ground.

Mitchell Johnson and Josh Hazlewood had other ideas, however, and they tore the heart out of India's top order by sending Shikhar Dhawan (45), Virat Kohli (1) and Rohit Sharma (34) back inside six overs.

Dhoni and Ajinkya Rahane (44) set about rebuilding the innings with a partnership of 70 but when the captain was run out ambling down the wicket by a direct hit from Glenn Maxwell, the die was cast. 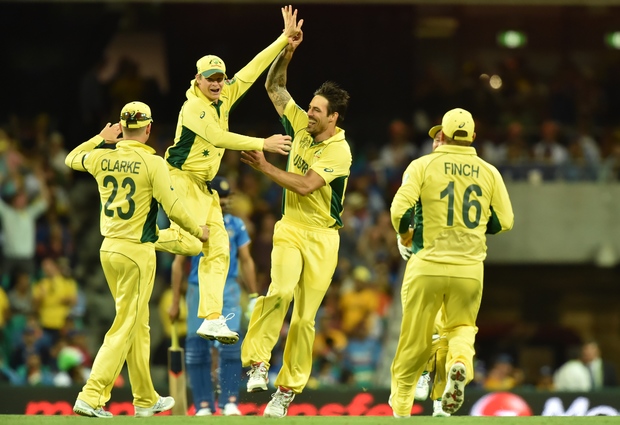 Smith had earlier reprised his role as India's tormentor-in-chief, rarely looking troubled in his 122-minute, 93-ball knock and sharing a second-wicket partnership of 182 with opener Aaron Finch (81).

The 25-year-old hit 11 fours and two sixes to give India a rude reminder of his prolific form in the test series around New Year, when he scored a century in all four matches.

He secured his fourth straight half century at the World Cup in 53 balls and was soon surging towards his fourth ODI century, which he secured from 89 balls with a six and a four off successive deliveries.

A late Johnson cameo of 27 not out off nine balls helped bolster Australia's tally and India will rue their failure to dismiss their opponents for the first time in eight matches at the World Cup.

Skipper Michael Clarke said Australia had not yet peaked at the World Cup.

"The boys played some outstanding cricket," he says. "Smithy was exceptional once again... I was really proud of the execution under pressure from our bowlers."

"Everybody chipped in, once again a lot of the guys sacrificed themselves for the team."