England cricket coach Peter Moores has compounded the horror of his side's exit from the Cricket World Cup by telling reporters "we shall have to look at the data". 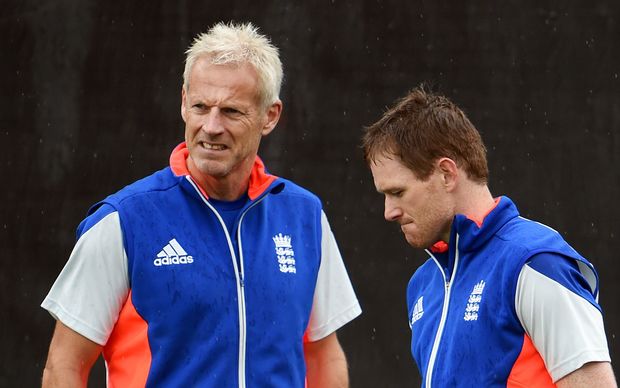 The data from their 15-run loss to Bangladesh overnight would, you think, speak for itself. As would the statistics from the losses to Australia, New Zealand and Sri Lanka.

1. Legendary American football player, coach and executive Vince Lombardi was direct in his approach: "Its not whether you get knocked down; it's whether you get up." There is a song in that, we're sure.

2. England really haven't looked like they've been enjoying themselves. Focusing too much on the data may be the issue. New Zealand running coach extraordinaire Arthur Lydiard put it simply: "From enjoyment comes the will to win."

3. Chicago Bulls star Michael Jordan was the dominant force in basketball for the better part of a decade. The secret to his success? Losing. England, there is hope and more glory (see what we did there?) MJ famously said: "I've missed more than 9000 shots in my career. I've lost almost 300 games. 26 times, I've been trusted to take the game winning shot and missed. I've failed over and over and over again in my life. And that is why I succeed."

4. All Black captain Richie McCaw went from zero at the Rugby World Cup in 2007 to hero in 2011; England, four years can make a difference. Here's what McCaw told The Guardian last year: "Rather than fear of failure, it feels like a weight on the shoulders. When each week if you win you think: 'Oh, thank goodness,' and move on to the next one; I've felt like that at times. But you're never going to take away that expectation on the All Blacks. You just have to put it in a place where you say: 'Right, these 15 players have got the opportunity this week.' And that's actually exciting if you look at it like that."

5. While Muhammad Ali loved a bit of verbal shadow boxing, known as sledging in cricket, he also backed it up in the ring; he wanted greatness: "I hated every minute of training, but I said, 'Don't quit. Suffer now and live the rest of your life as a champion."

6. Venus Williams has always been uncompromising on the tennis court and, for her, the right mindset is key: "Some people say I have attitude - maybe I do … but I think you have to. You have to believe in yourself when no one else does - that makes you a winner right there. "

7. Finally, England could do well to listen to the wise words of Jordan's college basketball coach, Dean Smith: "What do do with a mistake: recognize it, admit it, learn from it, forget it."