England's crestfallen cricket side, knocked out of the World Cup after losing to Bangladesh by 15 runs, are already being put to the sword by the pens of the British press. 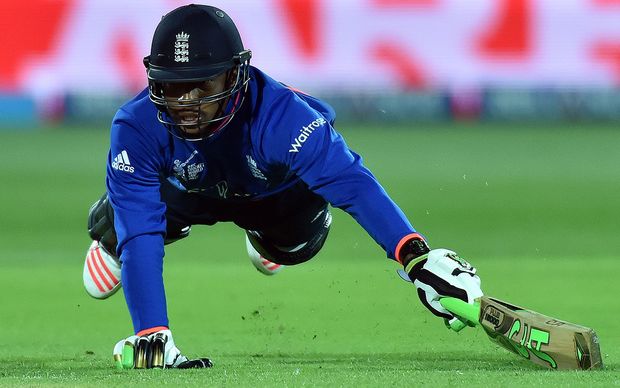 England were knocked out of the World Cup in dismal fashion as Bangladesh claimed a stunning 15-run win.

Set 276 to win, England were bowled out for 260 despite Jos Buttler's 52-ball 65, while Rubel Hossain claimed 4-53. Bangladesh had earlier posted 275-7 in Adelaide thanks to 103 from Mahmudullah and Mushfiqur Rahim's 89.

Mike Selvey, The Guardian: "So at the outset, on what is without question one of the most dismal days in reporting 30 years of England cricket, it was also one of the most uplifting. For Bangladesh did not fluke their win, they did not have the rub of the green, but quite simply played good, controlled, disciplined cricket, led superbly by Mashrafe Mortaza, to overcome a team that looked scared of their own shadows." 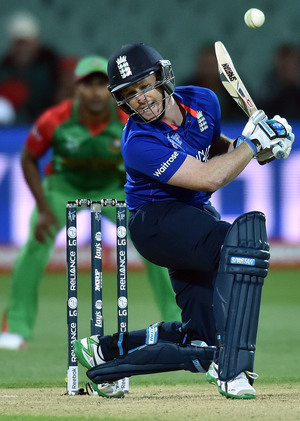 Nick Hoult, Daily Telegraph: "They had a fighting chance but in reality the fight left England long ago and they will leave Australia this weekend a laughing stock. At least that is not new territory."

Paul Newman, The Daily Mail: "The 15-run defeat here by Bangladesh at the Adelaide Oval, which confirmed England's abject surrender, is nothing short of an utter humiliation, an embarrassment that, not for the first time in recent years, leaves them as the laughing stock of world cricket."

Stephen Brenkley, The Independent: "England went out of the World Cup today at the first stage. They lost by 15 runs to Bangladesh in the latest routine disaster of a thoroughly miserable tournament in which they have constantly looked to be adrift in the modern one-day game."

How it happened: full commentary

Coach Peter Moores and captain Eoin Morgan were braced for the furious backlash.

Moores said they thought 275 was chaseable, "We shall have to look at the data."

The England camp feel hollow but must cop criticism "on the chin", he said.

"We have got a lot of passionate fans out there and they are desperate for us to do well. And we know that and we feel it. And that makes you feel, as a person, terrible, because you want to do better."

Morgan, who said apart from disappointment his main emotion was surprise at the failed campaign, wants to remain captain. 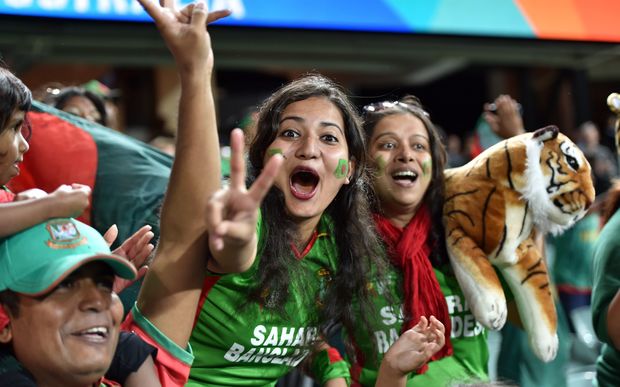 The Tigers have been international cricket's whipping boys for much of the last two decades and few experts expected them to get out of a group that included joint hosts New Zealand and Australia, as well as Sri Lanka, AFP reports.

Fans celebrated at the Adelaide Oval, while in Bangladesh, impromptu victory processions broke out across the country.

Some of the loudest celebrations took place at Dhaka University where around 5000 people had been watching the match in Adelaide on a big screen.