It is shaping up as the match of the Cricket World Cup to date, and New Zealand have some early support ahead of meeting Australia next weekend - from the English press. 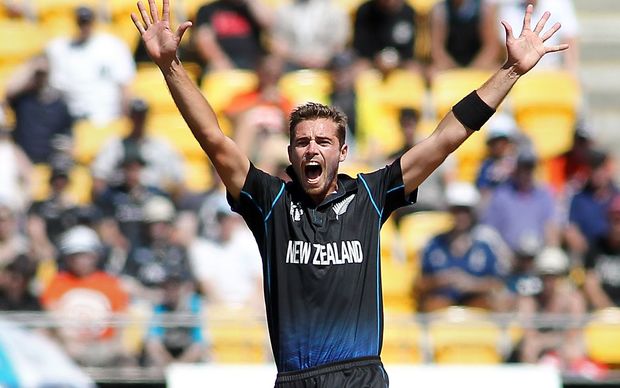 The Black Caps' Tim Southee during the match against England in Wellington. Photo: PHOTOSPORT

The Blacks Caps yesterday humiliated the England cricket team in Wellington, led by Tim Southee's 7 wickets for 33 runs - the best figures by a New Zealand bowler at a World Cup- and captain Brendon McCullum's record 50 off just 18 balls before he was out for 77.

England crawled to 123, while New Zealand knocked the total off in a little over 12 overs.

"England cricketing disasters can come with the bar set very high, but even by their lofty standards this was par excellence."

He praised McCullum's captaincy and said the loss "went beyond the realms of simple humiliation (that happened a week ago in the Melbourne Cricket Ground) and entered that of fantasy, a dream, a nightmare".

There were many comparisons with the waiting Australian team, former England captain Nasser Hussain writing in the Daily Mail that "it is clear there is a huge gulf between what Australia and New Zealand are doing and what England are producing".

Nick Hoult, in the Daily Telegraph, was more explicit about who he thought was the preferred choice of cricket fans.

"They (NZ) are on a par with Australia but play the game without the sledging or nastiness. They would be popular winners of this World Cup." 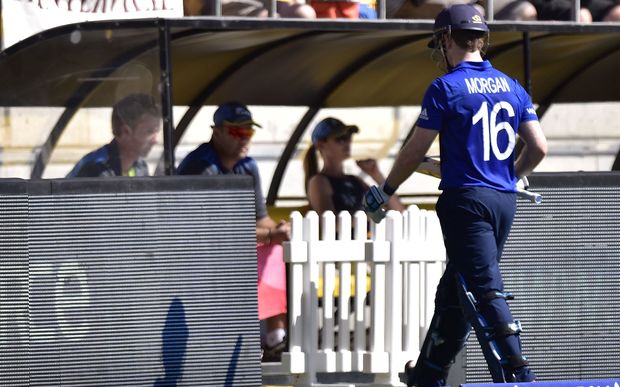