Police say there have been high levels of compliance in Tāmaki Makaurau at its first weekend under alert level 3 - with some exceptions. 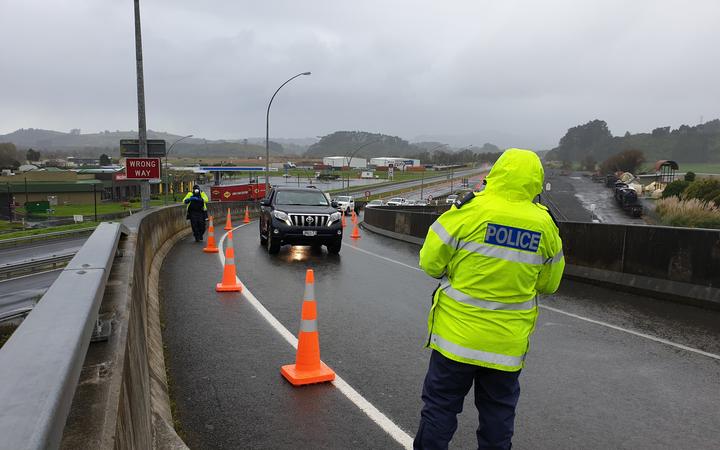 That includes a 55-year-old man, a farmer near the city's northern border spotted driving up his water race in a bid to dodge the checkpoint.

The man was charged with caught driving while disqualified, breaching the Covid order and giving false details after trying to avoid the checkpoint at Vipond Road.

Police have also arrested a man trying to leave Auckland via the southern boundary checkpoint in breach of his bail conditions, with a friend hiding in the back of the car.

The pair will appear in court tomorrow to face drug charges and a Covid-19 order breach.

A 30-year-old man was also arrested after fleeing from police at Auckland's southern checkpoint.