Analysis - As Auckland moves down to level 3 the government's critics accuse it of giving up on its elimination strategy, and Speaker Trevor Mallard's move to stop unvaccinated people entering Parliament's precinct raises debate on an issue that could become a problem. 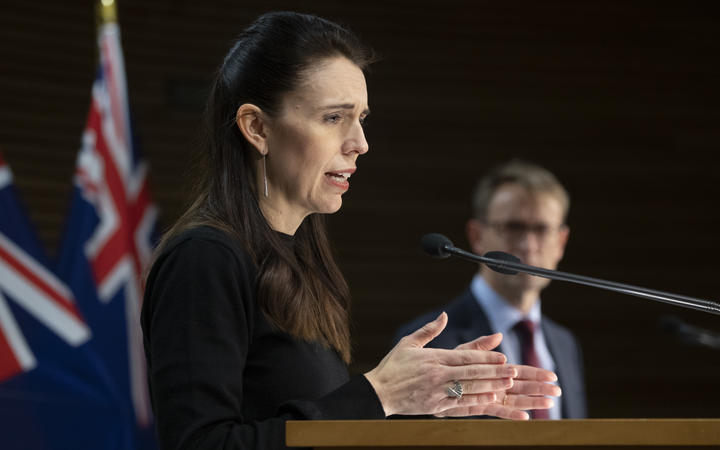 Having announced a fortnight ago that the decision had been taken in principle to move Auckland down to level 3, Prime Minister Jacinda Ardern didn't have much choice but to confirm it.

She did that on Monday, although the city's case numbers had remained about the same as they were when the extra week of level 4 was added.

Ardern and Director-General of Health Dr Ashley Bloomfield justified the move, saying there was no widespread community transmission and most of the spread was through household contacts.

They said level 3 was adequate to handle the outbreak and Ardern insisted the goal was still to stamp it out.

By the end of the week case numbers were still bouncing around and the government's campaign to persuade people to get vaccinated was running hot.

"So in the end it has all come down to politics," said Stuff political editor Luke Malpass. "Despite no obvious improvement in the past week, Auckland's lockdown will move to alert level 3.

"The change does not indicate an end to the elimination strategy - yet."

That was not how Ardern's relentless critics saw it.

"What's actually clear is that the government has given up on the elimination strategy," National's leader Judith Collins said.

"Infection numbers continue to be a concern but the government has sneakily backed away from the strategy since the pandemic started to eliminate the virus and has moved to a suppression approach."

Act leader David Seymour also accused the government of giving up on it.

"During the first lockdown the government kept New Zealanders in level 4 based on the four-day average of 10 cases of the less contagious strain," he said.

"If it now moved to level 3 on a four-day average of 20 cases of Delta, and persistent unlinked cases each day, then surely the elimination strategy is over?"

Newstalk ZB's Mike Hosking said elimination had failed and the government should admit it.

"The numbers tell the story and the numbers are there for all to see," he said.

"We could have, and should have, gone to level 3 a week earlier than we did."

Hosking said the government should have accepted the situation the way Australian states had but instead it "started spinning some more".

"Linked cases, unlinked cases, mystery cases, we got a science lesson in how epidemiology works in the vain hope that we would become so bewildered that when they finally gave up on Monday and put the white flag up the pole we wouldn't notice."

Ardern has not been saying elimination is a never-ending policy. Instead, in recent weeks she's been talking about vaccinations being a game-changer.

What the future looked like depended on the level of vaccinations, she said this week as RNZ reported it was possible 90 percent of Aucklanders could have had their first dose by the time Cabinet reviewed the city's alert level in two weeks.

That figure of 90 percent or 90 percent plus has become the de facto target for the country, although the government continues to say it hasn't set one. Health Minister Andrew Little has used the figure and so has Bloomfield.

The scenario they see is that there would still be mask-wearing and other public health measures but the virus could be controlled without hard lockdowns.

Modelling by Professor Shaun Hendy, released on Thursday at the government's official daily briefing, suggested that with open borders and an 80 percent vaccination rate there could still be around 7000 deaths a year. At 90 percent the situation improved dramatically to around 600 deaths.

Another Covid-19 modeller who has advised the government, Rodney Jones, said Hendy's figures did not pass the plausibility test.

He told Morning Report on Friday they were far higher than were being seen in other countries.

"You can't fight fear with fear," he said. "We can't just throw out numbers and say the world is going to end if you don't get vaccinated… it's just not going to happen, it's making false assumptions."

The latest Ministry of Health vaccination figures show that while the rollout is going well there's still a long way to go. On Friday morning 40 percent of the eligible population (aged 12 and over) was fully vaccinated, 75 percent had been given their first dose and 79 percent were booked in or vaccinated with at least one dose.

If 90 percent was achieved, what would public attitudes be towards the other 10 percent?

That question is being increasingly discussed and Speaker Trevor Mallard brought it into sharp focus this week.

He told Newsroom that staff, the public and the media might not be allowed on the parliamentary precinct if they weren't vaccinated.

At the end of the week he was still consulting with the Clerk of the House and the Parliamentary Service, and was seeking legal advice.

MPs were grumpy about Mallard telling the media before anyone else and he later issued a statement acknowledging that his Newsroom interview may have caused some anxiety.

"The priority, as always, remains ensuring the safety and well-being of all those at Parliament," he said. 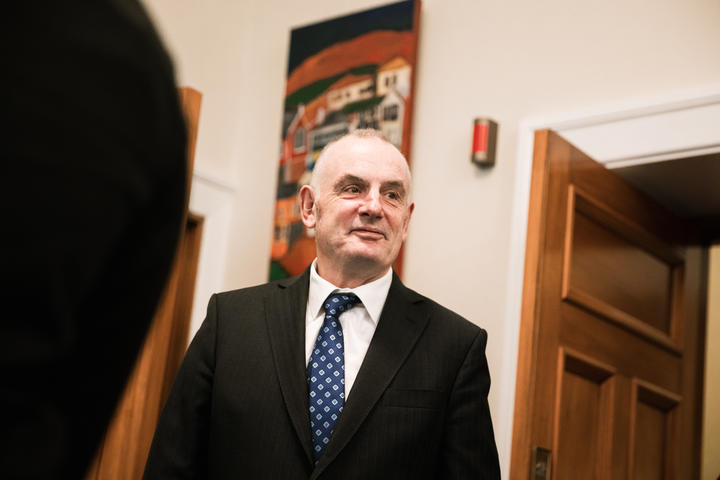 Speaker Trevor Mallard said staff, public and the media might not be allowed on the parliamentary precinct if they were not vaccinated. Photo: RNZ / Samuel Rillstone

"If we've seen Parliament take this lead then it is a signal to employers to go out there and have a 'no jab, no entry' policy," he said.

"You can't have a blanket rule across the board that says all of our employees must be vaccinated," he said.

"What you can do is look at specific roles within your business and make an assessment as to whether or not the employees performing those roles should be vaccinated."

As more and more people are vaccinated it's becoming clear that dealing with the unvaccinated has the potential to become troublesome.

What would happen, for example, if a company has 100 employees, 90 of them are vaccinated, and they refuse to work with the 10 who haven't been?

How people can prove they have been vaccinated is another live issue.

Hipkins told Checkpoint a first stage proof of vaccination would be ready in weeks.

"The first stage is a manual process where you'll be able to download a certificate, and that certificate would be able to be verified," he said.

"For example, it might have a QR code on it. The person you're showing it to can scan it."

The next stage could be digital, something that could be stored on a phone.

In other political news this week

Judith Collins rejected speculation that her leadership was at risk and said she would never resign. She wasn't concerned about recent poor polling. "I feel very secure in it (the leadership) and I know that the caucus is working very hard for the common goal of holding the government to account," she said.

Former leader Simon Bridges, tipped as the MP who would replace her, said he did not intend seeking the leadership. "There's been some negative polls. I think National has to own those polls but I don't think we should be over-reacting to them." 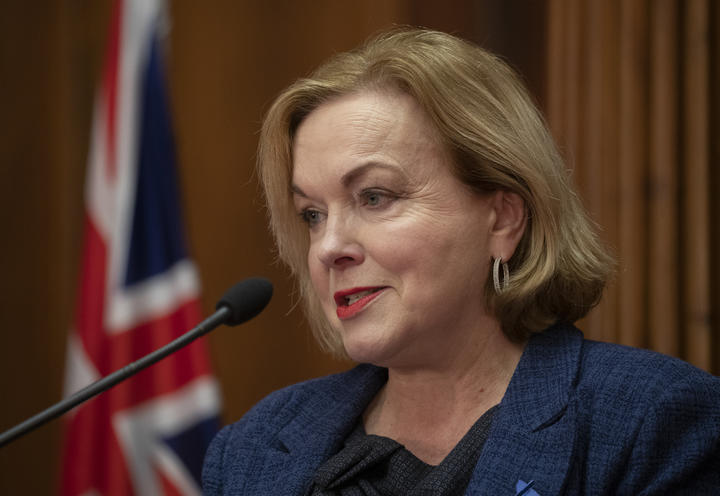 The government announced a 10-year mental health plan called Kia Manawanui. It will set goals and there will be an external monitoring group to check progress. Health Minister Andrew Little said the focus would be on workforce development and specialist support.

The Mental Health Foundation said it was good to see the government finally responding to the 2018 inquiry, but National's mental health spokesman Matt Doocey criticised the plan for lacking milestones and said it was mostly "just nice words".

The new MIQ allocation system started this week and more than 26,000 people entered the first virtual lobby hoping to get one of the 3000 slots on offer. They were gone in 67 minutes. Some of those who lost out spoke of their hopelessness. One woman said she was 16,705th in the queue when she logged on and 90 minutes later she was at 16,704. Slots are awarded randomly.

There will be more slot releases between now and Christmas. The government has previously said demand will continue to outstrip the number of slots being offered.