Victoria does not need to get down to just five cases a day to ease its three-month lockdown which residents are fed up with, says a leading epidemiologist. 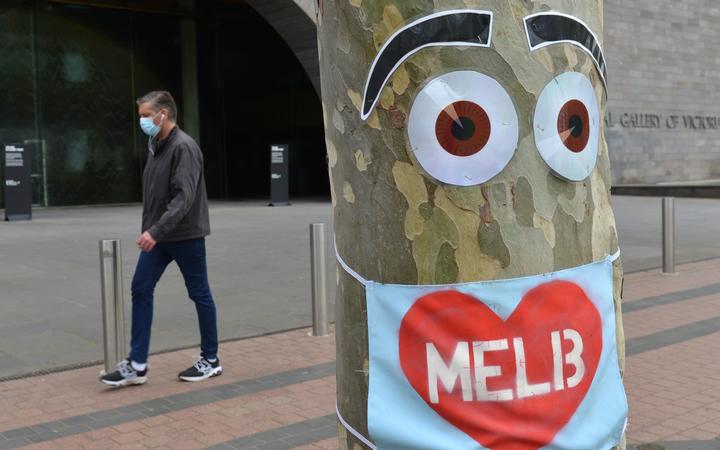 Victoria is due to ease some of its strict lockdown measures next weekend. Photo: AFP

Premier Daniel Andrews said yesterday that Victoria would take a step towards opening up next Sunday, but it would not be as big as was originally hoped.

"It is in no way warranted for people to be despondent, or for people to lose any sense of hope," he said. This strategy is working, but you have got to do it properly." 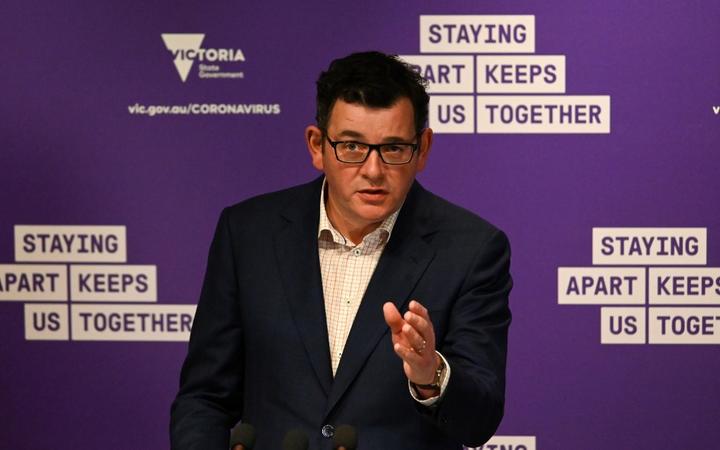 Premier Daniel Andrews is trying to reduce hopes of too much relaxation in Victoria's lockdown measures. Photo: AFP

The state announced 14 new coronavirus cases yesterday, and a third day in a row of no deaths.

The premier said he understood the frustrations with people wanting to get back to a normal way of life, but said any next steps "had to be safe".

Professor Tony Blakely who lives in Melbourne is one of four epidemiologists who has carried out modelling for the state government.

He said a reduction to five cases a day was based on an elimination strategy but that was becoming very unlikely.

"They were trying to get numbers down to a level where we could eliminate but that's looking increasingly unlikely unfortunately, particularly with New South Wales having said that they are not ever assuming they are going to eliminate; they're assuming it's going to keep bobbing along."

Once major borders opened between the two states it would be almost impossible to prevent outbreaks, he said.

Asked about New Zealand's success in once again eliminating the virus, he replied: "Much bigger country here, there's far more land borders, more stuff coming in and out, it's going to be harder for Australia to achieve elimination."

The other major factor was that Victorians were "over it". He, like others, has been in lockdown since 9 July, and working from home since March.

"The population is just completely over it. I just don't know if there would be the compliance to keep going at this hard tail end now." 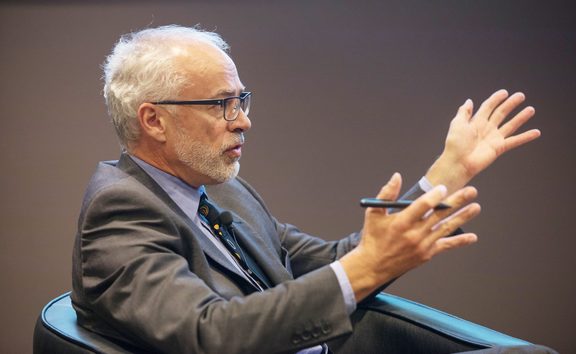 The latest setback with numbers not reducing enough was due to "that hard tail, that sort of part where the curve flattens out before it gets to zero".

He said about a third of the cases were occurring in aged care which was a complex setting to get on top of the virus, and another three or four outbreaks had occurred in the community.

"Which is a bit of bad luck I guess, but it does demonstrate how hard it is to get those numbers down at the end."

Four mystery cases in the last week were a worry in New South Wales which had had had "a fantastic run" and a slice of luck.

"Maybe their luck is coming to an end...

"I think Victoria and New South Wales are becoming increasingly similar. We're starting to converge on this middle ground of tight suppression; trying to keep the numbers at about 10 per day seems to be where we're heading."

As for Victoria's much criticised contact tracing, Blakely said staff were now hitting targets, contacting 99 percent of people within 24 hours and were working on good quality IT systems that have been used in other states and territories.

"We hope it's up to scratch because it's going to need to be. It's the only way we're going to keep the numbers low." 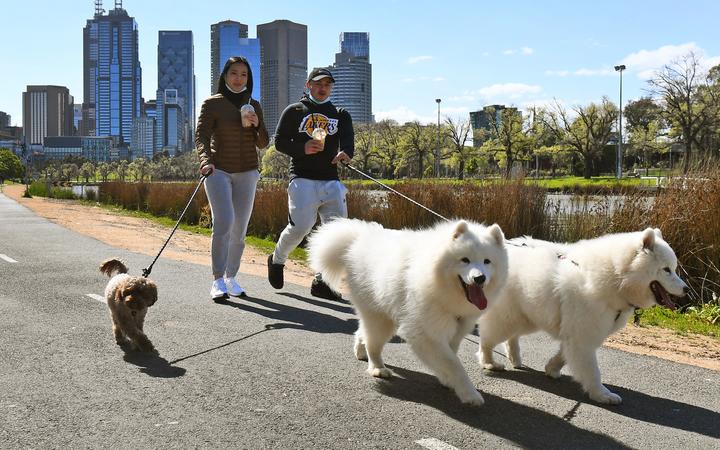 Two people walk their dogs in Melbourne where people are "over" Covid-19 restrictions, an epidemiologist says. Photo: AFP