Australia says it will increase the number of citizens allowed to return home each week to 6,000 as it manages to get new Covid-19 infections under control. 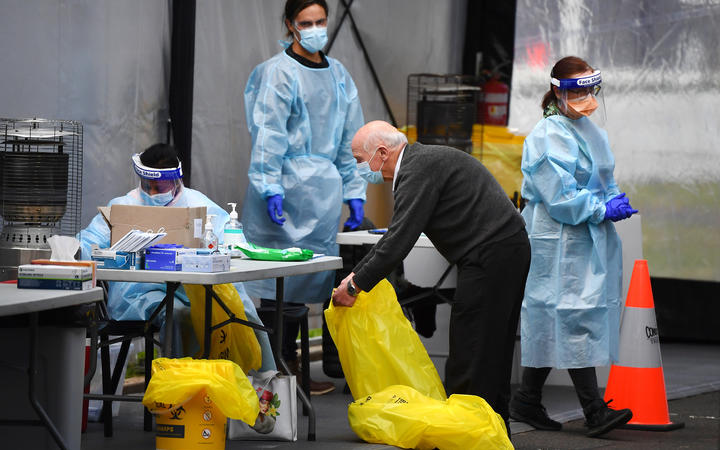 Prime Minister Scott Morrison said the cap on the number of people allowed into Australia each week would increase by 2,000 by mid October after a National Cabinet meeting where states agreed to boost quarantine capacity.

The country's weekly limit is currently set at 4,000 people.

Morrison said there were an estimated 24,000 stranded Australians wanting to return home which the government has pledged to facilitate before Christmas.

"With the success we have had as a country in recent months, we can start opening up again and we can start helping Australians getting home again," Morrison told a press briefing.

Australia is also looking to ease quarantine restrictions for returned travellers from New Zealand who account for 15 percent of returns, to free up hotels for other travellers, Morrison said.

Australia closed its international borders early in the pandemic, and imposed strict lockdowns and social distancing measures, dramatically reducing the spread of the virus. It currently has a mandatory 14-day hotel quarantine for all international arrivals.

Australia has reported more than 26,800 coronavirus cases and 829 deaths, well below the infection and death rates of other developed countries.

Victoria logged 45 fresh cases overnight and five deaths, the highest number of new cases in more than a week, following 28 new cases on Thursday which was the lowest in three months.

Its rolling two-week average of new infections has been falling, raising hopes lockdown measures confining residents to their homes may be eased before the 26 October deadline.

Average cases over the last two weeks in Melbourne, the state's largest city, fell below 50 this week, the benchmark the state set to start easing curbs.

Queensland state said that it would open up its border to residents of the national capital Canberra, which has had no new infections in 10 weeks.

The island state of Tasmania will begin accepting some workers from virus-free states from next week and will look at opening borders more widely from 1 December, its premier said.