The Victorian government has announced a coronavirus business support package worth about $A3 billion ($NZ3.2b), which Premier Daniel Andrews calls the "biggest package of business support" the state has ever seen. 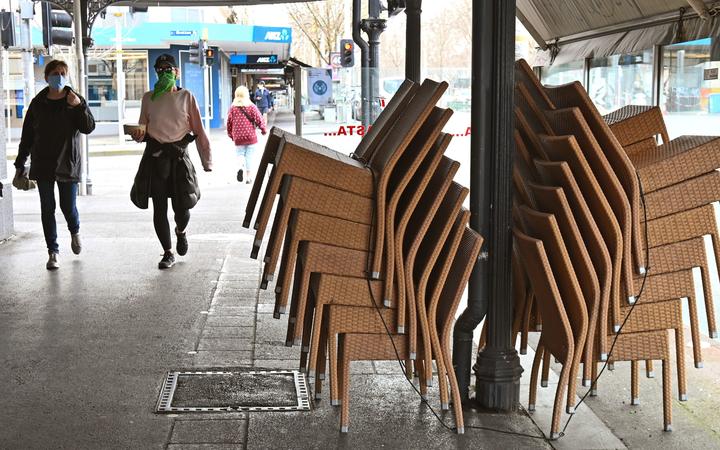 Chairs are stacked up outside a closed restaurant in Lygon Street, usually one of Melbourne's busiest hospitality areas. Photo: AFP

The Victorian economy has been hit hard by the state's extended lockdown during the second wave, with anticipation there will soon be more Victorians on JobKeeper than the rest of the country combined.

Businesses have mounted a campaign for industry to reopen sooner than the current roadmap out of restrictions allows.

The state is forecast to record an unemployment rate of 11 percent in the December quarter, and there are fears some businesses will not be able to afford to reopen once restrictions lift.

"We've never seen anything like this before. It is an unprecedented set of challenges that businesses face," Andrews said.

"I understand that businesses are desperate, not just for profits, but for their people. They are desperate to open up.

"But being opened up for a very short period of time is not the strategy. It is not the reward that Victorians are entitled to, given how much they've done, how much sacrifice they've made. All that they have done has to count for something. In the meantime, we have to support those businesses to get to the other side."

Andrews said money would start to hit people's bank accounts in "the next week or so". 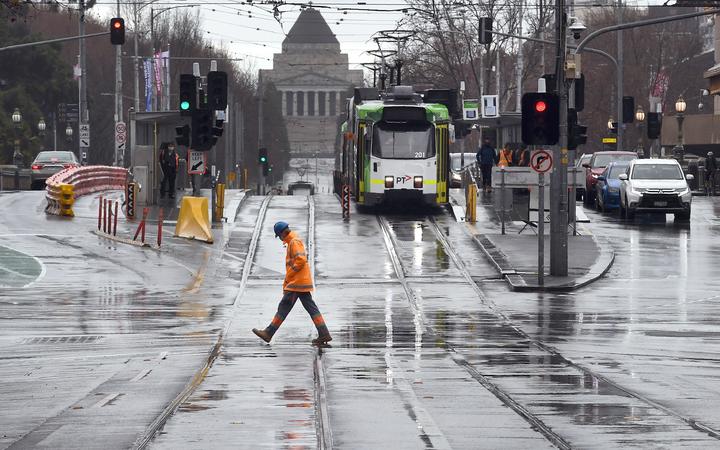 Inner-city Melbourne is almost deserted as its lockdown due to Covid-19 continues. [file pic] Photo: AFP

Treasurer Tim Pallas said the $3 billion in tax relief, cash grants and cashflow support was in addition to about $3b in other support packages already announced this year, taking the overall support to nearly $6b.

More than $1.1b in cash grants will be allocated to small and medium-sized businesses the government says are "most affected" by coronavirus restrictions.

It includes a further $822 million as part of the third round of funding for the state's Business Support Fund.

Minister for Industry Support and Recovery Martin Pakula said the government was looking to "move swiftly" to open the grants in the coming week via the Business Victoria website.

Pakula said the hospitality industry had been "uniquely affected" by the shutdown.

According to the current roadmap, the earliest hospitality venues in Melbourne will be able to reopen to dine-in customers will be in late October, but only if the 14-day average is down to five cases.

That target has come under criticism by epidemiologists for being "too stringent".

Grants between $10,000 and $30,000 will be made available to licensed venues such as pubs, clubs, restaurants and hotels as part of a $251m Licensed Venue Fund. 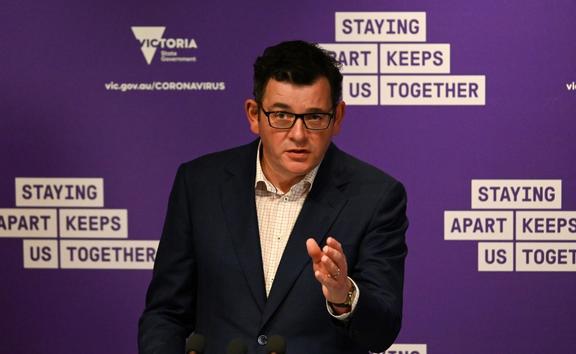 The president of the Victorian branch of the Australian Hotels Association, David Canny, has welcomed the grants.

He said they were recognition the government understood the plight of hospitality businesses.

"But we call on them to rethink their roadmap to recovery," Canny said.

He urged the government to ease restrictions on country hotels and pubs, many of which are more than 100 kilometres from an active Covid-19 case.

"Many of our pubs and hotels are facing financial ruin - a debt cliff - through the disproportionate effects of stage 4 restrictions. Their debt burden is rising daily and, for many, this is becoming unsustainable," he said.

Andrews said he hoped business owners would see the support as a direct result of feedback the government had with them.

"The principal that drives all this work, that is driving the numbers low so you've got a chance to keep them low, that's the only option," he said.

Victoria's ski fields, which have not been able to open for their usual winter season, will receive grants of up to $20,000 to help cover resort fees.

Businesses with payrolls of up to $10m will have their payroll tax deferred for the 2020-21 financial year.

A further $137m worth of tax relief packages will include waiving and deferring charges like liquor licensing fees and the congestion levy.

The 50 percent stamp duty discount for commercial and industrial properties will be brought forward to 2021 and the Residential Land Tax will be waived for vacant properties in 2020.

Long-term support for when 'Covid normal' is reached

The government will invest $44m to help businesses adapt to a "Covid-normal world".

The government will also partner with local business groups and chambers of commerce, providing grants of up to $20,000 so they can help members adapt when the state reaches "Covid normal".

The funding includes $20m for small businesses to access digital programs such as Shopify or Squareonline, and online training and workshops.

Another $8.5m will be put towards marketing and advertising for the government's Click for Vic campaign that was established last month to help Victorians support local businesses, regional producers and country markets.

Businesses will be connected to international markets and helped to adapt their export strategies to respond to the changing global market.