The Director-General of Health says community transmission of Covid-19 in the country is inevitable and people should not be complacent about keeping a record of where they've been. 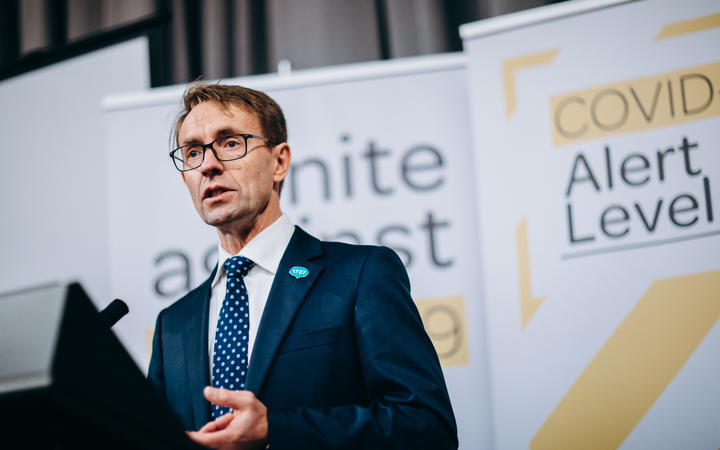 Dr Ashley Bloomfield told Morning Report "it's a matter of when, not if" New Zealand got community transmission.

"That's the value and the importance of people getting into the habit of using the app, getting ready, and recording where they've been."

It has been 95 days since the last case of Covid-19 was acquired locally from an unknown source. But Dr Bloomfield said getting a community transmission case wouldn't necessarily mean the country would move up alert levels.

That scenario could be avoided if people used the NZ Covid Tracer app so contacts could be found quickly, isolated and tested, he said.

"The key thing is finding a case as quickly as possible before it has a chance to spread too far in the community."

He said even just registering on the app would mean that the authorities could be assured they had up-to-date contact details of people.

The app had also been handy in following up with people who had been in the same places as the person who tested positive for the virus later in South Korea, he said.

"As part of the follow-up in contact tracing on that, we did have some people who we followed up who have got the app and they uploaded their data to us as to where they had been ... so there is value in the app and it complements our manual and automated contact tracing, which we've now got set up across the country linking all the public health units."

Shops, restaurants and schools across the country are being asked to redouble their efforts to display QR codes for the Covid scanner app.

Although a business forum leader says about two-thirds of businesses already have the QR code for the app, according to Dr Bloomfield, and the Ministry of Health is pushing for them to get QR codes displayed.

But despite more than 600,000 Kiwis registering for the app, regular use has been slow to catch on and Health Minister Chris Hipkins has been urging the public to do their part.

"People are not tending to use the app, and that's what we want to encourage them to do. I heard some comments 'oh we'll wait until the first case or wait until there's transmission'," Dr Bloomfield said.

"Remember the app keeps the record of where you've been for a month, and we actually need to look back to where people have been. So now's the time to get the app and get used to using it."

In a Cabinet paper from June, it shows Dr Bloomfield had argued for the app to be made compulsory for businesses, according to Newsroom. And Dr Bloomfield said that option was not off the table.

"They could be made compulsory if necessary that's still an option, but having the codes there is one part of it, we do need people to have the app and to use it, it's straight-forward and really doesn't take long. And now of course the app's got more functionality, you can retrospectively put in entries manually which we're seeing a lot of people doing now too."

The app is also being updated so that it is compatible with older software on smartphones, and Dr Bloomfield believed that would help increase registrations.

Another option that was being pursued in parallel with the app is a CovidCard.

"It may have a specific role and that's about the bluetooth-to-bluetooth detection so you can see if people have been in proximity with each other. There's also an option to do that with the phones with using bluetooth to bluetooth functionality," Dr Bloomfield said.

Dr Bloomfield told Morning Report the ministry was actively looking at scenarios where mass masking may be required.

"We're looking at situations where masks might be deployed and recommended for the general population ... our thinking at the moment is that even at alert level 2 we would be encouraging people to use them in confined spaces, so public transport, shops and so on."

But that would be considered voluntary at level 2, he said, and his intuition is that it would be ramped up to mandatory at level 3.

"Because remember you're deploying all these things including the masks to try and avoid going into a lockdown again."

While there was no firm decisions on masks yet, he encouraged people to have some stocked at their homes, in the same way they have an earthquake kit in case of emergencies.

Work was also underway to check how much is available in the private sector and to ensure there was enough for everybody, Dr Bloomfield said.