An organiser of the Black Lives Matter protest in Christchurch is standing by his decision to help create the event, despite social distancing rules not being followed. 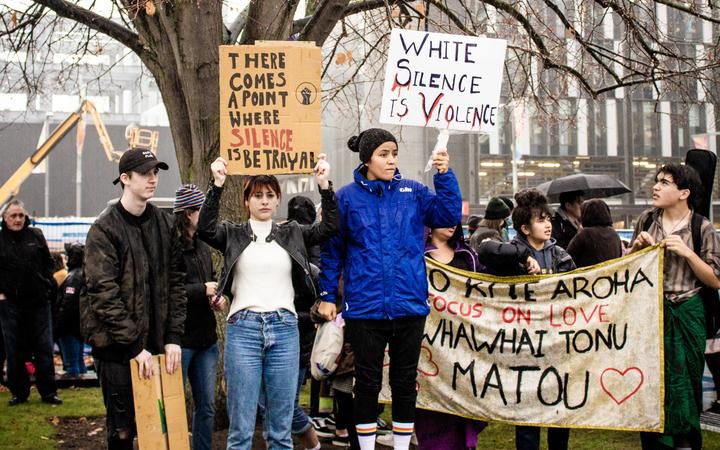 It was one of several events held around the country over the weekend in solidarity with protesters in the United States after the police killing of George Floyd.

Christchurch protest organiser Will Hunter stood by his decision to help create the event despite level 2 restrictions still being in place.

"In all of our communications we encouraged people to wear masks, not to come if they felt unwell and to stay socially distanced," he said.

"We were giving out face masks and disposable gloves at the protest and we set out cones and barriers to try and encourage people to separate into different sections.

"The original idea was to ask people to stay two metres apart from other bubbles. Unfortunately, due to the turnout, that wasn't possible."

He estimated about 700 people attended. 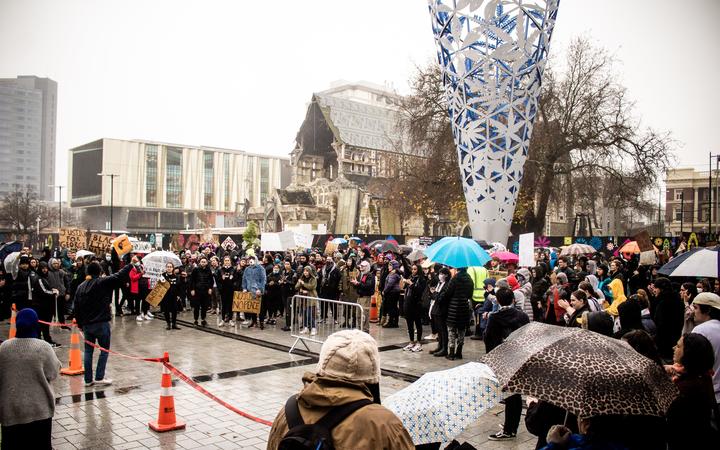 Hunter said he did not regard the event as any different to being in one of the shopping malls which were busy over the long weekend.

Asked how he'd feel if someone at the protest did have Covid-19, he said: "I'd probably feel the same sense of responsibility as the person in charge of opening Westfield and having several thousand people through there on Saturday."

Deputy Prime Minster Winston Peters said that the mass gatherings in this country should have resulted in prosecutions for breaching level 2 restrictions.

If not, he questioned why the country did not move to level 1.

"We cannot have rules where some people decided that they don't wish to comply and there are no consequences," Peters said.

"Either that or we've got the wrong level of shutdown right now."

Hunter said he was aware of the risk of prosecution when he organised the protest.

He had not been contacted by police, he said.

"I think it was incredibly important [to hold the protest]. It's really easy to just watch things happen and not do anything about it and things get worse and worse."

Prime Minister Jacinda Ardern said the flouting of rules was not an argument to move away from them.

"I don't wish to stop peaceful protest any more than I wish to stop a funeral and a tangihanga or a wedding right now, but we have the rules there for a reason, and it is to look after people's public health."