The retro neon sign that lit up Auckland's beloved Asian food hall Mercury Plaza has been redeployed for a worthy cause - a lockdown game of scrabble.

And (spoiler alert) it won't be the sign's last hurrah. 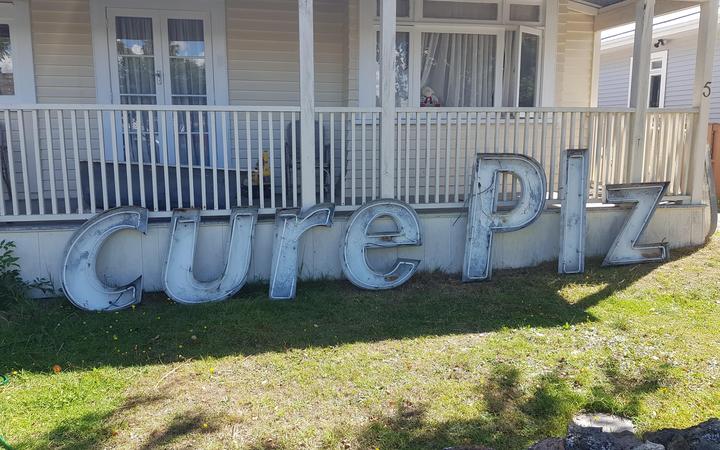 On a Mt Eden front yard, the large separate letters have been rearranged into words spelling out the human condition during weeks of isolation - changed from 'pray' one week to 'cure' the next.

When the iconic building on Mercury Lane was demolished last year to make way for an underground station for the City Rail Link (CRL), the sign was the one item the owners saved.

"I'm really surprised at the number of people who recognise the words as being from Mercury Plaza, but then I guess it was quite an institution," said Ray, who prefers to keep a low profile.

"I felt by having the sign here it's a good thing to continue a bit of that legacy. Quite a few people are really happy to see it again."

He was storing the sign in his garage when his son Martin, 9, suggested making use of it.

They made their front yard scrabble debut with the word Nu Year, changing Z to N and N to U, to mark Chinese New Year.

When coronavirus started spreading through other parts of the world then New Zealand, they turned the focus to words that mirrored how they felt, with words including 'mercy', 'pray', 'paralyze' and 'cure'.

"It was quite hard to take in, seeing so many lives lost, and it was quite emotional at stages during the lockdown," said Ray.

It's become an attraction in the neighbourhood, and Ray said people have been taking photos.

"It's quite amazing the number of words you can come up with. It's been a lot of fun, it's just one thing leading to another. We just went along and tried to think of the next one."

He said Martin suggested lighting up the signs and they trialled LEDs in the word 'Anzac' to commemorate Anzac Day. 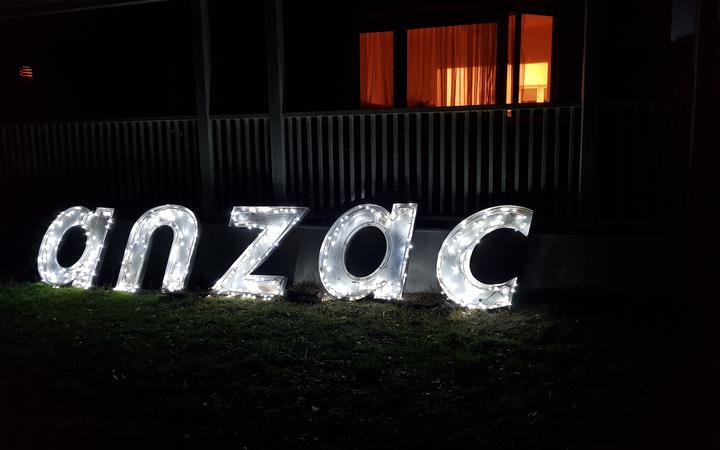 Ray said this won't be the sign's last public display - his family had owned Mercury Plaza for 25 years and have plans to redevelop the site once CRL construction is complete.

They are considering design concept plans.

"Whatever goes up there will be really great and some form of hospitality," said Ray, adding they plan to put the retro neon Mercury Plaza sign somewhere in the new build as a link to the original food hall.

Until then, Aucklanders will have to walk along Whitworth Road in Mt Eden to see the iconic sign.

Ray plans to change it to 'calm' soon, then offer readers 'reward' when level 3 is over.

"Once we come out of this lockdown I think everybody's going to get a pat on their back for what we've done, we're the best in the world for lockdown," he said.