When Laura Freeman drives into town on the island of Majuro, she sees the lagoon on one side and the ocean on the other.

There's only one road on the largest of the Marshall Islands - and no way out. 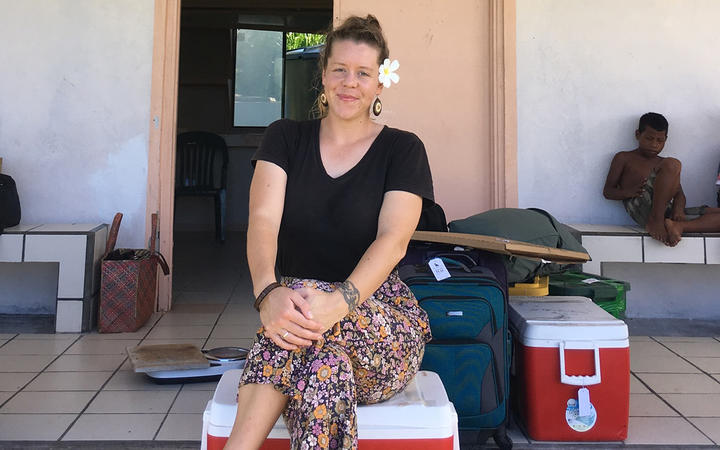 New Zealander Laura Freeman has chosen to stay in the Marshall Islands, which is so far free of Covid-19. Photo: Supplied

The tiny Pacific nation - population 53,000 - is one of the few countries in the world to have no reported cases of Covid-19, after shutting its borders on 9 March, weeks before other nations.

Freeman, originally from Christchurch, has lived and worked there since 2018 and has chosen to remain as the situation worsens elsewhere.

"At the moment, without Covid-19 here, it just seems really silly for me to leave and go to New Zealand where everything is starting to lock down," Freeman said.

She and other international workers, including half a dozen other New Zealanders, had watched colleagues leave in recent weeks.

Each departure made them second-guess their own decision, she said.

"The main thing that's a bit scary is that we can't actually leave now … United [Airlines] put out a notice saying that the last flight out would be 20 March and they're not coming back till 13 or 14 April and then after that, May."

She was worried about what she would do if anyone in her family back in New Zealand got unwell and she could not go home to be with them.

"That feeling of isolation from the rest of the world now is very real."

It was surreal to watch the global pandemic unfold from the safety of the islands, Freeman said.

"You see the photos in Italy of the trucks down the street carrying out the bodies and all of this stuff, it just seems so bizarre … you do feel very far removed."

Apart from the border closures, "nothing very extreme" had happened to change daily life, she said.

Ships were still allowed to dock, although with a quarantine period, meaning food and other essential supplies were still arriving.

"It's normal here, apart from everyone preparing on the off-chance that it did come here," Freeman said.

"It's like living in a small town. You see people you know everywhere you go, it really does have a small-town vibe. You go to the supermarket and see one person and then you see them half an hour later at the bank."

If Covid-19 did arrive, it would be "devastating" for the island nation, she said.

"They're really stretched as it is. We've had a dengue fever outbreak since mid-last year and that's really put a toll on their system.Then we had the threat of measles as well. There's really bad influenza here, there was rotavirus last year - so there's already lots of things they've been slammed with and had to deal with. I think that's why they acted so early, because they knew that they needed to buy themselves more time to prepare."

Meanwhile, life was going on.

"Obviously it could change in a minute. If there's one case here then the whole country will shut down."