Chinese officials have given figures for health workers infected with the new coronavirus, amid concerns about shortages of protective equipment. 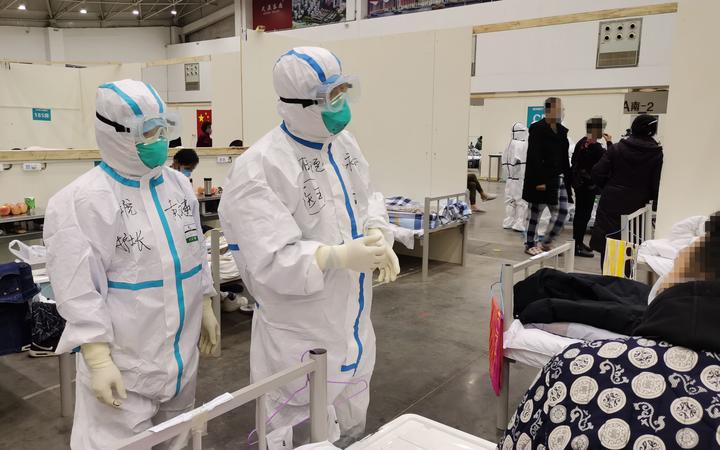 Six health workers have died and 1716 have been infected since the outbreak, they said.

The death a week ago of Dr Li Wenliang, who tried to warn authorities early on about the virus, provoked a burst of public anger and grief.

More than 1300 people are now known to have died from the virus.

The latest figures show 122 new deaths in China, bringing the toll to 1381.

The total number of infections has jumped to 63,922 cases, according to the National Health Commission.

The World Health Organisation said there was no major shift in the virus's pattern of mortality or severity, despite a spike in cases in Hubei, the epicentre of the disease, on Tuesday.

Most of this was down to Hubei using a broader definition to diagnose people, said Mike Ryan, head of WHO's health emergencies programme.

There was also no significant rise in cases outside China, the WHO said.

However, a cruise ship docked in Japan, the Diamond Princess, saw 44 new cases, bringing the total there to 218.

Zeng Yixin, vice minister of China's National Health Commission, said 1102 medical workers had been infected in Wuhan, where the outbreak began, and another 400 in other parts of Hubei province.

He said the number of infections among staff was increasing.

"The duties of medical workers at the front are indeed extremely heavy; their working and resting circumstances are limited, the psychological pressures are great, and the risk of infection is high," Zeng said, quoted by Reuters.

Local authorities have struggled to provide protective equipment such as respiratory masks, goggles and protective suits in hospitals in the area.

One doctor told AFP news agency that he and 16 colleagues were showing possible symptoms of the virus.

Another medical worker said she and more than 100 other staff at her hospital had been quarantined. A further 30 had been confirmed to have been infected there out of a staff of 500, she told CNN.

On 7 February the plight of medical workers was highlighted by the death of Li Wenliang, a doctor at Wuhan Central Hospital who had tried to issue the first warning about the virus on 30 December.

He had sent out a warning to fellow medics but police told him to stop "making false comments". 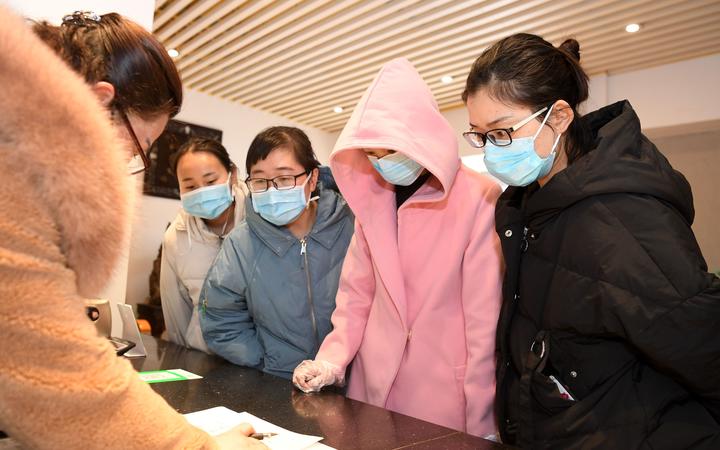 Health workers register to work at a hotel opposite a hospital in Hefei, capital of east China's Anhui Province. Photo: AFP

What is happening on the Diamond Princess?

The vessel is in quarantine in Yokohama, in southern Japan. Not all the 3700 people on board have been tested yet.

People with the virus are taken to hospitals on land to be treated, while those on board are largely confined to their cabins.

However on Thursday Japan said it would allow those aged 80 or over who have tested negative for the coronavirus to disembark.

Health Minister Katsunobu Kato said they could be allowed off the ship as early as today but would have to stay in accommodation provided by the government, the Japan Times reported.

Meanwhile, another cruise ship - the MS Westerdam, carrying more than 2000 people - docked in Cambodia after being turned away by ports in Japan, Taiwan, Guam, the Philippines and Thailand despite having no sick patients on board.