The government has finalised intensive winter grazing rules which come into effect later this year. 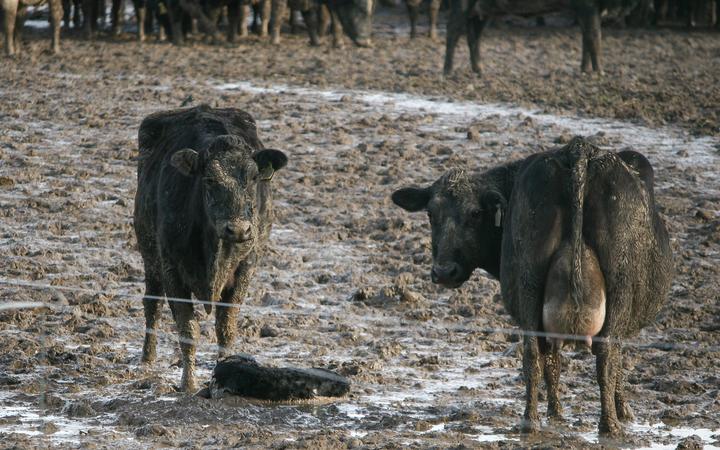 Specific requirements around the depth of pugging have been removed. File photo. Photo: Geoff Reid

Intensive winter grazing is when livestock are fed fodder crops - when done poorly it can create a muddy mess leading to animal welfare and environmental issues.

Regulations aimed at improving intensive winter grazing practices were supposed to come into effect from May last year - but farmers raised concerns over the workability of the rules, which led the government to amend them and put them out for consultation.

Environment Minister David Parker said the government had listened to feedback from farmers, industry representatives, iwi and hapū, environmental groups and regional councils, and had improved the rules to ensure they worked better to achieve environmental outcomes.

The amendments will require grazed annual forage crop paddocks to be re-sown as soon as conditions allow, instead of by a set date which was initially proposed.

Specific requirements around the depth of pugging have been removed and replaced with a duty for farmers to take all reasonably practicable steps to minimise the effects of pugging on freshwater.

But any critical source areas in winter crop paddocks need to be identified and cannot be grazed and any grazing on slopes over 10 degrees needs to done under a resource consent or through a certified freshwater farm plan once they become available.

Parker said the changes would help protect the soil and waterways by placing greater importance on paddock selection and ensuring land was suitable for winter forage crops.

"The government has changed the impracticality of the pugging rules and sowing dates which is quite a significant change - it was so impractical at the beginning and they've acknowledged that.

"Feds would like to acknowledge the hard work that all the officials have put in behind the scenes and those who submitted because it is a really big win for common sense."

Allan said he was concerned about the 10 degree rule.

"That threshold is extremely conservative, most lawns and gardens in towns have more excessive slopes.

"It means there's going to be a lot more bureaucracy attached to requiring either resource consent or having to do an extremely onerous plan for what someone might determine as a minor part of a paddock, that's going to be a problem.

"We're on the Canterbury Plains, and we can see problems on our flat land already, but look they've changed the most unworkable parts, we'll work with officials to try and get the other bits, right. They're going in the right direction."

Allan said now farmers had clarity around the rules they could begin planning for when the rules take effect on 1 November - in time for the 2023 winter grazing period.