The animal showing circuit has been left devastated by the cancellation of the Canterbury A&P show. 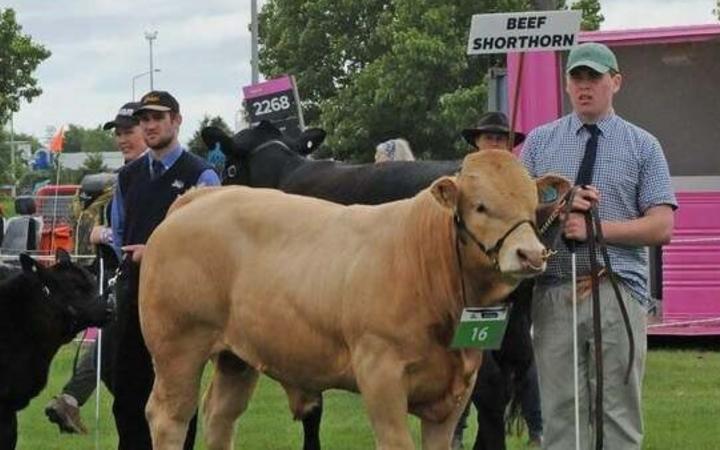 Louie Herbert shows off one of the family's cattle. Photo: Supplied / Chris Herbert

Organisers of the country's largest A&P show made the decision today to cancel next month's event.

It's the second year the show has been cancelled due to Covid-19 restrictions.

The show which attracts about 100,000 people over three days is the main showing event for many farmers and breeders around the country.

Chris Herbert who is the only registered blonde d'Aquitaine stud breeder in the country is on the show's committee and was planning to show three animals this year, including his bull, Paul.

"We were just taking three this year focusing on quality over quantity - so yeah they'll probably be a bit disappointed as well as they're all looking in really good condition for the show but yeah it is what it is."

Herbert said the event is an opportunity for farmers to show what they're doing, discuss breeding and have a social catchup.

"Months and months of work goes into preparing for the show. We do a lot of halter training and getting them in the right condition to be looking good and there's a lot of expense with the feeding and preparation to get them there, so a lot of people are disappointed that they won't be able to show off their hard work.

"People compete at the show for different reasons, for some it's the shop window, it's an opportunity to show other people in the business what you're doing and what you're producing. For others they do it as a hobby."

Herbert said the show is also a great way to gap the rural, urban divide.

"It's the biggest livestock show in the country by quite some margin and it's a great opportunity for the public to have some connection with what's going on in the rural community.

"The city farmyard is probably the most popular part of the show. Thousands of people would go through every day - it gives city kids a chance to see and touch a goat or a lamb or a puppy but unfortunately they don't have that connection with the rural community anymore."

Herbert said the show's organisers are talking about holding smaller competitions and events to replace the A&P show.

Andrew Stokes sits on the general committee of the show and this year was due to be the convenor of the beef section. 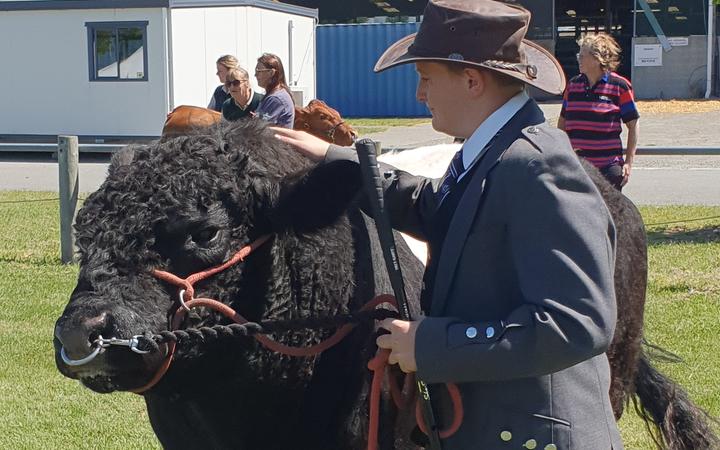 A beef, sheep and dear farmer near Oxford, Stokes runs an angus stud and his son runs a belted galloway stud.

"We were going to take a couple of cows, some heifers, yearling bulls and a stud to the show this year.

"Pretty gutting that it's not happening again this year - I'll miss the community side of things, it's a great chance to get out and meet people and catch up with people we see at the show from all around the country."

Like Herbert he said the show is a great opportunity for people to get up close and personal with animals they've not seen before.

"My son's belted galloway seems to bring the people in and I enjoy that interaction with the public, explaining what they are and what they're used for.

"It's also the competing; I've been at the top of Canterbury before and it's a pretty awesome feeling having the top cattle beast in New Zealand at the time, yeah it's magnificent."